Mikaela Odemyr is the president of the European Federation of Allergy and Airways Diseases Patients’ Associations (EFA).

What is the best way to strengthen prevention of COPD? Do you believe that the new rules introduced in the Tobacco Products Directive are enough?

There is no better COPD prevention that informing about the disease. Even if COPD affects one in ten adults over 40, many people do not know about it, and those who have heard about it connect it with smoking only, which is not always the case. COPD is a kind of a blame disease, meaning that it is your fault if you get it. However, the true face of people with COPD and their families is not like that.

The Tobacco Products Directive is an effective measure to control how tobacco is sold in the EU, but it is not enough to prevent COPD. If politicians do not think about COPD as a respiratory disease not only caused by tobacco but also things like bad air quality and that there are real people with potential behind the ‘problem’, then COPD will not be solved.

The only way to stop COPD from being a public health crisis is a targeted approach to reduce chronic respiratory disease, undoubtedly with stricter rules for tobacco and smoking, but also with resourced smoking cessation programmes to support quitting smoking, and measures to reduce occupation exposure to gases, fumes and smoke in the workplace, causing 15-20% of COPD cases. And to prevent specifically COPD we could have targeted air quality policies, not only addressing traffic and industrial emissions but also the establishment of smoke-free public places such as parks and beaches.

What are the practical implications of COPD for patients?

Life is possible with COPD! It is the quality of life that will vary depending on the stage of the disease. Its lack of oxygen, which is vital for all of us! COPD patients all feel breathless, because of the inflammation in the lungs that damages lung tissue and narrows the airways, making breathing progressively worse. Another major symptom is mucus, that makes you cough.

These together take your breath away and eat up your energy, affecting your whole life. It’s a vicious circle, with limited physical activity the body deteriorates, leading to the development not only of other chronic diseases like heart disease and diabetes but also to even severe depression. That’s why COPD patients need guided physical training and psychological support as much as they need medicines, oxygen therapy, and support to quit smoking.

Your organisation focuses a lot on early diagnosis. How can this be achieved?

Late diagnosis is literally cutting the wellbeing and life of COPD patients short. The earlier the diagnosis, the more chances they get to stop or slow the damage to the lungs. The good news is COPD can be spotted with a lung function test called spirometry.

The bad news is that in some EU countries spirometry tests are not prescribed easily, and education for interpretation of the results is often not sufficient. What is worse, smokers, ex-smokers, and others at risk of developing COPD do not systematically have spirometry tests in their health check-ups.

Even if the EU is a pioneer on new scanning and prediction techniques for accurate diagnosis and personalised medicine, these techniques are not yet available in ordinary practice. The reality is that we desperately need information campaigns about the disease, not only to prevent it but also to be alert about its symptoms and enable timely diagnosis and to encourage patients who already have it. 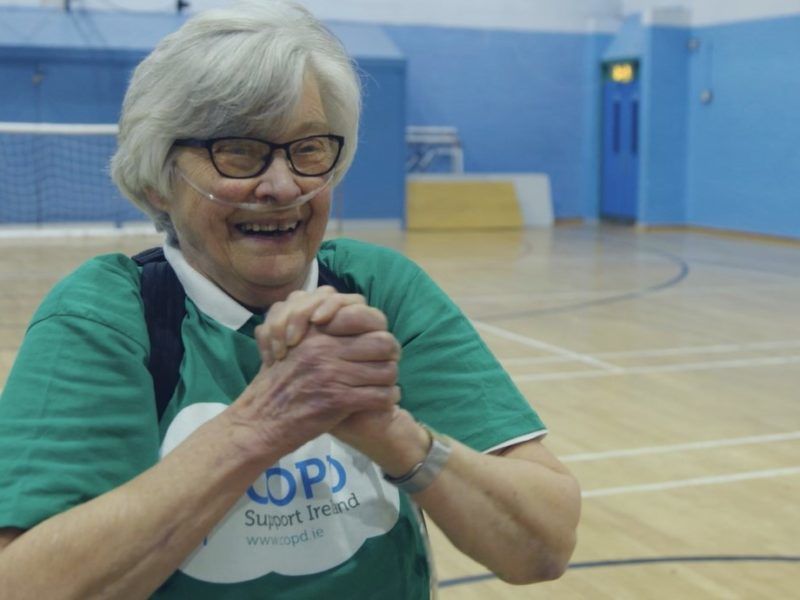 According to the World Health Organisation (WHO), chronic obstructive pulmonary disease (COPD) is a lung disease that results in changes in several different parts of the respiratory system and lungs at the same time. But it is far more than just a ‘smoker’s cough’.

You are pushing for a harmonised approach on EU level and better coordination among EU member states. What is the main challenge for that?

Access to health disparities between EU countries is huge. At EFA we have been asking for a strong signal from the EU to be strategic with the prevention and care of chronic diseases, especially with the most lethal and costly ones like COPD. The main challenge is that our healthcare systems have been conceived to treat, more than to prevent, and to treat in the short term.

That is why emergency hospitalisations due to COPD decline less than expected. I think that in our era of chronic diseases, prevention and care should be planned to look not only at how the healthcare system will cover the needs, but also at how environment, research, and social policies can respond to the COPD epidemic.

Already one in three members of the European Parliament have shown their commitment earlier this year to adopt such an approach in the written declaration on chronic respiratory diseases, but that is not enough to have real action. I think the main challenge is to make COPD visible for politicians, starting with the numbers of affected people and cost, but also with the implications it has to our ageing societies and quality of life.

What are the advantages of a better access to rehabilitation?

A better quality of life! Physical exercise and rehabilitation are effective weapons patients have to combat COPD and recover from worsening episodes. When you have trouble breathing is a horrible feeling, like breathing through a straw.

Pulmonary physiotherapy allows COPD patients to get fit to go back to work, keep up with their lives and be independent. In Sweden, patients are directly addressed to a COPD school in hospital. Another problem is isolation.

Physical exercise in groups can overcome that because COPD patients they can be out in the community, encouraged by others, and share about the disease like we have seen in our #COPDMove video series with patients. Rehabilitation and daily exercise should be a non-negotiable part of the treatment for COPD. It also reduces hospitalisations and exacerbations and most importantly, it is an empowering tool for patients to cope with COPD and self-manage.

COPD is the second biggest “silent killer” worldwide. Why has it been neglected all these years?

Many patients feel stigmatised because their COPD is mainly explained by smoking, so it is treated as a scary, miserable, blame disease.  You call it a silent killer, and it really is, because of the stigma it poses to patients and the loneliness of dealing with it alone. Healthcare systems are not very well tooled to fully embrace COPD patients. But, we have come a long way in ten, twenty years when no-one had heard about COPD. We now need to tackle it head-on and give hope and life back to patients and their families.