Spirits boss: ‘Our products bring lots of joy and happiness’ 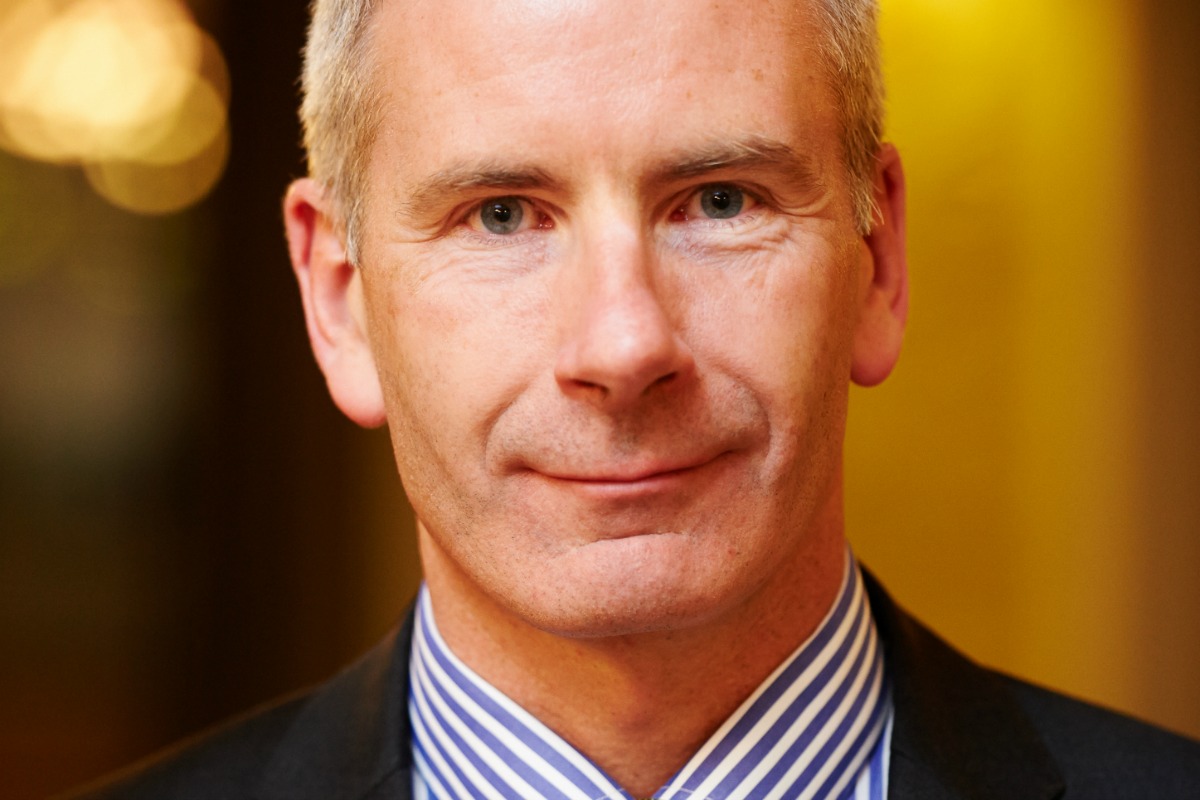 Paul Skehan, the director-general of SpiritsEurope

Whiskey, Gin or Cognac bring “lots of joy and happiness” to those who drink them, says Paul Skehan, the boss of SpiritsEurope. But he also admits spirits have “a double side to them” and worries about attempts to overtax a sector whose exports are booming, especially in Asia.

Paul Skehan is the director-general of SpiritsEurope, the European representative body for producers of spirit drinks with 32 national associations representing the industry in 25 countries. He spoke to EURACTIV’s publisher and editor, Frédéric Simon.

What do you mean by “responsible drinking”?

We’re a sector which has products which, when consumed properly – responsibly, moderately – bring lots of joy and happiness and a very convivial feeling to those who drink, at weddings and so on. And that’s absolutely fine.

But there are also products which if consumed badly – too much or at the wrong time – cause damage, ill-health or social disruption. So we know our products have this double side to them.

So what do we mean by responsible drinking? How do we make sure our products are only consumed in that way? Lots of work has got into this from different researchers and scientists from around the world who try to come up with recommended guidelines for how much people should drink.

We have various programmes, like in France, with the “2,3,4,0” programme. Essentially, it says that if you’re an adult woman, you shouldn’t drink more than two units of alcohol per day.  If you’re a man not more than three. Never more than four at any one sitting. And the zero part is you should take one or two days a week when you don’t drink at all.

These guidelines are now common around Europe.

Does “responsible drinking” mean drinking less, especially in some countries? I’ve seen figures on your website showing Bulgarians were quite heavy drinkers of spirits…

Sure. Our site www.responsibledrinking.eu is a portal which allows anyone to click on their country and brings you to the responsible drinking guidelines that our members have put in place and which are aimed at the local population. It’s not all in English. It’s translated. It’s relevant to the local area, and takes account of idiosyncrasies of a particular country.

How can this “drinking less” message be good for your industry’s bottom line?

There are two things about harm caused by alcohol. One is, you should not drink too much, so those who drink too much should drink less. The second part though is how units are consumed, and how alcohol is consumed.

Taking the two extremes of Europe – the Nordic countries and the Mediterranean countries – what you’ll find is that per head of the population in Sweden, Finland and so on, they drink less than say the Italians. So there are fewer units of alcohol per year being consumed in Scandinavia.

But in fact WHO figures indicate that the harm index in Scandinavia is actually higher than in Mediterranean countries. So despite the fact that more is consumed in Italy, it’s the way it’s consumed that is also terribly important.

And so those people in the Mediterranean who have a glass of wine at lunch and dinner and spread that out through the week, they might drink more units of alcohol than someone who goes out on a Friday night in very cold Finland and has fifteen units of beer.

As an industry, your message is not easy to pass on. You say you want to sell more but at the same time not too much…

In Europe, the amount that people are drinking is still high but has been dropping steadily for the last 20-30 years. The amount of spirits that’s being consumed is 30% down, over (the last) 30 years.

What’s happening for the sector is that you have a lot more “premiumisation” coming in, more brands coming in, and a build-up of value, which isn’t based on volume. And that’s true for Europe, but also outside. In export terms, the value has gone up by about 35%, so it’s not all about volume, but also prestige brands.

Looking at declining consumption figures between 2001 and 2007, is that a reason for worry in your industry?

Sure, our members don’t like to see the figures drop, but that’s a fact. It has consistently dropped in Europe, but Europe is a very mature market for our products.

So what are you doing to reverse this, in Europe and abroad?

Within Europe, it’s a very difficult market at the moment. If you add in all the austerity measures, it’s a perfect storm against our type of product.

First, people have less to spend and second, governments tax higher. And by doing that, you have more counterfeiting and illegal alcohol. So there is a whole series of things happening under austerity which are bad for our line of business. So many companies, especially smaller ones, will be struggling to hold on.

But what actions are you taking?

There is a lot to do with tax. I think tax is getting to a point where it’s killing off brands and companies. There are so many excise tax increases in Europe that we’re starting to see revenues for governments actually dropping rather than increasing because people are substituting to lower tax products or buying illicit. Certainly tax is a huge issue in Europe at the moment.

Spirits are often associated with elderly people smoking the cigar, are you worried about an aging customer base?

No, I think there is quite a modern trend towards cocktails and aperitifs, which are coming back in a big way. Lots of the brown spirits – whiskeys and so on – are often premium spirits drunk by an older clientele but a lot of the white spirits – vodkas, gins and so on – will be normal younger men or women who drink.

So I don’t think there is an age problem at all for the sector, it’s pretty well spread through the ages.

Most of the growth is in export, right?

Yes, the growth at the moment is outside. Companies whose brands are strong enough to trade outside – that is where the growth is. Diageo, Bacardi and so on – if they do -1% or -2% in Europe, that would be a very good year at the moment. But they should be doing much better in Brazil, Russia, or China, although China has had a difficult year last year because the communist party has had to cut back on gift-giving.

But those markets where you have a burgeoning middle-class, instead of having the local spirit on the dining table, they want to show that they have a bit of wealth. And this is where the great branding from the European side comes into play. That’s where the market is – where you see a big change in the population and change in the middle-class structures.

Essentially, what you’re saying is that the spirits market is good for the European economy?

Certainly it’s good in many ways for the European economy. Our estimate is that about 1 million jobs depend on the spirits sector in Europe.

It’s certainly one of the few European export sectors that is booming and where the net balance of payments is in our favour. Between 2011 and 2012, exports jumped from 20%, from €8.2 billion to €10.1 billion in one year and about €9 billion is net coming into Europe. So the sector generated €9 billion of wealth for Europe in 2012 and I expect it will be around that figure for 2013. It is a sector that contributes a lot.

In fact, there are very few sectors like it in the sense that the products that we sell outside of Europe are absolutely and fundamentally rooted in Europe. You cannot make scotch anywhere else than Scotland, Irish outside of Ireland or cognac elsewhere. There are all these geographic indications (GIs) which are protected and the companies have used these pieces of protection to build massive worldwide brands. And those two aspects combined make it a very unique sector.

Has your association looked into regulatory barriers put on advertising in Europe?

Yes. We have been aware of this for some time. We developed guidelines for all our members several years ago which they and their advertising agencies adhere to. But constant discussion comes up from some of the NGOs who would like stricter regulation.

Are you worried about an outright ban on spirits advertising? Is this feasible?

No, I cannot see it. I think you will see in different countries different approaches being taken, but from a European perspective I would find it very difficult to imagine that something like that would come in, nor do I think the evidence would back it up.

That would not be good for business?

Not terribly good, but I do not think it would affect it so much. It would take a lot of cost out of the sector, but would people still drink our products? I think they probably would.

The evidence says that the way advertising affects the market is not to grow the market but is in fact to shift within the market. So it is an attempt to get people to drink Chivas Regal instead of Julio Gallo wine, not to get more people to drink alcohol. A lot of the rhetoric that comes out needs to be verified against the evidence.