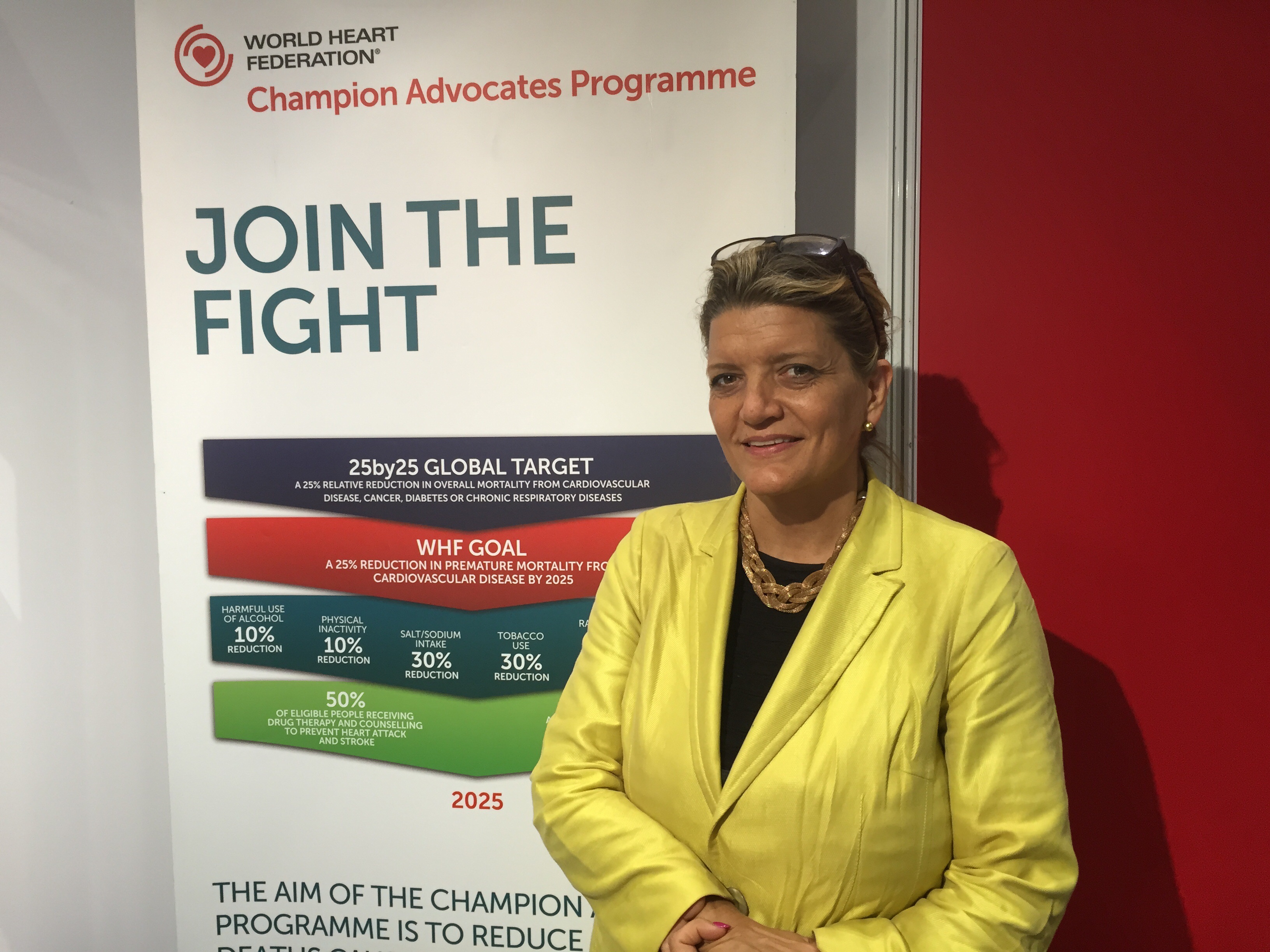 SPECIAL REPORT / Although cardiovascular diseases are still the number one killer in the world, they do not receive enough attention from policymakers due to many misconceptions, says Johanna Ralston.

Johanna Ralston is CEO of the World Heart Federation (WHF). She spoke to EURACTIV’s Henriette Jacobsen at the European Society of Cardiology (ESC) congress in London.

What is the World Heart Federation (WHF)?

The WHF is a membership organisation of all the major cardiac and heart foundations around the world. We have more than 220 member organisations in 110 countries, ranging from high, middle and low income countries. We have a common target of 25% reduction of premature mortality from non-communicable cardiovascular diseases by 2025, and we accomplish this through advocacy, implementation, education and engaging with our members.

How do you work with your members?

From the advocacy point, we develop common policy positions that we want. In recent years, there has been a lot more activity at the United Nations level from world heart organisations around cardiovascular diseases. It’s finally being recognised as the leading cause of death in the world. Most of the deaths are preventable, and more of them are occurring in emerging economies.

So the way we work with member states is that we ask them to help us with advocacy positions, and then we seek their connections and advice and how to strengthen our common policy statements.

Why is it important for the WHF to be present at the ESC congress in London?

The ESC is one of our most important members. It’s a powerful organisation with members from many countries. Through the ESC, we can reach a much larger group of members than we could if we just went out one on one. We are very fortunate that ESC is aligned with our goals. They support our ’25 by 25′ goal. By coming here, we show our common goals on common platforms.

You mentioned that cardiovascular diseases are the number one killer in the world. Are these diseases getting enough attention from policymakers?

Absolutely not. No, it’s almost unconscionable how little attention cardiovascular disease has gotten. There are misperceptions about it. For example, that it only affects wealthy people in wealthy countries at much older ages. The fact is that it is truly a burden across all economies and geographies.

And it’s very much a political issue. We know what to do to prevent most of the deaths that are occurring from cardiovascular disease. The reason it’s not happening is not because of lack of knowledge, but because of lack of political support. That’s why we have a heavy emphasis about advocacy.

What are the main challenges for cardiovascular disease within prevention and treatment?

Another problem is that once you have it, you have it. So the question is how can we help patients to be empowered to be partners in their journey and have them be engaged in and do everything they can to maintain a good level of heart health.

So the challenges are complex with many of the causes being outside of the health system. This is harder to solve. It’s the way people live, work and the kinds of food they have access to; things that are not just simple health policy issues, but in fact policy issues that require working across governments, across agriculture, transportation… It’s a complex set of drivers.

Is there a particular disease or trend that you think is worrying right now?

I’m always going to be concerned that rheumatic heart disease is still with us because it’s killing somewhere between 3-400,000 people per year. It’s a disease that kills many people under the age of 25, and young adults, and still it receives no attention. We have struggled. One of the reasons it receives no attention is because there is very little good data on it, yet we know that it’s preventable. Those are deaths that don’t need to happen.

We have solved it in high income countries. In low income countries, it’s still killing lots of people and so to me that’s always going to be a concern. Until we solve it, there’s work not done.

With the financial crisis, European countries have made cuts in their healthcare sector. What is your advice to governments?

More and more researchers now say that they worry about Familial Hypercholesterolemia, as it appears to be more prevalent than what was previously thought. What do you think?

I very much think FH needs greater prioritisation. We need to understand the natural journey of the disease much more than we do now. I think we know lots of people who are discovering that they have FH in their families, but without the disease being labelled. So we even need to educate physicians around it – on how to accurately diagnose and having better access to diagnostics mechanisms is key.

The FH story is a very compelling one. I think there is a huge opportunity for us to work with the FH community and raise awareness of this disease and I have met many brilliant advocates from the FH community whose stories I believe should be amplified. They are a powerful example of living with a cardiovascular disease and often surviving it, but not always. This is something that we need to see more attention and focus on.