The EMA is warning pharmaceutical firms and health professionals to prepare for a 'no deal' Brexit. [Alessandro Zappalorto/Shutterstock]

Aisling Burnand MBE said: “Switzerland experiences delays of 157 days [in receiving a drug once it has been approved by the EU]. For Australia and Canada delays can be six to 12 months.”

Also addressing the Health Committee on Tuesday (12 November) was Dr Jayne Spink, Chief Executive of Genetic Alliance UK, a charity for patients with genetic conditions. She said that “patients with rare diseases are the most at risk from any divergence to the current EU standards”.

Dr Spink said: “It is a completely impractical scenario for clinical trials of orphan diseases [whose rarity means an insufficient market for drug investment] to be funded entirely by one state.

“Currently, the EU allocates €900m to fund over 160 medicinal products and trials for rare diseases. If the UK loses the ability to participate in funding applications, patients will be at a severe disadvantage.”

The UK has already seen a reduction in investment in long-term medical projects because of Brexit, Dr Spink said.

She added that “the EU has a population of over 500 million, it can use its critical mass to leverage support and funding” from government and pharmaceutical companies. The UK has a small population relative to the EU block as a whole so will need to look for other ways to be competitive. 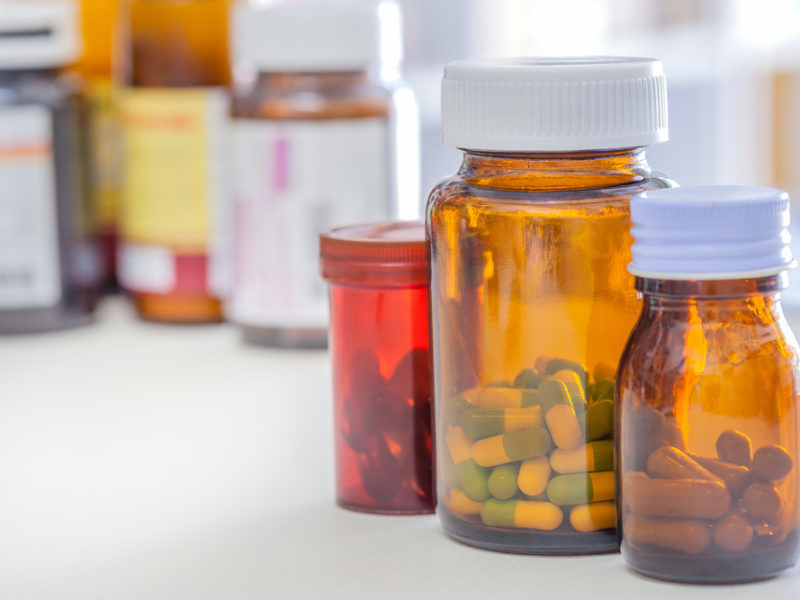 With Brexit barely 15 months away, the UK government, as well as the European and British life science industry, is calling for a transition period on the regulation and supply of medicines in order to avoid potential disruptions in the market that will negatively affect patients.

Burnand said that currently there are more than “1,500 clinical trials taking place with a UK sponsor, 50 per cent of these needs to continue after the UK leaves the EU [March 2019]. The industry needs clarity on the future legality of trials to protect the patients involved.

“Cancer Research UK is currently running around 2,000 clinical trials, half of those are in collaboration with an EU [member state]. For example, in 2008 a clinical trial to improve the survival rate of pancreatic cancer patients was set up by the University of Liverpool through funding from the EU.”

CRUK’s pancreatic cancer trials took place in UK, Sweden, France and Germany. The project “recruited 732 patients [across the EU] to take part in clinical trials. This process led to the discovery of a drug combination which would improve the survival rate of 13 per cent of pancreatic cancer patients by five years.”

According to Dr Thompson, both sides of the Channel will suffer post-Brexit. She said: “The flow of people and information is a critical component of science. Without knowledge exchange we cannot achieve breakthroughs in science.”

The UK is a member of 22 out of 24 European Reference Networks (ERNs). Launched in March 2017 by the EU, these networks are designed to help healthcare professionals share their expertise of rare diseases that require specialised care.

Maintaining membership of ERNs is essential, Dr Spink said: “Having access to pan-European clinical trials for rare diseases is invaluable. Many of these conditions have no existing treatments and the symptoms of the disease are degenerative. If [in March 2019] we have a ‘no deal’ Brexit, we have to accept that while trials will continue in Europe, the UK will have no, or delayed, access to that information.”

The BIA’s Bates was concerned that the UK will lose decision-making authority at EU level. He said: “There will be implications for the UK when reporting cases of adverse reactions to medicines. At the moment, the UK is a significant player in the European Medicines Agency (EMA). However if we end up with [a Brexit where the] UK is not integrated in this EU-wide system, we will experience delays in information regarding new rules for patients taking specific drugs,” and such delays could be life threatening.

On Monday 20 November it was announced that the EMA, the regulatory body for the production and sale of medicines across the EU’s single market, would re-locate to Amsterdam from London because of Brexit.

BSI is the UK’s national standards body, working to implement EU standards across all sectors, and ensure manufacturers comply with sectoral regulations so that their products are safe to be sold throughout the EU.

The BSI’s Halliday said: “I do not know if [BSI] will continue to be a body under the EU, and if the five-year licences we are currently providing manufacturers will be valid after March 2019,” adding that “manufacturers have the opportunity to choose one notified body to certify their product,” once it is certified they are able to sell their product across the EU.

“We are losing business as many manufacturers are choosing not to start contracts with UK-based notified bodies.”

Bates referenced a paper published by the London-based Office of Health Economics, in which the BIA warns that Brexit could mean “two to three month delays in the sharing of drug safety information” across the Channel.

He added that countries not part of the largest global pharmaceutical markets, which he cited as being the United States, China, Japan and the EU, experience huge disadvantages in respect of the quality and quantity of medicines available.

He said: “45 per cent of medicines [available in the EU] are not launched in Switzerland, Canada and Australia. The UK will become a market without access to new or generic medicines if it becomes a third country.”

EMIG’s Galloway told the committee that Brexit was likely to lead to a loss of reputation and investment for the UK’s pharmaceutical industry. He said: “The launch of new medicines can be delayed by up to two years in non-EU countries. Why would manufactures set up clinical trials in a country where their product is likely to not be available?”

He added: “To stop this we need to make sure regulation in the UK is harmonised and aligned with the EU so that we have the same medicines at the same rate as countries across the Channel.”

Galloway remained optimistic about Britain’s future outside the EU saying: “The UK has all the fundamentals. We have one healthcare provider, a population of 60 million, robust regulatory bodies and great talent. The issue is always how long will it take us to maximise these opportunities.”