Alcohol still the number one killer on Europe’s roads 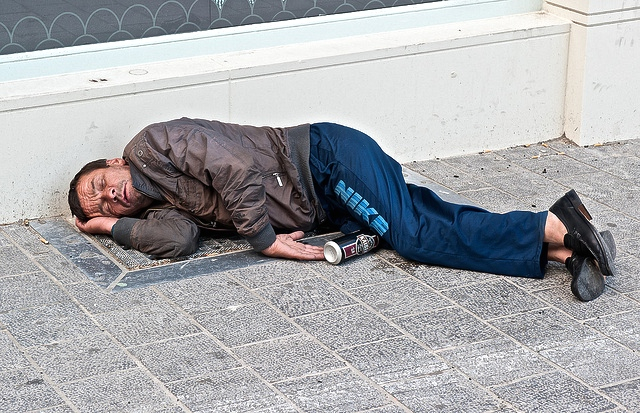 Sleeping it off. Brussels, 2012. [ Peter Verhauwen/Flickr]

Alcohol remains the number one substance endangering lives on European roads. But use of drugs and medicines behind the wheel, also combined with alcohol, is likewise a major challenge for policymakers, says a new report by the EU’s drug agency EMCDDA.

Around 28,000 lives are lost on Europe’s roads every year, and a further 1.34 million people are injured, with many the accidents caused by drivers whose performance is impaired by a psychoactive substance, states the report published on Wednesday (25 June).

“We are all aware of the link between alcohol and road traffic accidents and this is reflected across Europe in a robust policy response to the problem,” said EMCDDA director Wolfgang Götz in a statement. “Less well understood, and of growing importance for future policy development, however, is how the use of other psychoactive substances may affect driving performance,” he added.

The new report reveals that cannabis is the most frequently detected illicit drug in drivers followed by cocaine and amphetamines, and benzodiazepines, prescribed for anxiety and insomnia, is the most frequently found medicine. However, when it comes to the use of alcohol and the use of illicit and medical drugs there are large differences are observed among EU member states.

“Both alcohol and narcotics are more common in Southern European countries and Belgium, while the use of different types of medicines is more common in Northern Europe,” said the EMCDDA’s Swedish spokesperson Joakim Strandberg, adding that people who use cannabis are twice as likely to become involved in a road accident that the average driver and that the effects of the drug can last up to ten hours.

The EMCDDA report raises concerns about  the variety of drugs available today, stating that the range of psychoactive substances available for illicit use is increasing, and recent studies are finding evidence of their use among drivers.

The prevention of driving under the influence of drugs is one of the priorities outlined in the current EU drugs action plan from 2013–120.

The EU drugs strategy (2013–20) was endorsed by the Justice and Home Affairs Council of the European Union on 7 December 2012.

EU drugs strategies and action plans include collective action in the field of drugs both within the European Union and at international level. They do not impose legal obligations on EU member states, but promote a shared model with defined priorities, objectives, actions and metrics for measuring performance.

Member states use the framework to develop their own national policy documents, which are increasingly synchronised with the EU strategy.