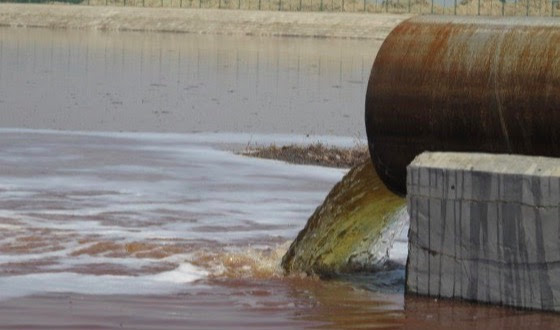 Waste pipe from one of the Chinese factories supplying Western companies with drugs. [SumOfUs]

Antibiotic effluent in the environment can cause antimicrobial resistance (AMR) on land and in waterways near sites. Non-resistant bacteria is killed by the pollution, while resistant bacteria survives and breeds, passing on their resilience to the medicines.

These superbugs can spread quickly and globally, inside humans. They can be passed by touch, through water, crops and animal products and, thanks to modern travel, can cover huge distances.

The Review on Microbial Resistance, which reports directly to UK Prime Minister David Cameron, has warned that, if unchallenged, AMR could kill 10 million people a year until 2050.

The World Health Organisation and many international governments such as the US have singled out AMR as a major threat to global public health that could render treatments for highly contagious diseases like gonorrhoea and pneumonia useless.

The main causes of AMR are over-prescription and misuse of drugs in humans, and over consumption in industrial animal farming. But environmental pollution has been overlooked as a cause, said global consumer NGO SumOfUs.

SumOfUs investigators have, for the first time, exposed the link between Chinese factories that dump antibiotic effluent and Western Big Pharma.

Pfizer and McKesson, which owns Lloyds Pharmacy in the UK, Ireland, France and Sweden, Celesio in Germany and OCP in France and Portugal, are among the companies named in the report. The world’s largest generics manufacturer, Israeli company Teva, which has a presence in over 60 countries, was also found to be sourcing antibiotics from several polluting factories.

The probe uncovered a murky web of commercial relationships between Chinese producers, Indian middlemen, and trusted global brands. It is based on customs data, import licenses, databases and company financial and legal documents, reports from regulatory bodies in several countries and first-hand evidence obtained from an undercover investigation in China.

EURACTIV contacted Pfizer, Teva and McKesson for comment yesterday (11 June), when the report was published. The story will be updated when they respond. The European Commission was also contacted.

The report calls on EU policymakers to make pharmaceutical supply chains less secret. Introducing an environmental aspect in the mandatory Good Manufacturing Practices that pharmaceutical companies have to comply with to get access to the EU market would help, campaigners said. Strict EU rules apply to the quality, safety and efficacy of medicines.

The European Commission said AMR was a high priority for the EU and that it would give the SumOfUs report “due consideration”. AMR was brought up during the G7 summit last weekend in Bavaria, the executive said.

It said the Commission has an AMR action plan in place which aims to initiate cooperation on reduction of the environmental pollution by antimicrobial medicines particularly from production facilities.

Paul Ferris, of SumOfUs, said, “Good environmental stewardship and health are intrinsically linked – dumping antibiotics in the environment could be harming the health of everyone on this planet.”

Anja Leetz, executive director of Health Care Without Harm Europe, said superbugs did not respect borders or continents. “This is why pharmaceutical pollution in China is a very real problem for us in Europe and may have serious implications for European citizens,” she said.

“It is time for the pharmaceutical industry to take responsibility for their supply chains and for the European Commission to take action so that the industry stops fuelling the global AMR crisis.” 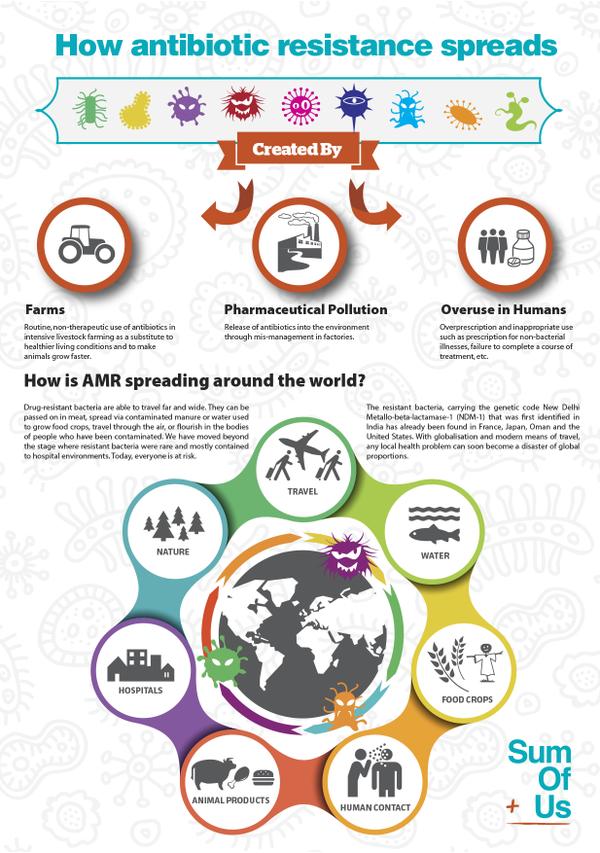 The World Health Organisation and many international governments have singled out antimicrobial resistance (AMR) as a major threat to global public health that could render treatments for highly contagious diseases like gonorrhoea and pneumonia useless.

The Review on Microbial Resistance, which reports directly to UK Prime Minister David Cameron, has warned that, if unchallenged, AMR could kill 10 million people a year until 2050.

These superbugs can spread quickly and globally, inside humans. They can be passed by touch, through water, crops and animal products and, thanks to modern travel, can cover huge distances.

The main causes of AMR are over prescription and misuse of drugs in humans and over consumption in industrial animal farming. But environmental pollution has been overlooked as a cause, said global consumer NGO SumOfUs, who said that Big Pharma was buying drugs from polluting Chinese factories.