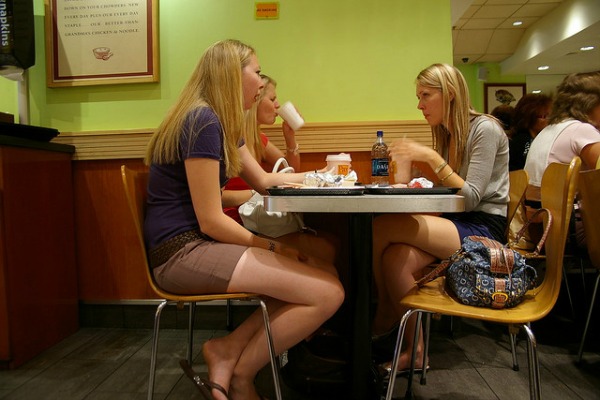 Butter and fatty acids have previously been linked to high levels of bad cholesterol and risk of heart disease and stroke. [Flickr]

Using olive oil instead of butter when cooking a meal may not lower heart risk, according to new research by the British Heart Foundation.

Researchers at the BHF say that there is no evidence that changing the type of fat you eat from “bad” saturated fat to “healthier” fatty acids will cut heart risk. They came to the conclusion after reviewing data from 72 studies, spanning more than 600,000 participants.

Consumers have been widely encouraged to eating unsaturated fats such as olive and sunflower oils. But the research, led by scientists at Cambridge and published in the Annals of Internal Medicine, found no evidence to support this. The research found that saturated fat, whether measured in the diet or in the bloodstream, was not linked to coronary disease risk, and that there was no such thing as “healthy” fat intake.

Researchers stressed however that the study findings did not mean it was fine to eat lots of cheese, pies and cakes. Eating too much saturated fat can still increase the amount of cholesterol in the blood, which can increase the risk of developing coronary heart disease.

Trans fats are also associated with risk of heart diseases. These artificial fats, found in many processed food items and margarine spreads, should continue to be regulated and avoided, the study authors say.

The British Heart Foundation stressed that the findings do not change the advice that eating too much fat is harmful for the heart.

“This research is not saying that you can eat as much fat as you like,” Jeremy Pearson, an associate medical director at the organisation told the BBC. “Too much fat is bad for you. But, sadly, this analysis suggests there isn’t enough evidence to say that a diet rich in polyunsaturated fats, but low in saturated fats, reduces the risk of cardiovascular disease. Alongside taking any necessary medication, the best way to stay heart healthy is to stop smoking, stay active, and ensure our whole diet is healthy – and this means considering not only the fats in our diet but also our intake of salt, sugar and fruit and vegetables,” he said.

The prevalence of high levels of cholesterol is highest in the European region (54% for both sexes), according to the World Health Organisation, followed by the Americas (48% for both sexes).

According to a 2011 report by the Cardiovascular Resource Group, 133.3 million people in the five biggest EU countries (Germany, France, Italy, Spain and the UK) suffer from too much bad cholesterol in the blood, comparable to the overall number in the United States (135.1 million people). Statistics in the report show that the numbers have grown steadily. At the same time, it is estimated that 25 million people in the United States are unaware that their level of bad cholesterol is too high, according to the report.

To reduce the amounts of death from heart diseases, European Union countries agreed to tackle the underlying health determinants behind cardiovascular health in its 2014-2020 health programme.