Can the SDGs cure the tobacco epidemic? [Jan Michael Dimayuga/Flickr]

Although the European Union’s Tobacco Products Directive which limits the sale and merchandising of cigarettes is being implemented across the bloc, harnessing the SDGs could being stricter legislation in the future, they said in Brussels.

The SDGs are sets of targets and indicators that UN members have committed to use to shape their policy over the next 15 years.  There are 17 in total and aim to end poverty, protect the planet and ensure prosperity, health and well-being for all.

The former doctor used a video message to throw his weight behind the push to get national governments inside and outside the EU to implement the tobacco control framework in the SDGs.

Although developing countries are particularly vulnerable to Big Tobacco, the SDGs are designed for both developing and developed nations.

Tobacco was branded a threat to sustainable development at The Race Against Tobacco meeting held on World No Tobacco Day (31 May). The event was hosted by the World Health Organisation, the European Respiratory Society and the European Network for Smoking and Tobacco Prevention. 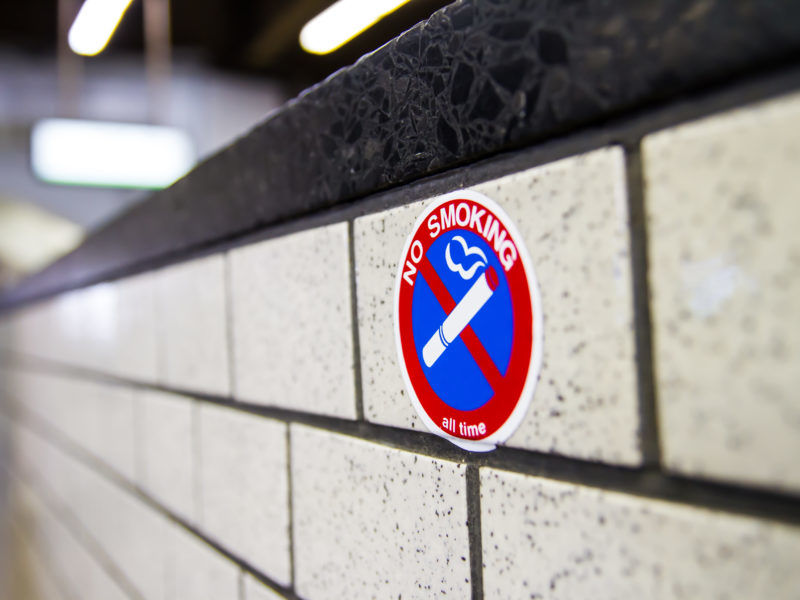 According to the European Commission, tobacco consumption is considered the largest avoidable health risk and the most significant cause of premature death in the EU. Approximately 700,000 deaths every year are attributed to tobacco, while around 50% of smokers die prematurely.

Smoking not only kills about 700,000 Europeans a year and six million people worldwide but the healthcare costs are a huge drain on budgets at both national and household level.

In 2015, 1 in 10 deaths worldwide was caused by smoking said, Professor Guy Joos, the president of the European Respiratory Society.

Europe needed to unite to end the devastating effects of tobacco, Joos said, and set an example for the rest of the world to follow.  “Every day should be World No Tobacco Day,” he added.

“This is a public health crisis,” said Francisco Rodriguez Lozano, president of the European Network for Smoking and Tobacco Prevention, which co-hosted the event with the World Health Organisation, and the European Respiratory Society

“Extraordinary times call for extraordinary action,” he added at the event for more than 50 European countries, both inside and outside the EU.

Big Tobacco pays low prices for crops which encourages family run farms to use their children as unpaid labour, she said.  90% of tobacco is grown in the Global South, the term now preferred to the Third World.

There was criticism of tobacco companies’ habit of using legal action in national and international courts to slow the progress of laws designed to curb smoking.

Kristina Mauer-Stender, program manager for tobacco control at the WHO office for Europe, said the lawsuits could discourage smaller countries from drafting legislation in the first place.

But she added every victory in the courts had strengthened the WHO’s Framework Convention on Tobacco Control, bolstering it by setting legal precedents.

Europe was on the right track, she added, pointing to Georgia’s decision yesterday to press on with anti-smoking legislation. 60% of men smoke in Georgia.

Oxana Domenti is president of the Republic of Moldova’s Committee for Social Protection, Health and Family. Moldova this year launched smoking cessation initiatives and laws.

“They [tobacco companies] may be more powerful and have more money,” she said, “but we must be stronger.”

That strength would come through international unity on tobacco control, she added.

There was also criticism of the lobbying tactics used by Big Tobacco.  One veteran campaigner addressed the “undercover” tobacco lobbyists he was certain had attended the event under false pretences.

Andrew Hayes, who received an award for his tireless anti-tobacco work, said he had seen the consequences of tobacco in his earlier work in cancer care.

The 2030 deadline for the SDGs led to the drive being described as a race. But, campaigners said, although there had been landmark successes, the race was a marathon and not a sprint.

Delegates from the 52 countries were handed detailed information to aid their efforts to hitch onto the momentum of the SDG commitment.

EURACTIV.com has asked Brussels representatives of tobacco companies to comment.

Ben Townsend, head of EU affairs at Japan Tobacco International, said, "Some of the participants at this event are misleading governments and society into thinking that sustainable development can be dictated by their tobacco control agenda. This is at odds with countries’ economic realities, particularly those that depend on tobacco growing.

"Like any other company, it is in our own interest to ensure we manage our business sustainably – a responsibility we take very seriously. Our business practices support the United Nations’ sustainable development agenda in many ways. We set ourselves high standards while striving for continuous improvement, and expect our suppliers to follow our strict Code of Conduct.

"Sustainability in our tobacco growing regions translates into much more than securing fair returns to growers; it notably comprises the establishment of good agricultural practices, providing education to farmers and their families, fighting child labor and taking effective action on food security, deforestation and access to water.”