Parents International: "If families do not change their eating habits and do not do it from early childhood, measures are deemed to fail." [Shutterstock]

“Parents and parents’ organisations have long demanded to tackle childhood obesity in a totally different way, by collaboration and support rather than regulation,” Eszter Salamon, director at Parents International, told EURACTIV.

“It is clear from the example of a number of countries like the United Kingdom, Hungary, and Malta, in which regulations for school meals and drinks available on school premises do far more harm than good,” she emphasised.

According to the 2014 European Health Interview Survey (EHIS), which takes place every five years, Malta, Ireland, Iceland, United Kingdom, and Hungary account for more than 5% on average of obese youngsters from 15 to 19 years old in 2014, while the EU average is 3.1%.

In July, another study was conducted by the European Commission Joint Research Centre, highlighting an alarming situation in Greece and Malta, where 39% and 38% of 11-year-old boys were obese, respectively.

In Bulgaria, Romania, Hungary, Croatia, Poland, Italy and Spain, the rate is higher than 31%.

Sugar reduction is not enough

Salamon cited as an example her home country, Hungary, where efforts have been made over the past 60 years to make lunch the main meal for school-aged children.

Lots of work for no return, she explained, since children do not eat food they are force-fed but they still prefer to have the main meal at home in the evening, “while during the day they mostly survive on sandwiches, chips, chocolate and all that can be eaten at the desk.”

Salamon said that “sugar content reduction, in general, is a move by producers that parents welcome, if it doesn’t mean worse taste and customer experience.”

According to her, it is important not only to focus on food and drinks, but on other psychological and physical factors such as the importance of enough exercise, or a proper and regular meal with family, without being in front of a TV screen.

Food education needs to be taught not only from school-age but much earlier.“If families do not change their eating habits and do not do it from early childhood, measures are deemed to fail.” 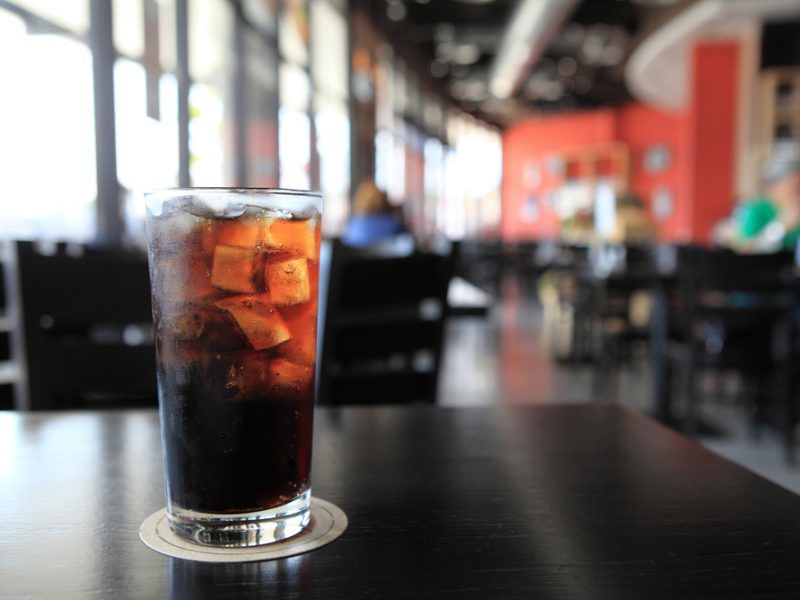 Following an EU call to reformulate food products in order to tackle rising obesity across Europe, the Association of Greek Soft Drinks Industries (SEVA) recently launched an initiative to reduce sugar in its products by 10%.

Asked if initiatives such as the EU action plan changed its members’ behaviour, David Irvine, Communication manager of European Vending & Coffee Service Association (EVA), replied, “Our members are very aware of both the EU and national efforts to reduce obesity rates and the EU action plan provided greater impetus for providing healthier products in vending machines”.

“But in our opinion, the greatest driver for change has been the shift in consumer and institutional demands and habits, which has been brought about by greater education on eating a balanced diet,” he noted.

Since children and young people spend much of their day at school, typically consuming at least one meal a day there, promoting healthier environments in schools is identified as one of the key priorities of the action plan.

Unesda, which represents the European soft drinks industry, announced in September 2017 that its members voluntarily cease sales of drinks containing added sugars to secondary schools across the European Union.

Also due to this commitment, “sugary drinks are not the best seller in school vending machines, particularly as many countries have bans and restrictions on the types of products that can be placed in machines,” Irvine said.

Not only products are banned, but even the vending machines themselves in French schools, something that Irvine cannot accept.

“Vending machines are able to sell pretty much any product, and it is the school governance together with the vending operator who decide which products are placed in vending machines.”

“We are encouraging and educating vending operators to diversify their product ranges, something that is being clearly observed,” he concluded.

The 2015 EVA consumer behaviour report showed that the most dispensed product for the refrigerated machines is bottled water, but water provision in schools is also, and often, through water fountains.

FoodServiceEurope released a “Model School Food” standard, to give a contribution in improving the quality of food in schools and ability of European children and adolescents aged 3 to 18 to learn and maintain healthy dietary practices.

These guidelines recommended frequencies of different food groups with some cultural adjustments in different countries and a set of nutrient-based standards in term of energy intake during school lunches and for food provided outside lunch.