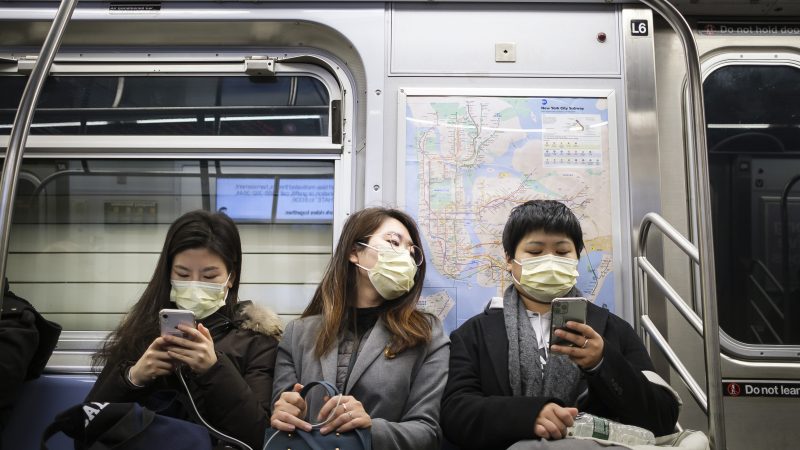 The United States has acted to create and spread fear following a coronavirus outbreak in China instead of offering any significant assistance, the Chinese foreign ministry said on Monday (3 February).

The United States was the first nation to suggest partial withdrawal of its embassy staff, and the first to impose a travel ban on Chinese travelers, said ministry spokeswoman Hua Chunying.

“All it has done could only create and spread fear, which is a bad example,” Hua told an online news briefing, adding that China hoped countries would make judgments and responses that were reasonable, calm and based on science.

The United States has taken decisive action to protect Americans from the threat of a fast-moving coronavirus while offering help to China, President Donald Trump said on Sunday, but a key adviser said Beijing had not accepted the offers of assistance.

Trump appeared to downplay concerns about the impact in the United States of the flu-like virus that has killed 350 people in China and spread to more than two dozen countries, telling Fox television in an interview, “We’re gonna see what happens, but we did shut it down, yes.”

Under new restrictions that went into effect at 5 p.m. ET Sunday, US citizens who have traveled in China within 14 days will be directed to one of eight airports designated for screening, with three more to be added Monday.

“We can’t have thousands of people coming in who may have this problem – the coronavirus,” Trump told Fox during a short interview broadcast on Sunday. He said US officials had offered China “tremendous help” in dealing with the epidemic.

Trump’s national security adviser, Robert O’Brien, in a separate interview, said China had been more open about the coronavirus than it has been in previous crises but had not yet accepted U.S. offers of assistance.

“So far the Chinese have been more transparent certainly than in past crises and we appreciate that,” O’Brien said in an interview with CBS’s “Face the Nation.”

He said Beijing has still not responded to US offers of help from the Centers for Disease Control and Prevention and other health professionals.

“We’ve got tremendous expertise,” he said. “This is a worldwide concern. We want to help our Chinese colleagues if we can and we’ve made the offer and we’ll see if they accept the offer.”

The Group of Seven leading industrialized democracies are seeking a unified procedure to tackle the fast-spreading coronavirus, and will hold a conference on the virus, German Health Minister Jens Spahn said on Sunday, after speaking with US Health Secretary Alex Azar. Azar’s office had no immediate comment.

In addition to Germany and the United States, the G7 includes France, Italy, Japan, Canada and Britain.

CDC officials have not been invited into China, but are in neighboring Kazakhstan to help guard against the spread of the virus, US Secretary of State Mike Pompeo said on Sunday during a visit there.

“You’ve got a long border with China which is where this disease has emanated from,” Pompeo said in an interview with a Kazakh journalist. “And we’ve got our people from the Center for Disease Control right here on the ground, helping Kazakhstan deal with this so that you don’t have an enormous outbreak.”

The local health commission in China’s Hubei province, the epicenter of the epidemic, reported 56 new deaths on Sunday, bringing the total to 350.

At least 171 cases have been reported in more than two dozen other countries and regions, including the United States, Japan, Thailand, Hong Kong and Britain.

A ninth case of the fast-spreading virus was confirmed in the United States on Sunday, in Santa Clara, in the San Francisco Bay area, health officials said. The Pentagon is providing housing for people arriving from overseas who might need to be quarantined.

Americans who visited China’s Hubei Province, epicenter of the coronavirus epidemic, will be subject to a mandatory quarantine of 14 days – the incubation period of the virus – upon entering the United States. Americans who traveled to other parts of mainland China will undergo health screening and be asked to self-quarantine for up to 14 days.

Foreigners who have traveled in China within 14 days of their arrival will be denied entry.

The coronavirus is believed to have originated in a market that traded illegally in wildlife in Hubei’s provincial capital, Wuhan.