Thank you for not smoking, Monsieur Bond. The Commission has backed French plans to ban smoking on-screen. [Movie Maker/ YouTube]

The European Commission is supportive of an idea recently raised in France to ban smoking in films in order to make tobacco consumption less glamorous, an EU official told EURACTIV.com.

Speaking at the Senate on 16 November during a discussion about raising the price of cigarettes, French Minister of Health Agnès Buzyn said she was ready to take “firm action” to fight against smoking and ban it in French films.

“Seventy percent of new French films have at least one scene of someone smoking. This more or less helps to make its use banal, even promote it, to children and adolescents,” Grelet-Certenais emphasised.

Minister of Health Agnès Buzyn intervened and pointed out that she would talk to Culture Minister Françoise Nyssen about the issue in an effort to “denormalise” the image of tobacco in society in the government’s second plan to fight against smoking.

“I don’t understand why the cigarette is so important in French cinema,” Buzyn said, adding that she is fully in line with the senator. 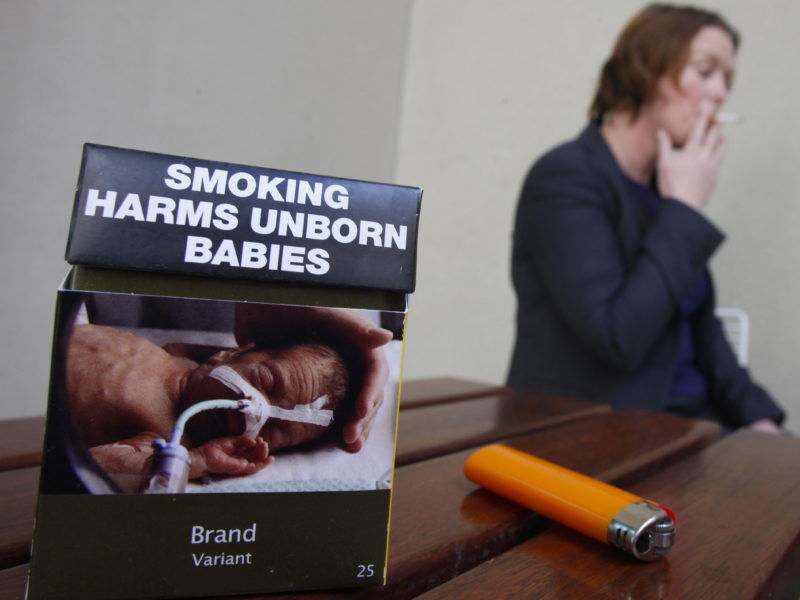 A European Commission spokesperson has told EURACTIV.com that any loss in the tobacco industry’s turnover arising from health warnings or plain packaging should be offset against the cost of treating people with smoking-related diseases.

Dominick Nguyen from the European Network for Smoking and Tobacco Prevention (ENSP) told EURACTIV such a move would be a “major step” forward in the denormalisation of smoking, especially amongst young people.

“In France, more than one in four 15-year-olds are regular smokers and any initiatives to prevent them from being targets of the tobacco industry is beneficial in protecting them from a life of addiction,” he explained.

On the other hand, Guillaume Périgois, director of Forest EU, the smokers’ rights group, believes that such a measure is “awkward censorship”.

“The fact that cartoons for children do not show any smoking scenes is a good thing. But films for older audiences should be able to reflect real life, not a smoke-free world. In most of the western world, including France, between a quarter and a third of the adult population smokes,” he said.

“Whose turn will it be after smokers? Should French cinema be prevented from showing overweight people in case they could be seen as anti-models?” he wondered.

The revised EU Tobacco Products Directive came into force in May 2016 and introduced stricter measures on tobacco control. For example, 65% of a packet’s surface should include health warning pictures and text.

Member states are also free to take additional measures, such as restricting advertising or enforcing the use of plain packaging. France, Hungary, Ireland, Slovenia and the UK are among the countries that have already adopted the plain packaging measure, which is considered by the industry as “brand theft”.