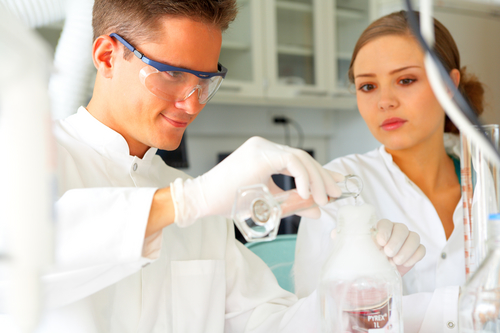 The European Commission is stepping up the fight against antimicrobial resistance (AMR) by funding 15 new research projects, as new data reveals that Europe's health systems are increasingly relying on a frail last line of antibiotic defence.

While the EU has witnessed a decrease in antibiotic use since 2009, data from the European Centre for Disease Prevention (ECDC) has shown a significant increase of the multi-drug resistant Gram-negative bacteria in Europe.

The Commission is launching 15 new research projects with a total budget of €91 million. These projects involve 44 SMEs as well as universities and research organisations to develop new antimicrobials or vaccines.

"We have calculated about 25,000 deaths every year in the European Union because of infections which can't be treated with antibiotics because of antimicrobial resistance. Even if there were ten, there would be ten too many," Health Commissioner Tonio Borg said during a press briefing on Friday (15 November).

Antibiotics have dramatically reduced the number of deaths from infectious diseases during the 70 years since their introduction.

However, through overuse and misuse, many micro-organisms have become resistant to them. This growing antimicrobial resistance (AMR) is estimated to cause an annual 25,000 deaths and over €1.5 billion in healthcare expenses and productivity losses in Europe.

"Even though there are some positive signs, the difficulty sometimes in getting the message through, which underlines therefore the seriousness of the problem, relates to how to persuade our citizens that by abusing antibiotics, the harm is done not only to the one who uses the drug, but to others as well," Borg stated.

Commissioner for Research and Innovation, Máire Geoghegan-Quinn, added that the lack of investments from pharmaceutical companies in research in antibiotics over the past decades had intensified the problem.

Geoghegan-Quinn said that 20 years ago, there were still around 20 large companies involved in Europe, trying to develop antibiotics, but the results were not as profitable as the companies had expected. Now only four companies were funding research in Europe; AstraZeneca, GlaxoSmithKline, Sanofi and Novartis.

"I think that shows that there's an important medical need that is not being met by the pharmaceutical industry because the incentives are lacking," the commissioner said.

She added that besides the new research projects, the EU has invested around €800 million in AMR-related research, also through the Innovative Medicines Initiative (IMI) which is matched with another billion euros by the pharmaceutical companies under the European Federation of Pharmaceutical Industries and Associations (EFPIA).

"I think that particular public-private partnership is a much needed investment because it's trying to tackle a problem that's too big for even one company and too big for any one country," Geoghegan-Quinn said.

"ECDC data show that over the last several years, there has been a Europe-wide increase of antibiotic resistance and of multidrugresistance in Gram-negative bacteria such as Klebsiella pneumoniae and Escherichia coli (E. coli). This means that, for patients who are infected with these bacteria, few last-line antibiotics, like carbapenems, remain available.”

“In order to successfully address antimicrobial resistance, we need to tackle the problem in a comprehensive approach, in which all relevant parties and stakeholders live up to their responsibility to combat this serious health threat in their respective areas. Therefore, there is no hierarchy of actions in the Action Plan, as all aspects are interrelated. Notably, the promotion of prudent use of antibiotics both in human and veterinary medicine, the development of new antimicrobial products and prevention of infections must proceed in parallel.”

Robert-Jan Smits, director-general for Research & Innovation at the Commission explained: "The worrying growth of antibiotic resistance identified by ECDC calls for a dedicated research effort. We therefore have invested this year more money than ever into research on antimicrobial resistance, to keep our ability to fight deadly infections. We are working together with EU member states and the industry to use existing antimicrobials more intelligently and to develop urgently needed new antibiotics."

Antibiotics are an indispensable tool in medicine and are used in procedures such as transplantation and chemotherapy.

However, over the years bacteria have become resistant to antibiotics. This resistance has manifested itself in hospital-acquired infections, respiratory tract infections, menigitis, diarrhoeal diseases and sexually-transmitted infections.

Resistant bacteria can be transferred from animals to humans via the food chain or through direct contact.