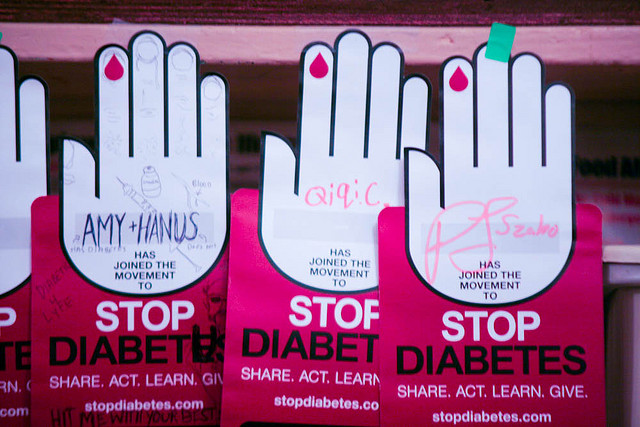 Current figures for diabetes in the EU are not good, and not getting better, though the disease is a priority for the Commission. The EU’s executive is counting on member states to use regulatory tools to reverse the trend.

An estimated 32 million people in the European Union (8.1%) are living with diabetes in 2013. Diabetes affects the quality for those persons having diabetes and their relatives, but it is also a chronic disease which is a heavy financial burden on EU healthcare systems. Therefore, the EU must make a concerted effort towards seeking a more coherent strategy among member states to tackle the diabetes epidemic in Europe, says the EU Diabetes Working Group (EUDWG).

The EUDWG is a group of cross-party, cross-national MEPs with particular interest in diabetes. Speaking at a conference organised by the group in the European Parliament on Tuesday (5 May), Arunas Vinciunas, head of cabinet for Health Commissioner Vytenis Andriukaitis, said that preventing and combating diabetes is a priority of the Commission.

“The current figures are not good and are not getting better. The most worrying aspect is that 20% of school children are obese or overweight. We address diabetes as part of an overarching approach of chronic diseases,” Vinciunas said.

As the Commission is counting on the active support of the governments because the governments have full legal competence to legislate in this area, the EU’s executive does not want to make promises in the area of diabetes, he added.

Therese Comodini Cachia, a Maltese MEP representing the European People’s Party (EPP) who co-chairs the EUDWG, likewise called on member states to ensure that children with diabetes are not disempowered within education merely as a consequence of their condition. These children should be empowered by being given effective access to education within a caring environment, Cachia said. Their teachers also have to be empowered to and protected in providing that caring environment.

Social Democrat MEP Christel Schaldemose, also a co-chair of the diabetes working group, said that the EU should continue to to press for specific targets for reducing the number of people suffering from diabetes and other chronic diseases.

“If we set specific goals for the years to come, the EU and member states will feel more compelled to act. This will also emphasise the need for long term investments in the prevention of diabetes which is necessary to limit the current growing rate of the diseases. This issue is too important for us to just sit there and do nothing,” Schaldemose said.

Chris J. Delicata, chairman of the European Coalition for Diabetes (ECD), which represents four organisations that aim to improve the lives of diabetes patients, said that that the goals of the EU Diabetes Working Group should be making diabetes recognised as an EU public health priority: securing more funding for research, and pushing for effective consumer protection when purchasing and consuming food through clearly understandable information.

The group should also work to prevent any form of discrimination of people with diabetes throughout their education, recreation or employment, and ensure that the rights and safety of those suffering from diabetes are protected.

3 responses to “Commission says diabetes rates are not improving”