EPHA: "While developing indicators is obviously a positive thing, 'measurable goals' could mean many things." [USDA/Flickr]

According to EU Health and Food Safety Commissioner Vytenis Andriukaitis, all the relevant stakeholders should be involved in the fight against antimicrobial resistance (AMR) and not only doctors.

On an EU level, 25,000 people die each year from an infection due to antibiotic-resistant bacteria. A Eurobarometer survey published in 2016 found a 6% decrease in consumption of antibiotics in the last years even though some countries are still showing an increase in their consumption [See background].

The European Commission is determined to further strengthen its antimicrobial resistance action for the period beyond 2016, an EU official has told EURACTIV.com, dismissing allegations that the EU executive lacks the political will to do so.

Based on the “One Health” principle, meaning that human and animal health is tightly connected to each other as diseases are transmitted from humans to animals and vice versa, the European Commission believes that the new plan will help member states address this critical situation in a more coordinated way.

According to the plan, the executive aims to boost awareness in Union society, define a limited number of key outcome indicators for AMR and make available information on AMR through the One Health network, in which national representatives of chief veterinary officers and chief public health officers participate.

The plan focuses on the collection of data. The executive said that this could be done by determining a limited number of key outcome indicators, based on data already collected.

The executive explained that by the end of September the new indicators will be published.

“These indicators will be developed with the support of the EU scientific agencies and will enable member states to assess, in a clear and simple way, the progress made in the implementation of their national One Health action plans on AMR,” the Commission explained. 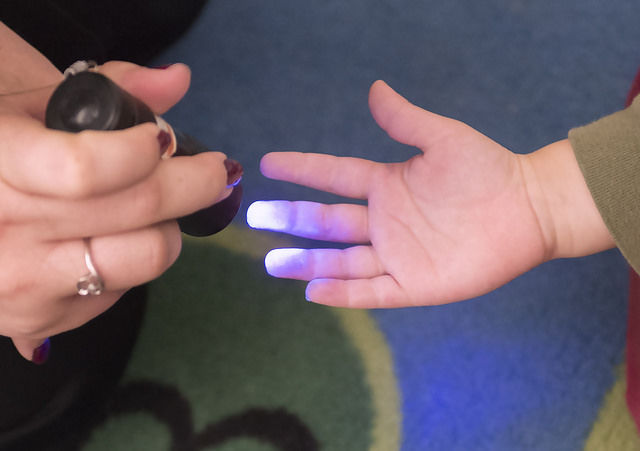 No country alone can tackle antimicrobial resistance and therefore an effective EU response is needed, backed up by policies and funds, writes Nina Renshaw.

In addition, the indicators will also help EU member states set “measurable goals” to reduce infections by key antimicrobial resistant microorganisms in humans and food-producing animals, to improve the appropriateness of the use of antimicrobials in the human and veterinary sectors and to combat AMR in all sectors.

“We will cooperate together with the European Food Safety Authority, the European Medicines Agency, and the European Centre for Disease Prevention and Control and environmental agencies to assess situations […] this is really an innovation of this action plan,” Andriukaitis said.

Contacted by EURACTIV.com, Sascha Marschang of the European Public Health Alliance (EPHA) stressed that while developing indicators is obviously a positive thing, “measurable goals” could mean many things.

“How smart will they be? Will there be any benchmarking involved? Also, we have often pointed out that the 25,000 figure is outdated by now,” Marschang noted.

Pressure from the society

Andriukaitis said that the effectiveness of the new plan will also depend on the involvement of all relevant stakeholders, including doctors, dentists, pharmacists, nurses, governments, advisory bodies etc.

“Pressure from the society to prescribe antibiotics is also very high in some countries,” the EU official noted, adding that the guidelines for the EU member states provide extensive training to doctors in order to “exercise prudence in the prescribing of antimicrobials”.

“Information should also be given how prescribers can assess and manage patient expectations,” the guidelines state.

The European Commission will increase pressure on the member states to better coordinate their national action plans to tackle antimicrobial resistance, Commissioner for Health and Food Safety Vytenis Andriukaitis said in an interview with EURACTIV.com.

Jaana Husu-Kallio, Chair of European Food Safety (EFSA) Management Board and also member of the UN Interagency Coordination Group on Antimicrobial Resistance said, “Scientific evidence has shown that human health and animal health are interconnected. EFSA experts will continue to support the global fight against antimicrobial resistance by investigating the role of food and food-producing animals in transmitting antimicrobial resistance”.

Medical experts predict that drug-resistant infections could result in 10 million deaths per year by 2050, while economic losses could reach €89 trillion. Practically, experts warn that if no serious action is taken common illnesses and minor surgeries could become “high-risk procedures”.

On an EU level, 25,000 people die each year from an infection due to antibiotic-resistant bacteria. A Eurobarometer survey published in 2016 found a 6% decrease in consumption of antibiotics in the last years even though some countries are still showing an increase in their consumption.

In addition, knowledge in antimicrobial resistance remains low. A significant number of Europeans were not aware of the fact that antibiotics are ineffective against viruses (57%), cold and flu (44%). Moreover, the main and most trustworthy source of information on antibiotics is the doctors (84%) followed by pharmacies (37%) and hospitals (19%).