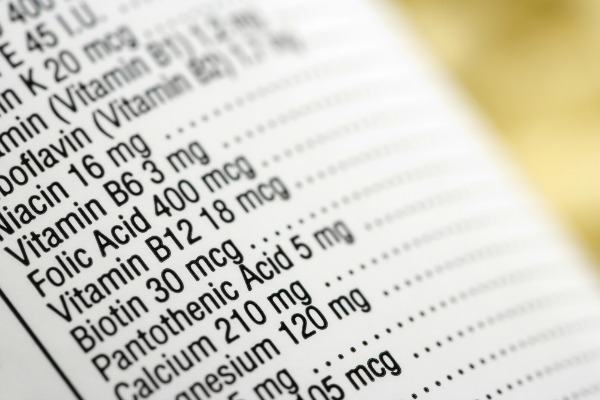 The current EU rules on food and drinks labelling do not apply to alcoholic drinks yet. [Shutterstock]

This article is part of our special report Alcohol in the EU’s policies.

SPECIAL REPORT / Consumer knowledge about the nutritional value and ingredients contained in alcoholic beverages is limited, according to a new survey published last week.

Only three out of ten respondents said they were aware that spirits contain more calories than orange juice, beer or wine, according to the new survey by GfK research, published on Thursday (26 March).

This lack of awareness about the nutritional content of alcoholic beverages comes despite a stated interest from consumers who said they would like to receive such information.

The survey is significant because a new EU-wide regulation for food and drinks labelling, including rules on ingredients, entered into force in December last year.

These rules do not apply to alcoholic beverages, however, and it remains unclear whether they will.

The survey was published as trade group The Brewers of Europe announced a major voluntary move to list ingredients and nutrition information on their brands per 100ml, in line with the new EU regulation.

“We want Europe’s consumers to know the ingredients in beer and how these beers can fit within a balanced lifestyle,” said Pierre-Olivier Bergeron, Secretary General of The Brewers of Europe.

“Brewers already label the alcohol content on their beer brands but we also agree with consumer groups that citizens would benefit from having access to the ingredients and nutrition information, allowing them to compare like-for-like facts with all the other beverages available to them, both non-alcoholic and alcoholic.”

In general, all respondents to the GfK survey believed that beer – whether alcohol-free or regular – contained more calories than 50 kcal per 100 ml, which is the average for beer.

Overall, respondents were able to name the most commonly-used ingredients of beer, namely water, hops and yeast. They were also able to mention grapes as a main ingredient in wine, but half of all the respondents indicated incorrectly that water is an ingredient of wine. 20% also named other fruits as ingredients in wine.

Knowledge about the main ingredients for different kinds of spirits proved to be lower than for beer and wine. While the majority knew that water is a key ingredient in vodka, whiskey, gin and rum, a large proportion of respondents named false ingredients such as grapes and other fruits, herbs, spices and cereals.

69% of those surveyed agreed that the same nutrition information which is currently mandatory for food and alcohol-free drinks, should also be mandatory for alcoholic beverages.  And 74% of respondents wanted the list of ingredients provided for alcoholic drinks. These include energy value, fat, carbohydrates, sugars, proteins and salt.

European consumer organisation BEUC said it was concerned that consumers were not aware of what they are drinking.

“We think consumers should know how many calories their drinks contain. We think this information is essential, especially in the context of the increasing levels of obesity and overweight among adults and young consumers,” said the BEUC’s Ilaria Passarani. “We know that young people tend to consume a lot of alcohol. Maybe they are not aware of the calories they are ingesting by consuming alcoholic beverages.”

Global brewer AB InBev said that the research backed their assumption that a large majority of consumers are interested in ingredients and nutrition labelling for alcoholic drinks.

“Consumers’ expectations for full ingredient and nutrition information for all food and drink products are clear. But the GfK report also shows some important knowledge gaps, including a common misperception that beer has more calories than is actually the case. Together with other brewers, we have a clear case for making sure consumers have the right information at their fingertips,” AB InBev said in a statement.

But Paul Skehan, the director general of SpiritsEurope, a trade group, sounded a note of caution about the brewer’s consumer survey.

A survey designed to really understand consumer thinking would first ask them to rank the information they would like to have, in order of priority, Skehan claimed. Consumers would then be asked to say whether they would prefer to see this information on the product itself, or by other means, for example, digitally.

The spirits industry said the brewers’ move was misleading and also undermined messages about responsible drinking. “While 100 ml is usually a fraction of the amount of beer a person might consume in one serving, it can equal to three servings of spirits,” the trade group said.

Anyway, Skehan said it was inconceivable that consumers will ever be satisfied with whatever information that’s presented to them.

After three years of negotiations, EU lawmakers adopted a new regulation on Food Information to consumers in 2011.

The new law, which entered into force in December 2014, aims to help consumers make informed decisions on the food they buy, and help them make healthier choices.

Food business operators were granted a transitional period of three years to adapt until the rules came into effect, on 13 December 2014.

Moreover, new mandatory rules for nutrition declaration, such as energy, fat, saturates, carbohydrate, sugars, protein and salt, which have to be displayed on back of a pack per 100 gram or milliliters, will only apply from 13 December 2016.

Alcoholic drinks have so far not been included under the new EU-wide food labelling rules.