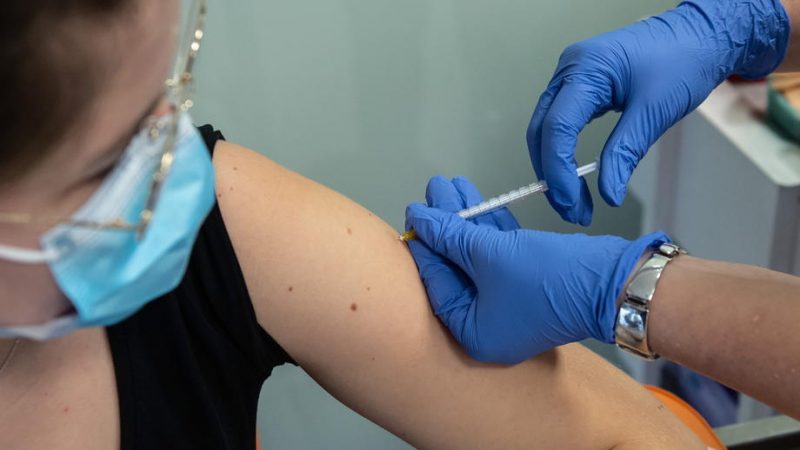 Across the bloc, the vaccination rate differs from one country to another. As an example, only 24.2% of Bulgarians are vaccinated against 86.7% of Portuguese.

“Recent modelling scenarios run by ECDC indicate that the potential burden of disease in the EU/EEA from the Delta variant will be very high in December and January,“ Andrea Ammon, director of the European Centre for Disease Prevention and Control, warned in an online statement on Wednesday.

Europe is facing a new wave of COVID as cases keep rising rapidly. In the second week of November, almost two million people got infected by the virus.

To limit the spread of the Delta variant, which is causing most of the infections at the moment, public health measures need to be “applied now, in combination with continued efforts to increase vaccine uptake in the total population“, Ammon said.

It is “even more important“ as the festive season is a time for gatherings and travels.

So far 67.7% of the population in Europe is fully vaccinated, but with huge discrepancies from one country to another.

“There are still sub-populations and age groups in which coverage remains lower than desired, even in countries that have achieved good overall vaccination coverage,“ Ammon said.

As a consequence, “this leaves a large vaccination gap that cannot be bridged rapidly and gives ample room for the virus to spread“, he added.

On Tuesday, the World Health Organisation warned that a further 700,000 people could die from COVID in Europe by next March.

“The Europe Region remains in the grip of the COVID-19 pandemic. Last week, reported deaths from COVID-19 rose to nearly 4,200 per day, doubling from 2,100 daily deaths at the end of September,“ WHO said in an online statement.

The regional director for WHO Europe, Hans Kluge, called for a “vaccine plus” approach, which consist of combining vaccination, social distancing, face masks, and hand washing.

Across the bloc, the vaccination rate differs from one country to another. At the low end, only 24.2% of Bulgarians are vaccinated, compared to 86.7% of Portuguese.

ECDC also recommends that countries consider a booster dose “for all adults 18 years and older, with a priority for people above 40 years old“.

To speed up the injection of booster doses, the Commission wants to harmonise the duration of the validity of the COVID-19 certificates, including the effects of booster shots, Health Commissioner Stella Kyriakides said on Monday (22 November) at the plenary session.

An EU source has told EURACTIV that the COVID-19 certificate could expire twelve months after the second jab.

Romania, Bulgaria, Hungary, Czechia, and Greece have already started offering citizens of all ages the third dose. Others have recommended it for the elderly and those with underlying health issues.

Meanwhile, Greek Prime Minister Kyriakos Mitsotakis has sent a letter to European Commission chief Ursula von der Leyen, asking to make the booster a condition for EU citizens over 60 to have a valid European COVID-19 certificate and travel within the bloc.

EURACTIV Greece reported that in his letter, the Greek leader referred to the high (over 90%) effectiveness of the third dose for the prevention of serious illness and proposed that it become a condition for safe travel within the EU for older people.

He stressed that this would allow national health systems to deal with a large wave of hospitalisations in the winter, but also that the pandemic would be controlled without the need for new general restrictions, which would jeopardise the economic recovery and freedom of movement.

Greece has already made a booster mandatory for those over 65 and administers it seven months after the last vaccination.

In Italy, the period to get a third dose should be reduced to five months instead of six, according to a letter published on Tuesday by the director-general of disease prevention at the health ministry, Giovanni Rezza.

The booster dose should  “increase protection against infection due to waning immunity which could potentially reduce the transmission in the population and prevent additional hospitalisations and deaths“, ECDC’s Ammon concluded. 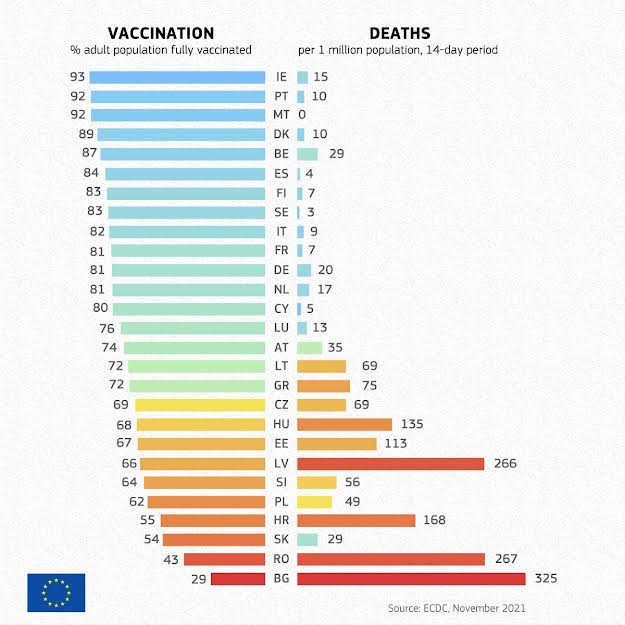