The European Parliament's Strasbourg buildings will be put to good use. [EPA-EFE/PATRICK SEEGER]

The areas concerned by the precautionary measure include mainland China, Hong Kong and Macao, but also Singapore, South Korea and four regions in the north of Italy – Lombardy, Piedmont, Emilia-Romagna and Veneto.

Staff coming back to work after having travelled to one of these areas in the last two weeks have to stay home in self-isolation and do teleworking, even if they feel well and had no suspected contact with a person infected with coronavirus.

In case the job does not make it possible for officials to telework, they should contact their head of unit “by telephone or email” to agree on possible tasks to do from home.

They can return to work only if after 14 days upon return from an outbreak area employees display no symptoms, after having received the go-ahead from their general practitioner.

Staff members who have recently been to those regions are also asked to monitor their health and take temperature twice a day for two weeks.

The mail also includes some tips in case officials had any known or suspected contact with a person infected, such as contacting a general practitioner or considering to call 112 in both Luxembourg and Brussels in case of a medical emergency.

The mail was signed by Kristian Knudsen, director-general for personnel, and was sent after at half-past eight in the evening of Monday (24 February), when the offices were closed.

It’s the first list of precautionary and common-sense measures that the human resources office has sent to staff members, while they already received some advice on good hygiene practices in the form of frequently asked questions (FAQ) in the past weeks.

The Commission said on Monday the same instructions were given to their staff – work from home for 14 days after their return from infected areas.

The number of novel coronavirus cases topped 230 in Italy, 173 of them in Lombardy, 33 in Veneto, 18 in Emilia Romagna, three in Piedmont and three in Lazio.

All the seven victims so far were elderly people or with pre-existing ill conditions.

In order to face the novel coronavirus outbreak, Italy’s government can consider limiting powers of regions’ governors and taking extraordinary measures. “At the moment, however, the situation doesn’t require it,” said Prime Minister Giuseppe Conte.

For Lombardy’s regional governor Attilio Fontana, the idea of stripping power from regions is “inadmissible and, in some ways, offensive.”

However, Conte considered that concerted effort is needed to stop the spread of the virus and the regional-based national healthcare system was not intended to face such an emergency.

“We must prevent some presidents of regions outside the areas of contagion from taking initiatives that are not justified,” he said.

Experts from the World Health Organisation (WHO) and the European Centre for Diseases Prevention and Control (ECDC) arrived in Italy on Monday in order to assist the local health authorities. 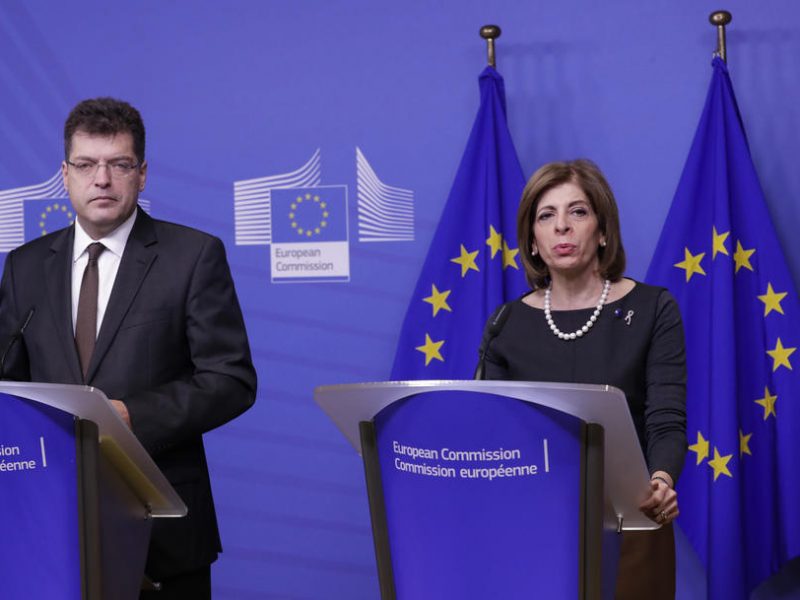