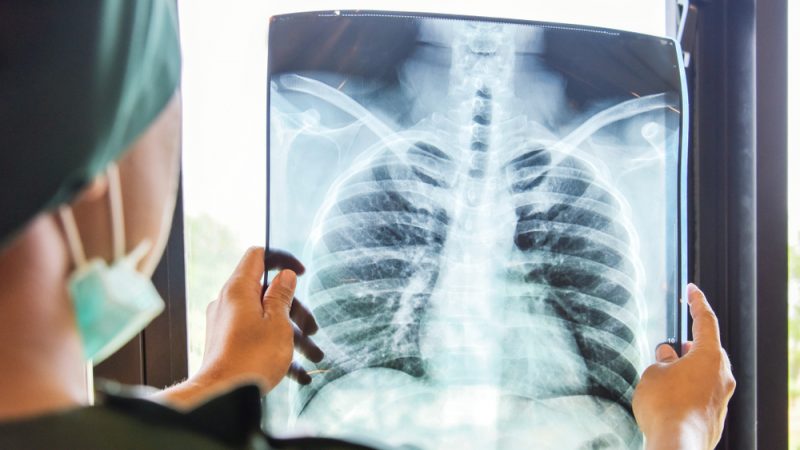 The tuberculosis targets for the UN Sustainable Development Goals (SDGs) call for a 90% reduction in tuberculosis deaths by 2030, compared with 2015, “but meeting this target now seems highly improbable” is stated in the Lancet paper. [SHUTTERSTOCK/Studio.51]

The global number of tuberculosis (TB) deaths increased last year for the first time in over a decade due to disruptions in vaccination and diagnosis created by the COVID-19 pandemic.

The World Health Organisation (WHO) announced the concerning news ahead of World Tuberculosis Day on Thursday (24 March).

“We reported late last year that TB deaths increased for the first time in over a decade. With COVID-19 causing major disruptions to access to TB care, the situation continues to look bleak,” said Tereza Kasaeva, Global Tuberculosis Programme Director at WHO, during an event on Monday (21 March).

Compared to data from 2019, Kasaeva said that in 2021, there were “far fewer people diagnosed and treated or provided with TB preventive treatment”.

The situation is worse for children and adolescents. “This conveys the urgent need to dramatically increase investments to ramp up the fight against TB and achieve commitments to end TB made by global leaders,” Kasaeva added.

Every year, 10 million people fall ill with tuberculosis, WHO reports. Moreover, despite being a preventable and curable disease, 1.5 million people die from TB each year – making it the world’s second most fatal infectious disease after COVID-19, based on ECDC information. 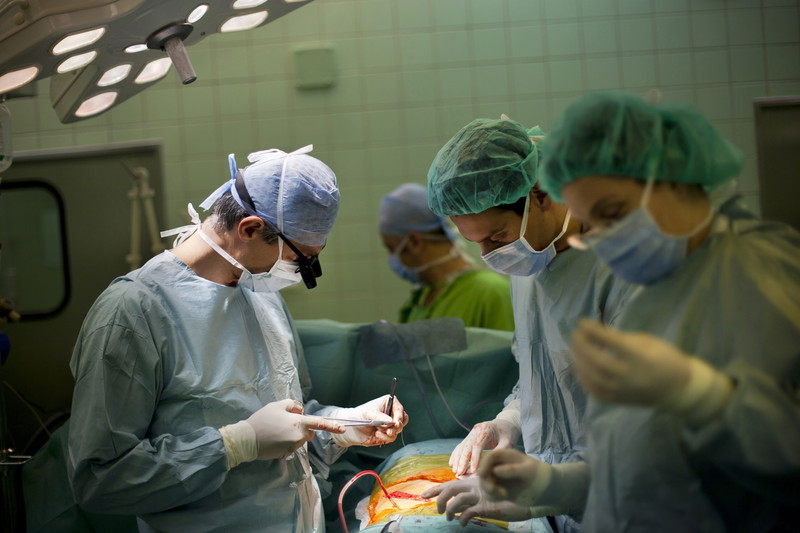 After the first successful animal-to-human organ transplant, hopes are high that this could offer a way to tackle the chronic global organ shortage. And while it is slowly becoming a reality in the US, the EU is close on its heels.

How much does TB cost for the world?

The global target on TB diagnostic treatment and prevention services is set at €11,8 billion annually by 2022. But global spending fell from €5.3 billion to €4.8 billion in 2020, far from the global target.

Kasaeva also highlighted investments for research and development, for which “at least an extra €1 billion per year is needed”.

“Building on lessons learned from COVID 19 research, there is a need to catalyse investments and actions to accelerate the development of new effective tools, especially new vaccines for TB,” Kasaeva said, adding that investment in the fight against tuberculosis is a “no brainer development target”.

She also mentioned an analysis published in Lancet in September 2021, which oversaw the economic impact of tuberculosis mortality in 120 countries and the cost of not achieving the Sustainable Development Goals (SDG) tuberculosis targets.

The tuberculosis targets for the UN Sustainable Development Goals (SDGs) call for a 90% reduction in tuberculosis deaths by 2030, compared with 2015, “but meeting this target now seems highly improbable,” the Lancet paper notes.

The analysis found that if the SDG tuberculosis mortality target is met by 2030, 23.8 million tuberculosis deaths and €11.9 trillion in economic losses can be avoided.

If the target is met 15 years later, in 2045, 18.1 million tuberculosis deaths and €9.3 trillion can be avoided. This means that being late for 15 years will cost 5.7 million lives and €2.7 trillion in economic losses. 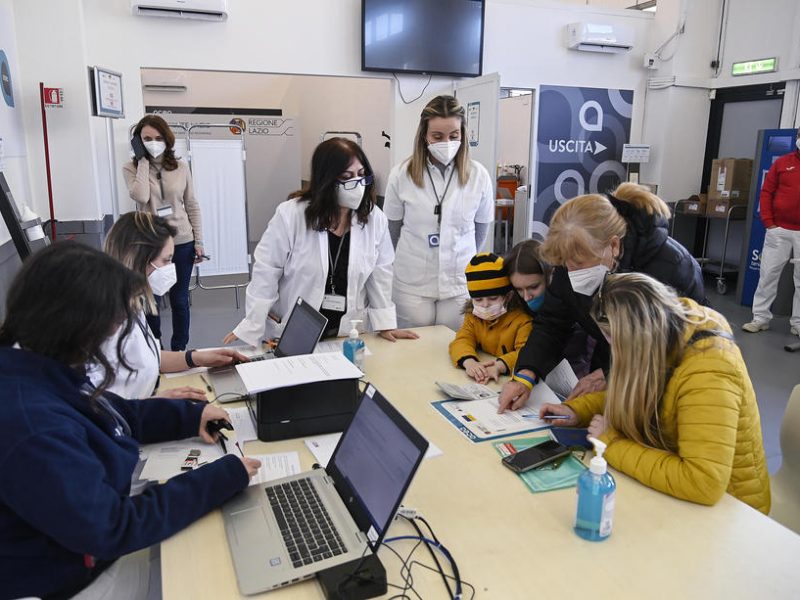 For millions of Ukrainians fleeing from the war, EU countries are lifting COVID-19 travel restrictions. However, the ECDC and WHO Europe continue to highlight the importance of ensuring vaccination coverage among refugees in host countries.

Ukraine’s improvements in the TB field are wiped out

The war in Ukraine is estimated to reverse progress in tuberculosis treatment and care.

Ukraine, a country high on the Global list of multidrug-resistant tuberculosis cases, “was one of the pioneering countries in response to TB and drug-resistant TB in the WHO European region, presenting a rapid uptake of the WHO policy guidance on tuberculosis,” said WHO Europe’s Regional Advisor for TB, Askar Yedilbayev.

But all the improvement in TB prevention, diagnosis, treatment and care, engagement of communities and civil society at the level of tuberculosis response is at risk of total erasure due to Russia’s invasion.

He added that undiagnosed and untreated tuberculosis could lead to “very serious public health consequences, such as much lower chances to be cured of tuberculosis and increased death”.

The medications distributed to regional warehouses before the war are enough for one or two months, Yedilbayev said but added that access to medicines might be disrupted due to military actions.

“Thus, there will be a need to ensure emergency redistribution of procurement of medicines to ensure continuity of treatment,” he said.

He urged that treatment must be ensured for the 3.5 million refugees who fled the war but added that this might not be easy as “most of the countries in Europe have a low burden of TB, and they have not been prepared to treat a larger number of patients“.

Yedilbayev stressed that the WHO is working to ensure access to treatments for those in Ukraine and those who left.

On Monday, WHO also released updated guidelines for managing TB in children and adolescents, highlighting new patient-centred recommendations for diagnosis, treatment and prevention. 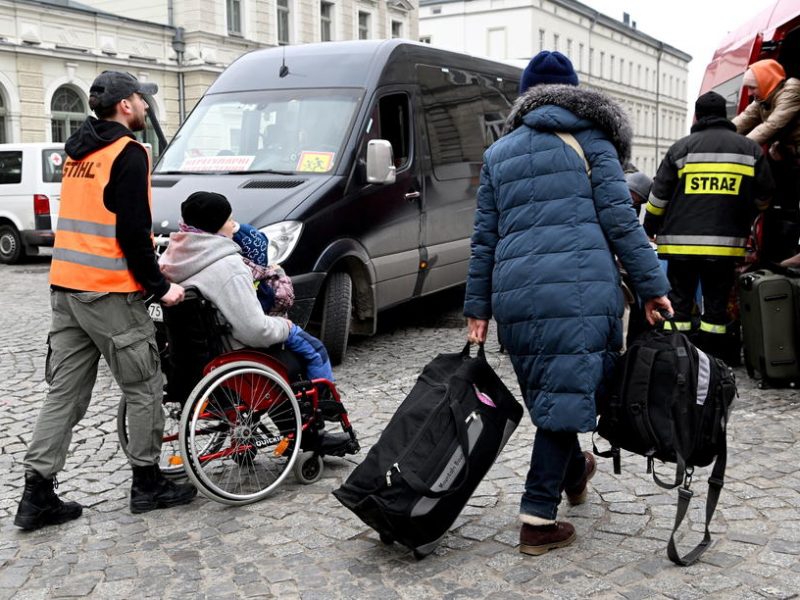