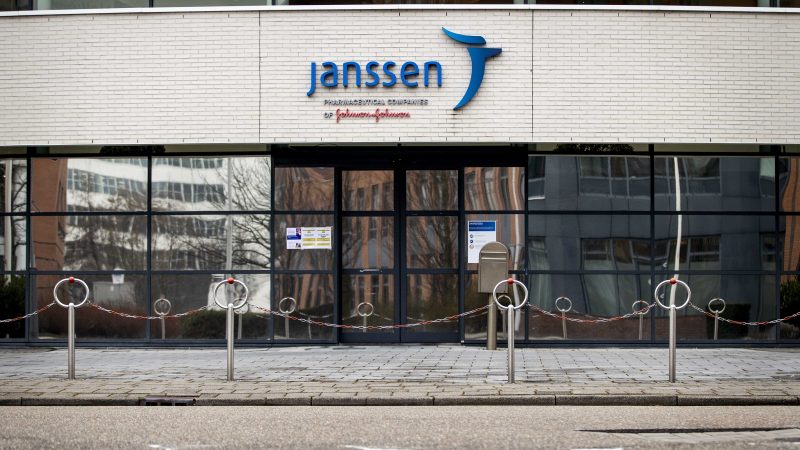 US health care giant Johnson & Johnson, beset by recent scandals over talcum powder and the opioid crisis, is poised for a reputational lift with its pathbreaking coronavirus vaccine.

J&J, which has vowed to sell the vaccine at cost, won approval Thursday (11 March) from the European Union for its Covid-19 jab after receiving the green light earlier from regulators in the United States, Canada and South Africa.

The J&J inoculation under the trade mark Janssen is the first approved by health authorities to require just one shot, the latest breakthrough for an industry that had been on the outs with the general public prior to Covid-19.

“The pharmaceutical industry was once thought of in such high regard in the 1990s but a lot of that admiration has been lost due to drug prices,” said Damien Conover, a health care analyst at Morningstar.

Consumers detect “arrogance” in how pharma giants “push around the drug as the only solution to people’s health issues,” said Daniel Binns, head of Interbrand, a New York-based marketing consultancy.

“They just have this terrible reputation” despite creating “incredible drugs,” Binns added.

J&J has come under fire in its home market in the wake of lawsuits that its talcum powder products cause cancer and over its marketing of prescription painkillers amid the country’s opioid crisis.

But the vaccine offers a shot at “brand redemption,” said Vann Graves, director of the Virginia Commonwealth University’s Brandcenter.

By any measure, the pharma industry’s vaccine program in response to Covid-19 has met the moment in confronting a global health scourge that has claimed more than 2.6 million lives worldwide.

“Any chance they have now to shine some positive light on their corporate brand makes total sense,” Binns said. “Why wouldn’t you if, for the first time in a long time, people are going ‘Okay, I can see that you do some good things.'”

If anything, J&J, which makes myriad over-the-counter and prescription medicines, as well as shampoos and face creams, is already well-known among the general public.

“We thought we had a responsibility as the world’s largest health care company to step up, much like we did with Ebola a number of years ago,” the company’s chief financial officer, Joseph Wolk, told an investor conference earlier this month.

“Just stabilizing the society, if you will, has a benefit to our business,” Wolk said.

A reopened economy is expected to boost J&J, which has seen sales decline on items tied to non-emergency medical procedures, as well as for sunscreen and other travel items.

But J&J could shift its approach once the pandemic ends, potentially if it develops booster shots to address variants of Covid-19.

“What kind of commercial opportunity is there on the horizon? Probably not in 2021,” Wolk said. “But as we move to 2022, we are looking at it more as a business opportunity.”

However, Conover noted that J&J must “be a little careful” about seeking to profit from the vaccine after accepting public funds during its development.

Wolk has also expressed hope that J&J’s vaccine success could pave the way for improved terms in other negotiations with governments.

“To say that we’ve incorporated any kind of halo effect or think this is going to help us in the next tough negotiation, I’d like to think so, but I think that would be a little bit too optimistic,” he said.

But the success of the vaccine program will likely shift the debate on drug prices. Prior to Covid-19, both major political parties had castigated the industry over runaway prices.

“With the development of Covid-19 vaccines, the policymakers understand the importance of a very vibrant drug industry,” Conover said. “And the changes are going to be more moderate because of that.”