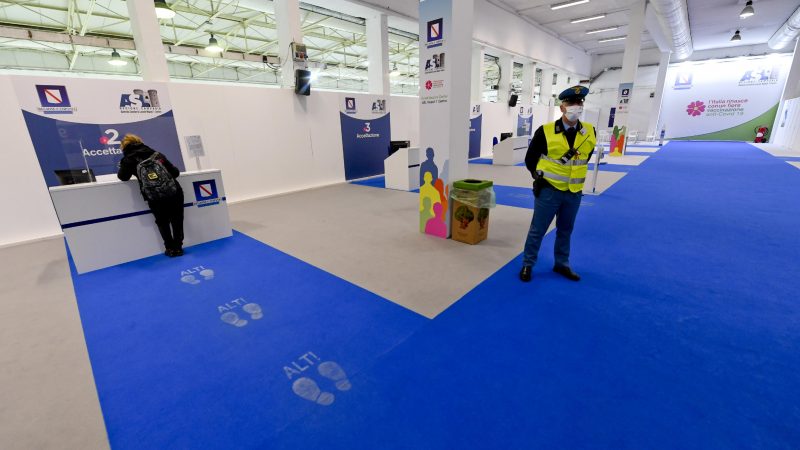 Few doctors and hospital staff at the anti Covid vaccination center set up at the Mostra d'Oltremare in Naples, Italy, 22 January 2021. The cut in the supply of vaccines disrupted the vaccination campaign in Italy. [Ciro Fusco/EPA/EFE]

“Europe invested billions to help develop the world’s first Covid-19 vaccines,” she said in a live video address to an online-only version of the annual World Economic Forum usually held in Davos, Switzerland.

“And now, the companies must deliver. They must honour their obligations,” she said.

Now the companies must deliver & honour their obligations. We will set up a vaccine export transparency mechanism.

EU is committed to contribute. But we also mean business. pic.twitter.com/lvq0KkCWJD

The Commission is demanding answers of British-Swedish group AstraZeneca and US company Pfizer about delays both have announced to their deliveries to the European Union.

In a sign of concern that pharmaceutical groups might be selling the earmarked doses to higher bidders outside the bloc, it is making a move to require the companies to notify authorities of any exports to outside the European Union.

Unlike the EU, post-Brexit Britain faces no vaccine shortages.

We have ensured Britain is leading the way on vaccinations by accelerating our Vaccines Delivery Plan, the largest vaccination programme in British history. 🇬🇧 pic.twitter.com/EdeNKwYf9w

The EU hasn’t still authorized yet the AstraZeneca vaccine, considered to be the most suitable for “mass vaccination”.  The UK is using this vaccine since 4 January.

AstraZeneca has offered to provide the EU with earlier supplies of its COVID-19 vaccine in February but has not given clarity on the possible rerouting of doses from Britain to boost EU deliveries, EU officials told Reuters on Tuesday.

The Anglo-Swedish company unexpectedly announced on Friday it would cut supplies to the EU of its vaccine candidate in the first quarter of this year, a move that a senior EU official told Reuters meant a 60% reduction to 31 million doses for the bloc.

AstraZeneca has said the revised timetable was caused by production issues in Europe. One EU senior official told Reuters last week that the problem was at a vaccine factory in Belgium run by AstraZeneca’s partner Novasep.

Von der Leyen underlined that initiative in her speech, saying “we will set up a vaccine export transparency mechanism” to “ensure” the firms meet their contractual obligations to the EU.

The issue is sensitive for von der Leyen, who spearheaded efforts to have the Commission procure more than two billion doses of potential Covid-19 vaccines for the bloc’s 27 member states, home to 450 million people.

Last week — after Pfizer’s announced delay but before AstraZeneca’s — von der Leyen vowed the aim was to inoculate 70% of adults in the EU by the end of August. That goal now looks in jeopardy.

The pace of the EU rollout has lagged behind the United States, Britain and Israel, though member states including Malta, Denmark and France have started to accelerate their programmes.

In her speech, von der Leyen said the Commission’s vaccine procurement was not for the EU alone but also for poorer non-EU countries who are to be supplied through a COVAX vaccination alliance co-led by the World Health Organization.

As part of a longer-term strategy to head off this and future health crises, von der Leyen said the EU would propose a public-private entity under a new European Health Emergency Response Authority.

Italy on Monday sent a letter of formal notice to Pfizer calling on the drug company to respect its contractual commitments over its COVID-19 vaccine deliveries. 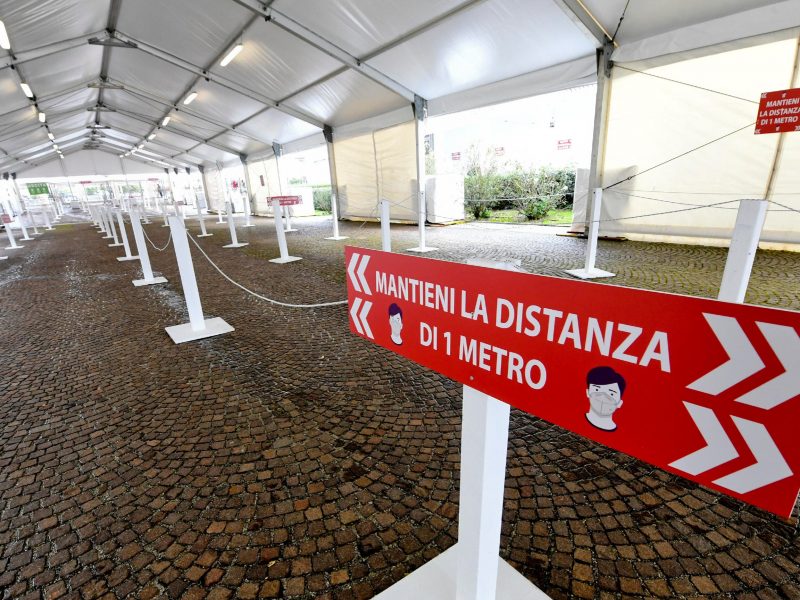 In the perspective of many member states well-prepared for the vaccination campaign, the delays in deliveries amount to the loss not only of public resource, but of human life.