Milan Kujundžić: "Europe has to be developed equally so that it can be ready to face all the challenges." [Croatian embassy]

In assessing the relocation of the EU drugs agency EMA, old member states have a “moral and political obligation” to give an advantage to those candidate countries that do not currently host another EU agency, Croatia’s health minister told EURACTIV.com.

Member states submitted their bids in July and the Commission will review them by 30 September. The criteria for the relocation include those referred to as “objective”, such as business continuity and infrastructure, but also the geographical spread criterion.

The latter is considered to be the political element of the decision, which basically divides older and newer EU members.

Speaking to EURACTIV on the sidelines of Croatia’s bid presentation in Brussels, Health Minister Milan Kujundžić insisted that Zagreb fulfills all the objective criteria.

“We meet the criteria in terms of human resources. Also the building we are offering, which will be five times cheaper compared to other candidate cities,” he said, as well as highlighting the safety element of Croatia’s capital.

Croatia, which joined the EU in July 2013, is the newest member of the Union and hosts no EU agency or any other EU body.

Asked about the need for geographical spread, Kujundžić replied that in the long run “Europe has to be developed equally so that it can be ready to face all the challenges”.

“It’s a moral and political obligation to give a certain advantage to the countries which do not have an EU agency to win the agency,” the Croatian minister said.

The Italian government has thrown its weight behind Milan’s bid. Italian Premier Paolo Gentiloni has said the Lombard capital has all the pieces in place to win the race for the coveted agency.

The prime minister pointed out that Milan’s bid means the EMA will be able to move smoothly, without interrupting its work, and highlighted that there will be “synergies” with the EU’s food safety agency (EFSA), based in the northern Italian city of Parma.

“We need to guarantee the continuity of EMA’s activities, so it is important that during the discussions and the identification of the best place, in the EU they are not playing some geopolitical aspects, but they should consider objective value in identifying the right place for the EMA,” Scaccabarozzi told EURACTIV.

Asked whether a “political” decision could lead to potential disruption of the drugs market, he replied, “I think so because EMA takes the decisions on new innovative drugs”.

“If they don’t have the capability, the support of the scientist to evaluate the dossier because most of them don’t want to move to the new place, it would be terrible for the industry. But even more for the patients, because they would not get access to the new innovative drugs,” he noted.

Italy’s pharma boss also agreed with Greece’s alternate foreign affairs minister Giorgos Katrougkalos, who recently urged the candidates that will not pass the European Commission’s evaluation report on the “objective criteria” should leave the race as early as the first round on their own initiative.

In the meantime, EMA published a survey on 26 September claiming that its staff of the agency is concerned about the relocation.

“The outcome that was shared with staff earlier this month revealed that for certain locations staff retention rates could be significantly less than 30%. This would mean that the Agency is no longer able to function and, as there is no backup, this would have important consequences for public health in the EU. In a best-case scenario, EMA could keep up to 81% of its workforce,” the survey noted.

Commenting on the EMA staff survey, an EU diplomat told EURACTIV that the real reason is the Commission’s remuneration system in Eastern Europe, which translates into 20% to 50% lower salaries than in Europe’s wealthier member states.

The EU diplomat also stressed that in some cases there are expensive schools for the children, high personal travel costs, as well as greater difficulty to find a job for the family members.

“The system that limits the salaries in Eastern Europe should be reviewed”, the diplomat said. 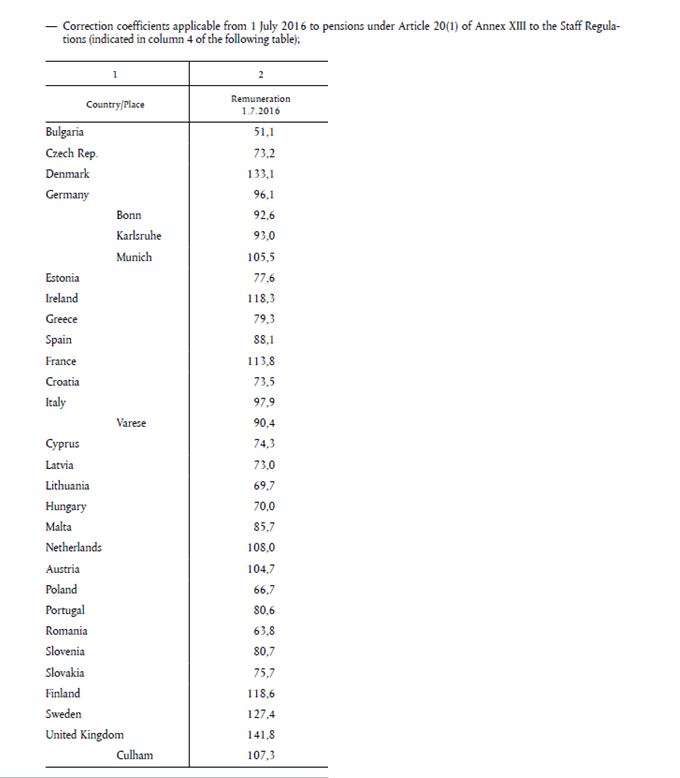 In June, EU Council President Donald Tusk and European Commission chief Jean-Claude Juncker presented the procedure for relocating the European Bank Authority (EBA) and the European Medicines Agency (EMA) from the UK after it leaves the EU.

The EMA is an EU regulatory authority which ensures that medicines available to 500 million citizens across Europe are appropriate and safe. Its office is currently in London but will need to be moved outside the UK because of Brexit.

Many suggest that this is the first test for the remaining 27 member states as crucial Brexit talks get underway.

One response to “Croatia minister on EMA: ‘Moral’ obligation to favour a country without EU agency”