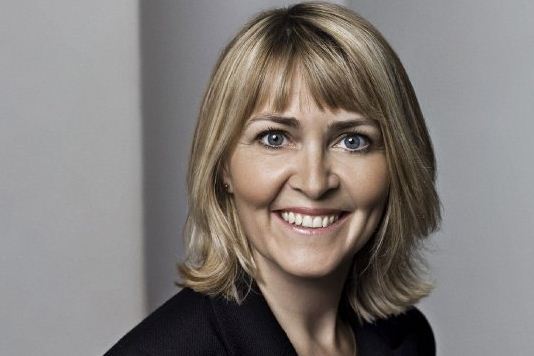 This article is part of our special report Vulnerable Consumers.

In a resolution adopted last week, the European Parliament defined what 'vulnerable consumers' are – the elderly, the needy as well as those with mental and physical disabilities. But every consumer can be considered vulnerable, argue two Danish MEPs interviewed by EURACTIV.

Emilie Turunen, a Danish MEP and spokesperson on consumer issues for the Greens political group in the European Parliament, said existing EU legislation does not give enough consideration to vulnerable consumers.

With Parliament now having defined vulnerable consumer groups, she urged the European Commission to establish fundamental rights for them.

A Parliament resolution voted on last week (21 May), establishes that children and young people as well as the mentally disabled are more receptive to aggressive marketing and as a result more vulnerable to commercial messages than others.

Elderly and physically disabled people can have problems reading or hearing the information needed to make a purchase, the resolution said.

However, it also says that the "diversity" of vulnerable situations "hinders a uniform approach and the adoption of a comprehensive legislative instrument".

"European legislation must address the problem of vulnerability among consumers as a horizontal task, taking into account consumers’ various needs, abilities and circumstances," it said.

in addition, it is not clear for everyone that "vulnerable consumers" should be treated as a specific category.

In Denmark, a spokesperson for the Consumer Protection Ombudsman told EURACTIV he had never received any inquiries from"'vulnerable consumers" related to a lack of information. The Ombudsman did not receive many complaints about aggressive marketing either, he said.

Whether this was due to practical difficulties for this particular group to file a complain was of course uncertain, the spokesperson added.

In Brussels, Danish MEP Turunen suggested that such a distinction might actually not be necessary. There are many situations in which every consumer could feel vulnerable for example on the internet, she argued.

"Obviously, you could experience bad things in the past regarding marketing and specific purchases as a consumer, but the internet has opened some doors for scam companies and there are some websites with one-click-shopping," Turunen said.

Christel Schaldemose, a Danish MEP from the Socialist & Democrats group, says she understood "vulnerable consumers" as a broad expression that doesn't refer to just a small group. Every consumer can run into situations where they become vulnerable, she claimed.

"People think it’s maybe just disabled people, but the bottom line is that we can all end up in situations where we are vulnerable because we lack knowledge or information," said  Schaldemose.

According to her, most people who buy products online, especially across borders, don't know their rights and often ignore the consequences of their purchase. Schaldemose said she recently lost money when buying an airplane ticket from an airline that eventually went bankrupt.

In the airline ticket case, she said she would have liked a 'pop-up' window on the airline's homepage saying: “You are currently not insured, so if this airline goes bankrupt, you’ll lose all your money”.

Schaldemose said it was even more important to have legislation in the financial area where under-informed customers can end up in situations of over-indebtedness. Banks should become better at explaining the risk that customers take when signing up for a loan for example and how much it will cost them in total. Information that people sometimes overlook.

"We should force the banks and financial institutions to do this. Not to give people more to read, but to let them know what the biggest risk is. What the consequence is. We need more clear and transparent information, protection and rights."

The resolution, which is legally non-binding, establishes that children and young people as well as the mentally disabled are more receptive to aggressive marketing and as a result more vulnerable to commercial messages than others.