In 2017, only 7 out of 92 medicines received a recommendation for marketing authorisation following an EU accelerated assessment procedure. Under the US counterpart scheme 18 out of 46 medicines were authorized in the same time period. [SHUTTERSTOCK]

More than two years after its launch, the EU’s fast-track approval process for marketing new drugs, called PRIME, is broadly welcomed by patients and industry, walking the fine line between patients’ safety and expediency, and between the need to foster innovation and remaining abuse-proof.

What remains problematic is the “conditional market authorisation,” another procedure that was introduced before PRIME, because of additional data requirements after the approval.

In 2016, the European Medicines Agency (EMA) launched a priority assessment scheme called PRIME, closely modelled after an existing scheme in the US led by the Food and Drug Administration (FDA). PRIME remains quite selective and focused on innovative medicines.

“Only innovative medicines which have the potential to have the biggest impact on patients’ health would fall into the scope of our accelerated assessment,” a spokesperson for EMA told EURACTIV.com.

Yannis Natsis, policy manager at the European Public Health Alliance (EPHA), an NGO, said “fast approvals pathways should not be the new norm for all drugs approvals”.

He added that fast-tracking medicines is legitimate, but only for specific substances. And it should not be the new norm, because in that case, the risk of jeopardising patient safety and patients’ demand for information would be high.

“The timeframe for EMA to review the marketing-authorisation application is reduced in view of the medicine’s potential to be of major interest for public health and therapeutic innovation,” the EMA spokesperson explained to EURACTIV.

In May 2018, the EMA published the results of a two-year overview of PRIME. While 177 requests for eligibility to PRIME were received and assessed since its launch in March 2016, only 21% of requests were accepted, totalling 36 new medicines.

In 2017, seven medicines received a recommendation for marketing authorisation following an accelerated assessment, out of 92 positive opinions granted overall.

Under the counterpart US scheme, 18 out of the 46 novel drugs proposed as fast track in 2017 were accepted by the FDA’s Center for Drug Evaluation and Research. This represents 39% of the total requests.

The applicants must demonstrate that their medicine is expected to be of major public health interest, particularly from the point of view of therapeutic innovation, if they want a medicine to be considered for the fast-track assessment.

“In the context of an accelerated assessment, the data required is as comprehensive as for a standard marketing authorisation application,” the EMA spokesperson said.

Under the EU fast-track scheme, 83% of medicines approved concern rare disease and 44% are intended to treat pediatric patients.

2015 was a good year for innovation in medicine in both the EU and the US, according to data published on Monday (4 January).

The German representative at the EMA Board, Wolf-Dieter Ludwig, said that risks for accelerated approval procedure also appear in clinical studies with very few patients and not so many endpoints.

He referred to conditional marketing authorisations or CMAs, based on less comprehensive data than in normal procedures.

These authorisations are only granted for medicines which address unmet medical needs in a seriously debilitating or life-threatening condition (including orphan medicines), or in emergency situations, and only if the benefits of an immediate availability outweigh the risks related to the fact that further data is still required.

The marketing authorisation holders through specific obligations are required to generate the additional data required, which during the first 10 years of experience with CMAs (July 2006 – June 2016), on average took 4 years.

“In these cases, in my personal view, we need additional studies after the first approval within 2 or 3 years. Otherwise, we do not get the information we need using these drugs in the best way for patients,” Ludwig added.

Based on the results reported in the two-year overview of PRIME, published in May 2018, the evidence does not suggest any abuse of the system according to the European Federation of Pharmaceutical Industries and Associations (EFPIA).

In addition, EFPIA argues that the eligibility to use the expedited pathways is much less in  the EU than in other regions, for example the US or Japan. Also, as confirmed by a recent EFPIA survey, inclusion in the PRIME scheme does not automatically mean that the medicine is eligible for accelerated assessment at the time of the application. 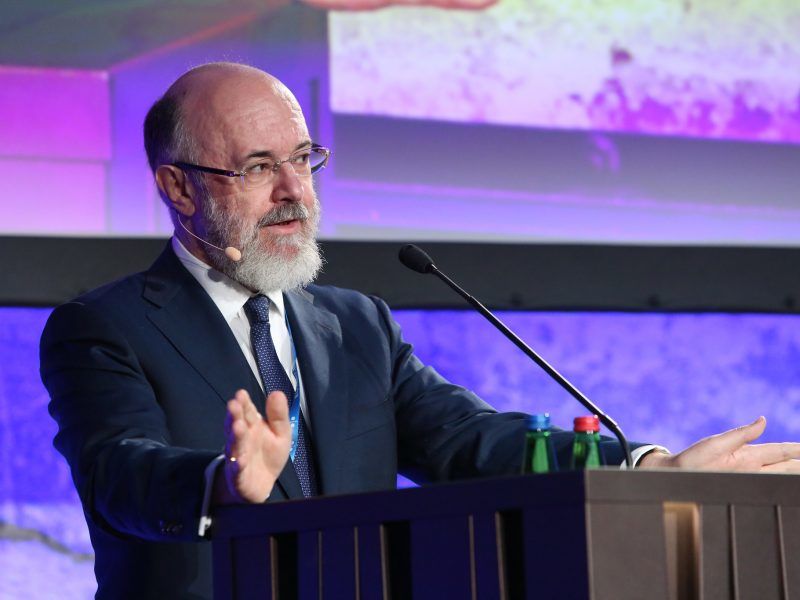 Austria’s EU Presidency will focus on “strong” investment in digital health as well as on regulatory issues when it comes to access to medicines, Dr Clemens Martin Auer told EURACTIV.com in an interview.

Dr Clemens Martin Auer is the president of the European …

For life-saving medicines in particular, she says the regulatory process should be adapted. “The difference of a few weeks or months can make all the difference to patients with life-threatening diseases, as well as for patients who live in countries where the compassionate use of medicine does not exist,” she told EURACTIV.

According to EURORDIS, an accelerated review is by no means a lower standard of marketing authorisation and the same rigorous assessment applies, while the legal timeline is simply shortened.

“PRIME is an excellent initiative to support the development of medicines that have good potential to address unmet medical needs,” she added.