Racers in action during the Grand Prix of Formula E at the Autodromo Hermanos Rodriguez of Mexico City, Mexico, 15 February 2020. [Photo: EPA-EFE/Jose Mendez]

Formula-E – an all-electric version of Formula One, now in its sixth year of running – has helped push development of battery-powered vehicles to new heights and can now legitimately claim to be doing its bit for the environment.

According to the governing body of the sport, emissions reduction measures – which include choosing the greenest transport and logistic options for moving between race venues and top-end offsetting schemes – mean Formula-E is now a net-zero sport.

“We have a responsibility to minimise the environmental impact of our global sport and are pleased to support vital environmental projects in each of our race markets,” said CEO Jamie Reigle.

Reigle added that the sport has followed advice put together by the UN Framework Convention on Climate Change aimed at event organisers, which includes measuring emissions, reducing them where possible and offsetting the rest.

Formula-E was able to calculate its emissions by teaming up with leading life cycle assessment experts to delve into climate impacts, water footprint, ecosystems quality, natural resources and human health.

Official data shows that 72% of emissions are generated by freight operators and 20% by staff and spectator travel, while the rest is made up of food, race venue operations and building the race cars in the first place.

By ensuring it has access to enough data on its footprint, the sport has been able to push through decisions on banning single-use plastics from events and tweaking how old battery cells are used once they are no longer race-ready.

As part of an alliance with industrial recycling firm Umicore, Formula-E has set up a closed-loop system for the batteries it uses and older models deployed in its first two seasons – defunct due to technological upgrades – have now been repurposed.

Tyres – which are also a source of air pollutants – are also limited to just two sets per race weekend in order to cut down on the number that have to be shipped internationally. All are recycled after the event finishes.

But there are only so many emission cuts that can be made, especially since the championship has to rely on international air travel to move drivers, mechanics, cars and, in pre-COVID times, spectators across the world to different venues.

The sport’s sustainability chiefs have relied on ‘gold standard’ verified carbon offset schemes to account for the emissions they cannot as yet reduce, which are targeted at the countries in which Formula-E holds its races.

Projects include biomass energy generation in coal-hungry China, wind power sites in Argentina and Uruguay, landfill gas generation in the US and renewable energy certificates in six European countries.

Formula One – motorsport’s premier series – aims to go fully carbon-neutral by 2030, while championship-winning team Mercedes has set the same target for the end of this year. Due to the virus impact on the sport, it is likely to be achieved.

Mercedes driver Lewis Hamilton announced earlier in September that he is entering his own team in the ‘Extreme-E’ offroad championship, a new 4×4 competition debuting in 2021 that will take place in areas of the globe that stand to be the most affected by climate change.

The all-electric races, already dubbed ‘the E-Dakar’, will range from the deserts of Saudi Arabia and Senegal to the winter tundras of Greenland and Nepal. Teams will have to field a man and a woman to be eligible to compete. 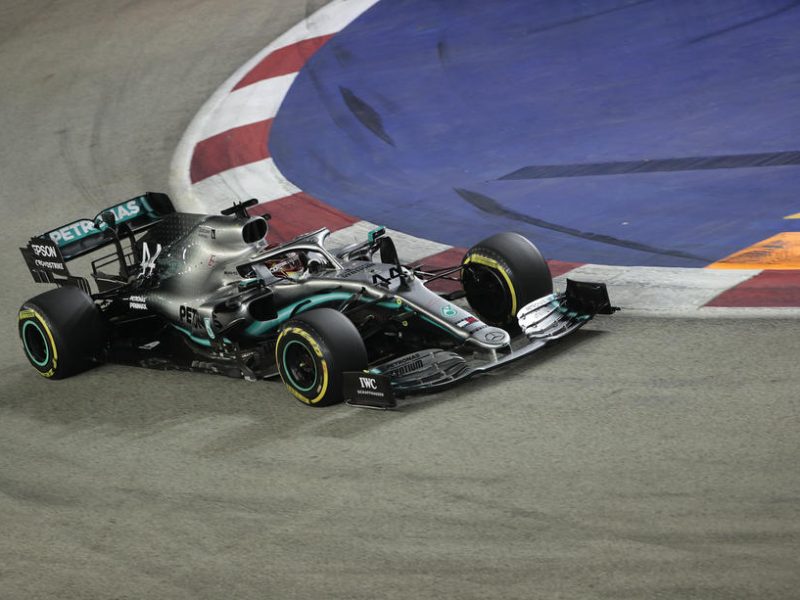