WHO Director General Tedros Adhanom Ghebreyesus and Commissioner Neven Mimica after having signed the grant on the sidelines of the European Development Days 2019. [KOBUS/EC]

A new grant programme largely funded by the European Development Fund (EDF) will support all 78 African, Caribbean and Pacific (ACP) countries in an effort to strengthen their regional health systems and tackle non-communicable diseases and health security issues.

On Tuesday (18 June), EU Commissioner for International Cooperation Neven Mimica and WHO Director-General Tedros Adhanom Ghebreyesus signed a new financial agreement under which the EU will help the UN agency try to reach the ambitious goal of universal health coverage (UHC) by 2030.

“Universal health coverage is definitely our top priority,” said Tedros Adhanom at the signing ceremony held at this year’s European Development Days in Brussels. “Our vision is to see 1 billion more people benefiting from health coverage in between now and 2023,” he added.

The concept of UHC does not mean that the progressive expansion of health services and financial protection across the world should be free of charge. It is more about providing access to safe, effective, quality and affordable essential medicines and vaccines for all, as listed under UN Sustainable Development Goal (SDG) number three.

“We will not reach our objectives on SDG3, just by tackling specific diseases, we need a more comprehensive outlook and making sure that overall health system gets the financing it needs,” said Commissioner Mimica at the event.

Considered the silent killer of our time, NCDs or chronic diseases are responsible for 71% of global deaths, more than 40 million annually. Cardiovascular and respiratory diseases, cancers and diabetes account for over 80% of all premature NCD deaths.

Chronic diseases might be caused by genetic, physiological, environmental or behaviour factors. In Europe, more than 790,000 deaths per year are a result of behavioural risk factors like smoking, obesity and alcohol consumption.

For instance, obesity is a risk factor for other health problems, like hypertension, diabetes and some forms of cancer, according to the Commission’s Health at a glance report 2018, produced in cooperation with the Organisation for Economic Cooperation and Development (OECD). 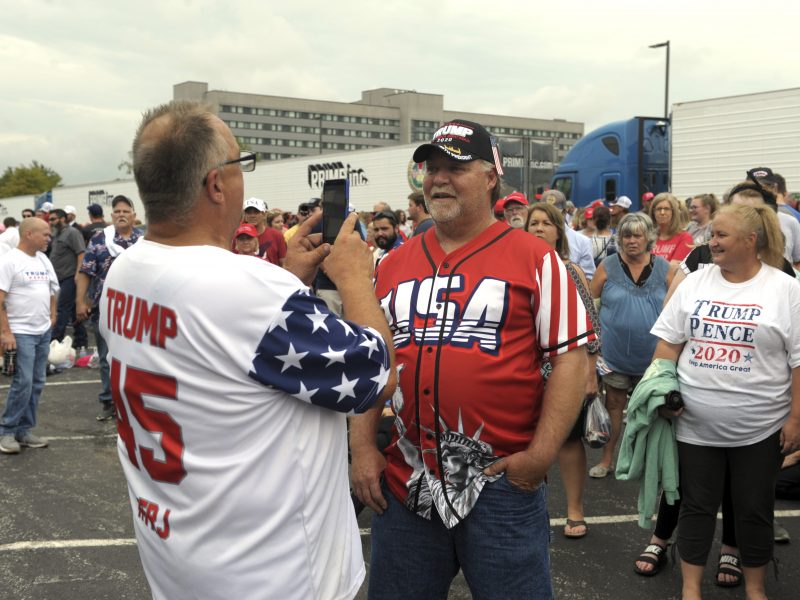 Could obesity be a predictor of the next political mayhem?

Unexpected political upheavals such as Brexit or Trump’s election could have been foreseen if the obesity rate has been taken into consideration as a socio-economical marker, a nutrition expert provocatively said in this year’s European Congress on Obesity in Glasgow.

“We’re committed to working with all the countries to ensure the EU generous financial support is translated into policies and programs that deliver results, meaning achieving the 1 million target and to be on track in terms of SDGs,” Tedros Adhanom said.

The EU and WHO started the first partnership on UHC in 2011, working much closer together at international level and developing ties between EU delegations and WHO country offices.

In the period 2013-2017, more than 13 million children were fully immunised, more than 57 million women could access contraception, 11 million people had access to life-saving treatment for HIV and 600 million insecticide-treated bed nets were distributed.

The UCH programme launched on Tuesday will benefit in the longer term from an overall EU contribution of €118 million out of a total budget of €123 million.