EURORDIS: "No country can solve the problems posed by rare diseases alone as expertise and knowledge are rare." [Shutterstock]

It is still unclear whether the UK will continue to participate after Brexit in the European Reference Networks. But in case it finds itself outside the platform, which aims to help patients with rare diseases, millions of patients in the UK and Europe may be at risk.

The Brexit Health Alliance, which consists of organisations from the NHS, medical research, industry, patients and public health organisations, published a report on Wednesday (28 February) warning about the consequences that a bad Brexit deal could have on patients with rare diseases.

“Unless the right deal is reached, collaborative trials, networks and research activities of benefits to patients across Europe may be set back,” the report said.

Niall Dickson, the co-chair of the Brexit Health Alliance, said politicians should make sure UK and EU patients do not lose out as the UK leaves the EU.

“If patients are to continue to benefit from early access to new and better treatments, health technologies and cutting-edge medicines, we have to be able to take part in multinational research programmes and clinical trials. We have achieved so much through co-operation with European partners and this must continue,” he said.

The report highlights the importance of the European Reference Networks, whose aim is to provide cross-border healthcare cooperation between European countries on treating rare and complex diseases.

The European Commission has insisted that the ERNs are significant because almost 30 million patients across Europe suffer from rare diseases. 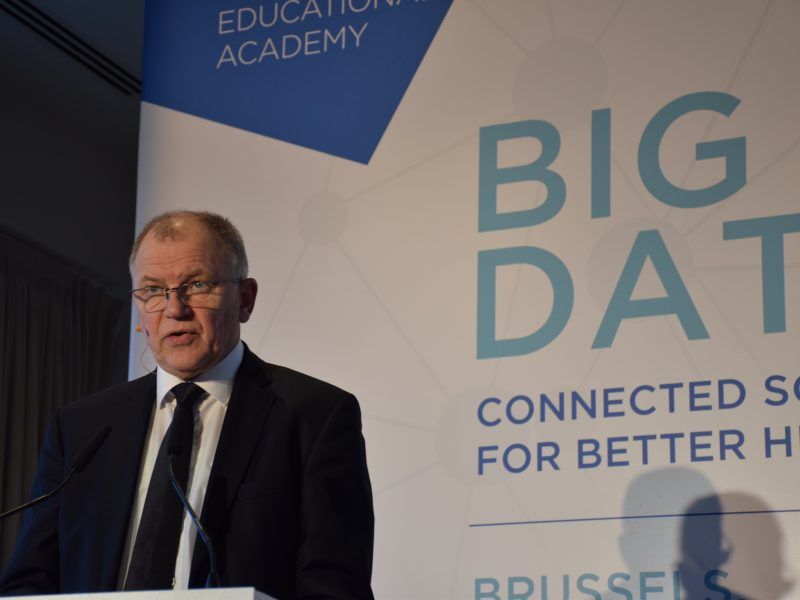 The healthcare sector generates massive volumes of data, which has “immense potential” to protect and promote health and to improve healthcare and cure, according to Health Commissioner Vytenis Andriukaitis.

The UK National Health Service (NHS) is involved in 23 of the 24 networks, and NHS Trusts leads six of those.

Sources close to the Brexit negotiations told EURACTIV that the UK would leave the ERNs once it leaves the EU. But this is “without prejudice” to the future relationship with the UK, as talks are still ongoing.

The same sources clarified that the ERNs bring together healthcare providers (mainly hospitals) from across the EU, but not patients, who can be involved in the EU network regardless of where they come from.

Another source said that there are already EU member states that do not take part in the ERNs.

Asked whether there is an actual threat that the UK could be excluded from the ERNs, Elizabeth Kuiper, director of European affairs at the European Federation of Pharmaceutical Industries and Associations (EFPIA), replied, “I’m afraid so”.

“Unless alternative arrangements are agreed during Brexit negotiations, the departure of the UK from the EU means that the UK can no longer continue as a member of ERNs or benefit from the associated shared IT infrastructure and EU funding. Meanwhile, the EU may see delays in benefiting from UK developments in diagnosing developmental disorders,” she said.

“No country can solve the problems posed by rare diseases alone as expertise and knowledge are rare. Community action between countries is essential to successfully meet the needs of this vulnerable patient population,” Bottarelli told EURACTIV.

Referring to the ERNs, she said that Brexit creates the risk of taking a step backwards by weakening collaboration. That will have a direct impact on people living with a rare disease in the UK, who, like all rare disease patients, are a vulnerable group of citizens.

“They would be the first victims of this fragmentation and the loss of shared expertise across Europe. This would increase inequalities of access to care and cure. A good deal for UK patients would be maintaining the presence of the UK centres in ERNs, at least as affiliated members,” Bottarelli added.

“Rare disease patients in the rest of the EU will also be worse off if UK centres were to leave ERNs. Their high level of expertise in a wide range of clinical areas–reflected in 10% of centres that are members of ERNs and 25% of ERN leaders being from the UK–is and has been for years extremely valuable to the rare disease field.”