Speaking at an event organised by EURACTIV on 30 January, Arūnas Vinčiūnas, head of cabinet of EU Health Commissioner Vytenis Andriukaitis, said e-cigarettes might be less harmful, according to some reports, but they’re still “poison”. [Shutterstock]

Speaking at an event organised by EURACTIV on 30 January, Arūnas Vinčiūnas, the head of cabinet of EU Health Commissioner Vytenis Andriukaitis, said e-cigarettes might be less harmful, according to some reports, but they’re still “poison”.

“There is reluctance and a specific attitude towards the tobacco industries,” Vinčiūnas added. 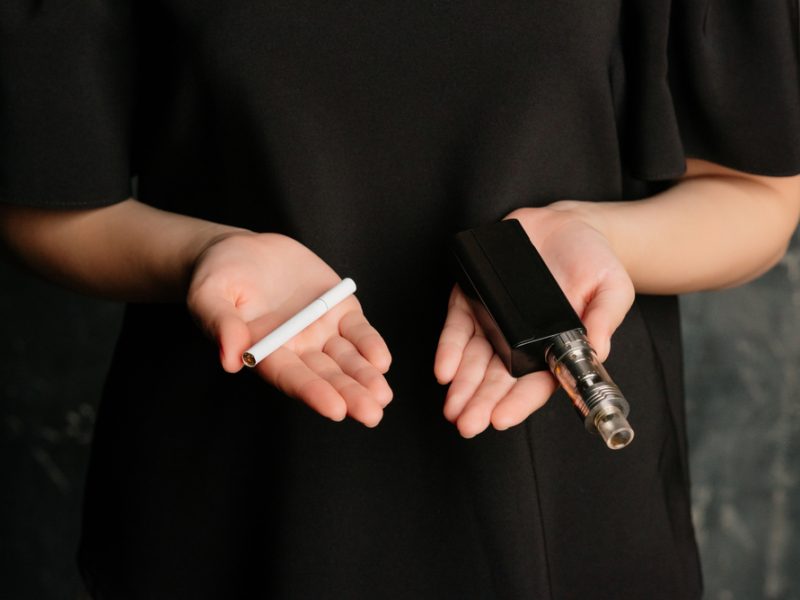 Dr Konstantinos Farsalinos and Dr Konstantinos Poulas from the department of pharmacy at the University of Patras in Greece wrote a letter saying that the statement was inaccurate and did not reflect the established knowledge on these products in terms of safety and intended use.

“Furthermore, it generates confusing messages to smokers who need, deserve and should have the right to access to less harmful products in an effort to quit smoking, a highly dependent behaviour,” they said.

“While it has now become universally accepted within the EU that harm reduction is a necessary and effective approach in reducing the adverse health consequences of recreational drug use, there is a lot of resistance in accepting a similar approach for smoking,” the researchers said.

Advocates of the so-called “next generation products” insist they are much less harmful than smoking, considering that they are non-tobacco products that can deliver nicotine to smokers. They also refer to studies saying that these products can help smokers kick the habit completely.

On the other hand, the European Commission does not see these products in a positive light.

In an interview with EURACTIV in May 2018, Commissioner Andriukaitis said e-cigarettes were not the way to stop smoking.

“Is it good for health to smoke e-cigarettes? Who would advocate this is very good for health?” he wondered, adding that the best way to stop smoking is to see a medical doctor or a psychologist and get the necessary medicines.

“If they use it as a cessation method, then one can be under the scrutiny of medical doctors. They know how to help you. Not do it yourself,” Andriukaitis added.

But the Greek researchers insisted that while smoking cessation medication had been available for many years, it was widely recognised that their popularity is low and their effectiveness limited.

“While everyone would wish for smoking cessation to be a simple and easy process towards better health, unfortunately, the reality is disappointing.”

“Smokers should not be punished for the wrong decision they made to initiate smoking, usually early in their lives, and for the lack of highly effective therapeutic smoking cessation interventions,” they said.

In addition, the German Association of E-Cigarette Trade (VdeH) also reacted to the Commission’s remarks, accusing the executive of lack of expertise.

“It is very worrying that the responsible EU Commissioner’s head of cabinet betrays such a lack of expertise. E-cigarettes have precisely the key advantage of not containing any tobacco, which obviously means that no tobacco is burnt during the consumption of these products,” VdeH President Michal Dobrajc said.