Henriette Jacobsen, reporting from the Gastein Health Forum in Austria 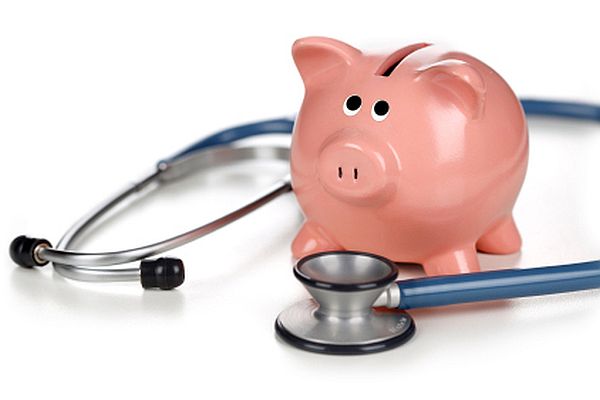 This article is part of our special report Resilient and innovative EU health systems.

As a result of the financial and economic crisis, many EU countries have reduced their healthcare budgets, leading to an overall drop in expenditure in the sector for the first time in decades.

Speaking at a panel discussion on Wednesday (2 October) in Gastein, Paola Testori Coggi, director general of the European Commission's health and consumer policy directorate (DG Sanco), said member states had good reasons to make their healthcare systems more cost-effective and sustainable. But they should also be aware of the social consequences.

"We need to maintain the access to universal healthcare services which exists as an obligation in our treaty under human rights. All European citizens have the right to access healthcare of good quality. But we know that this in fact is not the real situation for all the member states," Testori Coggi said.

In Greece, the public healthcare system has come under enormous pressure during the crisis, with hospitals and pharmacies cutting back on medical supplies. Spanish authorities have legally restricted access to care for undocumented migrants.

Groups that were already vulnerable before the crisis, such as undocumented migrants, asylum seekers, drug users, sex workers, destitute European citizens and homeless people, have seen a reduction in social safety nets which provide them with basic help.

Among the patients visiting clinics at the humanitarian organisation Doctors of the World, 20% have reported being denied access to healthcare services in the last 12 months, with 62% of those occurring in Spain.

In Greece, before the crisis most of the patients visiting Doctors of the World's clinics were migrants with little or no financial means. But in the last year, almost half of the patients were Greek citizens who could no longer afford healthcare services.

Testori Coggi emphasised that member states should focus on the aspects of health with certain social consequences: nutrition, use of alcohol, tobacco and physical activity.

"We need to reduce inequality in Europe because this contributes to social cohesion and helps to reduce poverty," she stressed.

In this regard, the director general highlighted the EU's cross-border healthcare directive which regulates the mobility of patients within member states so that patients can move freely and decide where to get treatment in Europe.

"The directive is also important for other reasons such as innovation, as it has set up a cooperation and assessment system at European level. The directive helps member states sharing best practices, also on eHealth," she said.

In the area of inequality, Testori Coggi said the Commission was working with the member states to improve access to healthcare through EU regional funding. The EU executive will also organise a conference on anti-discrimination in March as well as work with the World Health Organization (WHO) to develop guidance on health inequalities.

Miklós Szócska, minister of state for health at the Ministry for National Resources in Hungary, said his country was the biggest user of structural funding for health and restructuring healthcare, but has experienced conflicting results.

"My understanding is that the structural funds are the only development resources for making the health systems more sustainable. For countries like Hungary, this is an equality development fund that is accessible and which makes the system more sustainable, from hospital-oriented healthcare to prevention work," Szócska said.

Raed Arafat, Romania's secretary of state for health, said each EU country has different needs, but that the Commission had convinced him that the country's health infrastructure needed an upgrade after many years without reforms.

"For example, we haven't built hospitals," Arafat said. "Romania is now trapped. We can't do anything with our own money to increase the net of the country, so if we want to build a large, regional hospital, this is very hard. But the structural funds will help with the co-financing. If we want to make a real reform and nationalise hospitals we need to do those investments," the secretary of state said.

Arafat added that one regional hospital had its services spread between 27 different buildings, sometimes five kilometers apart, with the emergency room in one building and surgery in another, for example.

"We are talking about giving patients the rights to be treated well," Arafat said.

Speaking at the Gasterin Health Forum, Lithuania's Minister for Health, Vytenis Povilas Andriukaitis, said: "The idea that health is just about expenditures - even if it is shared by some in Brussels and by certain national ministries of finance - has to be considered as a relict of the twentieth century. We should instead focus health as an investment. Growth of the health sector enriches the economy at large."

"A healthy workforce ensures productivity; increase in life expectancy, if correlated with a higher retirement age, helps to ensure social insurance funds are sustainable; and innovation in medicine ensures the competitiveness of European pharmaceutical and engineering companies and boosts science and technological progress in all sectors."

"We are not simply undergoing a crisis. This is new reality and we have to face it. The challenge is how to give better value for money and increase cost-effectiveness. Finding solutions to these challenges is what we are looking for. In ancient Greece, Alexander the Great cut the Gordian Knot with his sword. However, things are much more difficult today in relation to the sustainability of health systems," said Greek Health Minister Spyridon-Adonis Georgiades.

Fergal Lynch, debuty secretary-general of the Irish Department of Health, added: "Building innovative and resilient healthcare systems and meeting the growing demand for healthcare with limited resources represent key challenges facing member states today. We need to pursue reforms in healthcare, address costs and protect patients. Action at the EU level will help us be resilient and innovative in this regard."

This year’s conference discusses how to secure the EU's healthcare systems for the future after years of budget cuts due to the financial crisis.

Between 2008 and 2011, 17 out of the EU’s 28 member states have slashed their public spending on healthcare due to austerity policies.