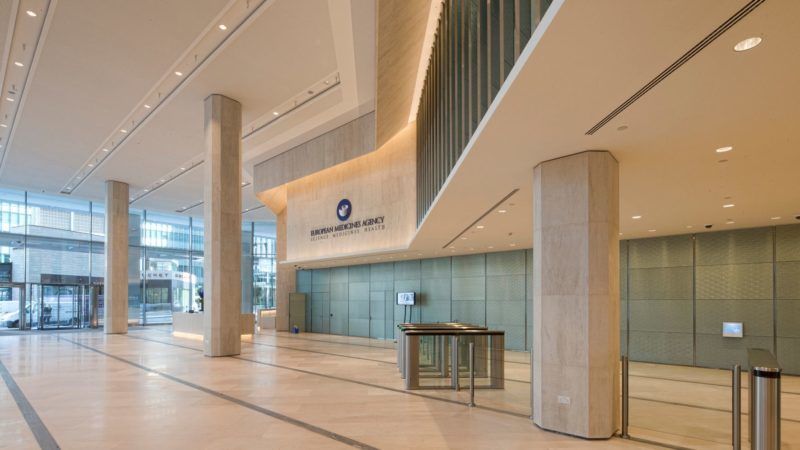 The European Medicines Agency (EMA), needs to be relocated from London. [@PyxaSolutions Twitter]

Europe’s drugmakers pushed for a decision as early as June on the new location for the headquarters of the bloc’s medicines watchdog, which will relocate from London following Britain’s decision to leave the EU.

The European Medicines Agency (EMA), employing nearly 900 people, acts as a one-stop-shop for approving new treatments and monitoring the safety of drugs and veterinary products across the EU.

The new location will be decided upon by the EU’s heads of state, who next meet as the European Council on 22-23 June.

“The Council’s deliberations on the Agency’s future location need to be conducted on the basis of very essential criteria and put for decision as early on as possible, preferably at its meeting in June this year,” European pharma lobby group EFPIA said in a statement on Monday signed by 19 top executives at member companies including Pfizer, Novartis, Sanofi and Roche.

The industry warned that getting it wrong could impact the region’s high level of public health.

EMA’s executive director Guido Rasi earlier this month also called for a decision in June and for a carefully planned relocation so as not to disrupt the body’s work.

The EMA, the largest EU body in Britain, has been based in London since its birth in 1995 and it moved into new premises in Canary Wharf on a 25-year lease less than three years ago.

No fewer than 21 EU member states have expressed their interest in hosting the EMA, including the Netherlands, Italy, Denmark, Sweden, Spain, France, Ireland and Poland.

The new location would have to offer sufficient transport infrastructure and accommodation for EMA staff and its tens of thousands of annual visitors and quality housing, schools and employment opportunities for spouses and family to retain its staff.

Let's send the EMA to a city that really needs the financial benefit of having such an agency there… https://t.co/ZhnZ641mtP