The EU House is due to finalise its report by the end of January and then start trilogies with the EU Council, but critics suggest that if there is any delay then the legislation won’t be adopted before the EU election. [Shutterstock]

“The US is interfering in an EU domestic policy matter by trying to manipulate and influence the current debate, in order to defend non-better-specified interests,” Medicines for Europe, which represents the European generic, biosimilar and valued added pharmaceutical industries, said in a statement.

The generics industry association referred to a meeting that will be organised by the US patent and trademark office (USPTO), together with the US Trade Office (USTR) and the US Department of Commerce, in Brussels on 23 October.

According to Medicines for Europe, the meeting aims to influence EU officials on the outcome of this EU legislative proposal. Chatham house rules will apply, meaning there will be no on-the-record media coverage.

“This is in line with consistent efforts from US commercial interests to close the US healthcare market to biosimilar medicines. Unfortunately, the organisers have had no regard for transparency about the details of the meeting, the participants, nor the agenda,” the industry said.

“Europe cannot be intimidated and will not capitulate before the defence of the economic concerns of US commercial interests,” commented Adrian van den Hoven, Director General at Medicines for Europe.

Contacted by EURACTIV.com, a spokesperson from the US Mission to the EU, commented, “In the conduct of routine diplomatic business, the United States engages regularly with EU institutions, member states, and a wide range of stakeholders in Brussels on issues of shared interest, just as they do in Washington.”

The Commission presented on 28 May its legislative proposal to add a manufacturing waiver to SPCs as part of its upgraded Single Market Strategy in 2015.

An SPC usually extends the protection of patented medicines by up to five years to compensate for the time lost in obtaining regulatory approval for the medicine. However, during this period, European manufacturers of generic and biosimilar medicines cannot produce their drugs in the EU. 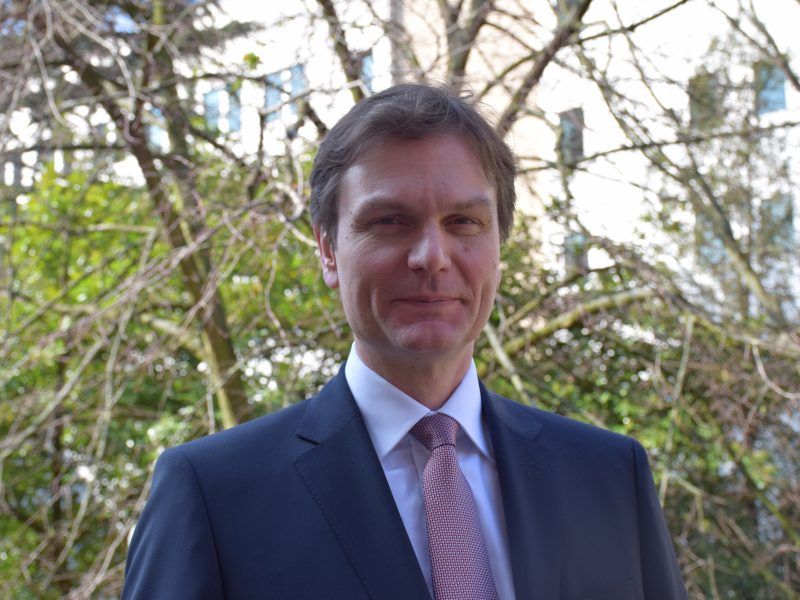 The generic industry’s request for an SPC (supplementary protection certificates)  manufacturing waiver, which would allow them to produce in the EU SPC-protected drugs for other markets, does not influence or harm innovators’ rights, Marc-Alexander Mahl told EURACTIV.com in an interview.

The SPC manufacturing waiver for export purposes will allow generic and biosimilar manufacturers to start producing medicines in the EU during the SPC period and export them lawfully during this period to unprotected non-EU markets, where the SPC does not exist or has already expired.

Considering that the industry is currently import-dominated, according to the executive, an SPC manufacturing waiver for exports to countries outside the EU could allow the EU generics and biosimilars industries to create thousands of high-tech jobs in the EU and start many new companies.

In an interview with EURACTIV last October, Nathalie Moll, director general of the European Federation of Pharmaceutical Industries and Associations (EFPIA), said that an SPC manufacturing waiver would be detrimental to innovation, research and development in Europe and the economy as a whole.

“It would be sending a concerning signal about the EU’s respect for and seriousness about building a knowledge-based economy,” she said.

The European Parliament’s Committees on International Trade (INTA) and Environment (ENVI) have already issued their opinions on the file while. By the end of October the lead Committee on Legal Affairs (JURI) is expected to issue its own report.

The EU House is due to finalise its report by the end of January and then start trilogues with the EU Council, but critics suggest that if there is any delay, the legislation won’t be adopted before the EU elections next May.

Contacted by EURACTIV.com, Sergio Napolitano, Director of Legal Affairs and External Relations at Medicines for Europe, said the SPC manufacturing waiver would have a positive impact on investments on both generics and biosimilars.

“This impact will also be extended to the whole pharmaceutical sector considering that the active pharmaceutical ingredients and molecules are being produced by either generic companies, originators or third parties that only deal with this production,” he said.

He noted that the SPC waiver would allow manufacturers, including these third parties, to invest in producing molecules in Europe rather than in India, China or Korea.

“This is against the interests of US originators as the US does not want to face this rising competition from Europe.”

Napolitano explained it was also a matter of perception of the origin of drugs, as medicines from Europe are considered to have pretty safe standards compared to the rest of the world.

“This is something the American originator companies do not view positively.”

Another reason for the US opposition is the level of development of biosimilars. “Europe invented biosimilar medicines, it has been investing in them for the last 16 years and they have been on the EU market for 12 years. On the contrary, the US first authorised them two years ago,” he said.

“The EU’s pioneering role in biosimilars makes Europe a strong competitor to the originator biological products losing SPC protection in the next few years, which is what is driving the current US reluctance to this proposal,” he concluded.