Brussels is ready to loosen its stance on GMOs in order to avoid bottlenecks in clinical trials for a coronavirus vaccine involving multiple countries.

Current GMO legislation does not foresee situations of urgency, resulting in very complex and time-consuming procedures, the Commission argues, saying “there is considerable variety across member states in the national requirements and procedures implementing the GMO directives.”

Potential vaccines currently under development by pharmaceutical companies such as Astra Zeneca and Johnson & Johnson contain or consist of GMOs.

The proposed derogation, which still needs to be voted by the European Parliament and  the EU Council of Ministers, will last for as long as COVID-19 is regarded as a public health emergency, the Commission said.

The relaxed rules will apply not only for clinical trials on a COVID-19 vaccine but also for treatments, the Commission’s communication reads, although compliance with good manufacturing practices (GMPs) and an environmental risk assessment of the products will still be carried out before their marketing authorisation.

The Commission called on the EU’s co-legislators to adopt the proposal swiftly in order to enable clinical trials to take place in Europe as quickly as possible.

German MEP Peter Liese, European People’s Party (EPP) spokesperson for health, agreed with the Commission’s push on passing the derogation as soon as possible, saying that it needs to be done before the summer break.

“It’s a challenge to do it in 3-weeks time, but at the Parliament, we have followed fast-track procedures for less crucial issues in the past,” he said.

Although GMOs are controversial, Liese said the proposed temporary change in legislation would be “small” and “very targeted, aiming at having a European evaluation of the risk of GMOs.

A first debate on the proposal is planned in the European Parliament’s environmental and health committee (ENVI) next Monday (22 June), with the participation of Health Commissioner Stella Kyriakides.

The EU executive also proposed a more flexible approach to other regulatory processes, like a fast-track procedure for market authorisation, labelling and packaging requirements of medicines.

For instance, shortening the period for consulting member states and allowing translation of the documents into the full set of languages after the authorisation rather than before will reduce the Commission’s authorisation procedure from nine weeks to one, the executive said.

The call for greater flexibility in EU’s regulatory framework is included in the Commission’s vaccine strategy, unveiled on Wednesday (17 June), which sets out to accelerate the development, manufacturing and deployment of vaccines against COVID-19.

In the strategy, the Commission proposed a €2.7 billion Emergency Support Instrument to buy COVID-19 vaccines upfront, making use of advance purchase agreements (APAs) and entering into agreements with individual vaccine producers on behalf of the member states.

This comes after the initiative of four member states that already clinched a deal with drugmaker Astra Zeneca for the supply of an experimental COVID-19 vaccine.

The initiative, led by France, Germany, Italy and the Netherlands, was criticised by some other member states during the Health EU Council on 12 June, as they would have preferred a more European approach.

The Commission offered to run a central procurement process, scaling up the approach of the 4-country-coalition to cover the whole EU.

“Working together will increase our chances of securing access to a safe and effective vaccine at the scale we need and as quickly as possible,” said Health Commissioner Stella Kyriakides. 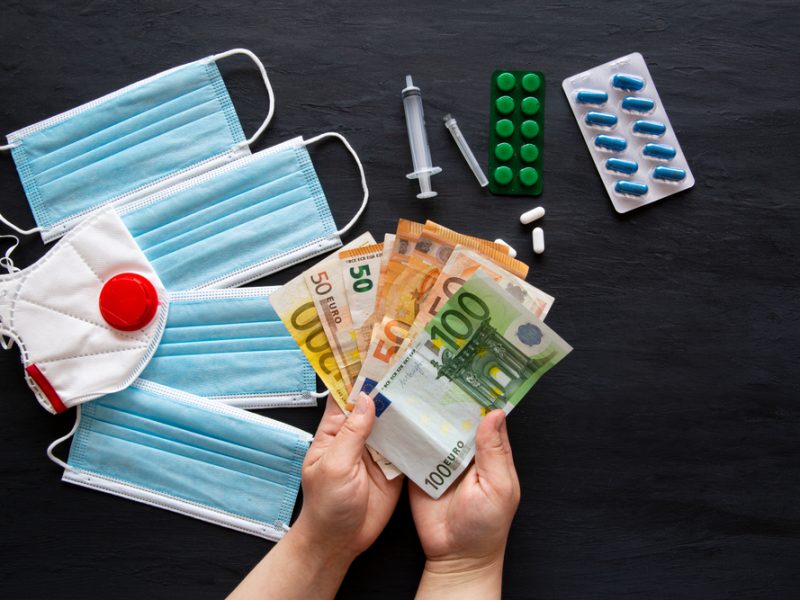