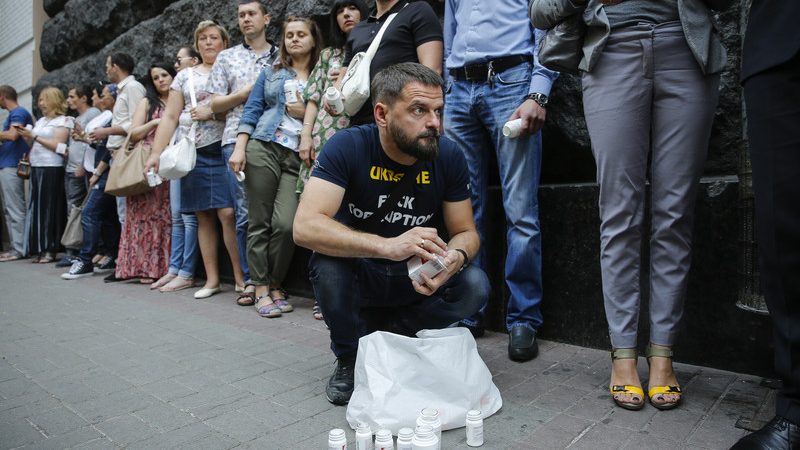 Ukrainian activists and people who are suffering from AIDS stand in a symbolic line for medicine during their protest next to the Cabinet of Ministers building, in Kiev, Ukraine, 01 July 2015. Activists came to protest and demand that the Ukrainian Ministry of Health provide medication for patients suffering from HIV AIDS. [EPA/ROMAN PILIPEY]

European countries have been asked to ensure “high standards” of HIV prevention, treatment and care for Ukrainians fleeing the war as the situation for HIV patients in Ukraine remains “desperate”.

UNAIDS estimates that 260,000 people were living with HIV in Ukraine before the war broke out, of whom 152,000 were taking daily medication for the virus.

Ukraine reported the second-highest newly diagnosed HIV infections rates in 2020 in the WHO Europe region, reaching 38 per 100,000 of the population, outnumbered only by the Russian Federation. In comparison, the highest EU rate was reported in Malta, at 16 per 100,000.

Since Russia invaded Ukraine, over 4.6 million people have fled the country.

During a webinar on “Supporting Ukraine, neighbouring EU member states and Moldova” on 23 March, Rimalda Voske from DG Sante warned that “WHO estimates that one in 100 displaced persons from Ukraine are living with HIV and may need continuous antiretroviral treatment to feel well, not to relapse, and become infectious again, as well as not to become resistant to medication”.

The statement asks for receiving countries to urgently develop and deploy national plans to provide free and easily accessible HIV care and establish a provision for a network of designated and accessible clinics to provide HIV testing and antiretroviral therapy.

A standardised protocol for the clinical management and medical data sharing for displaced people living with HIV from Ukraine was also released. 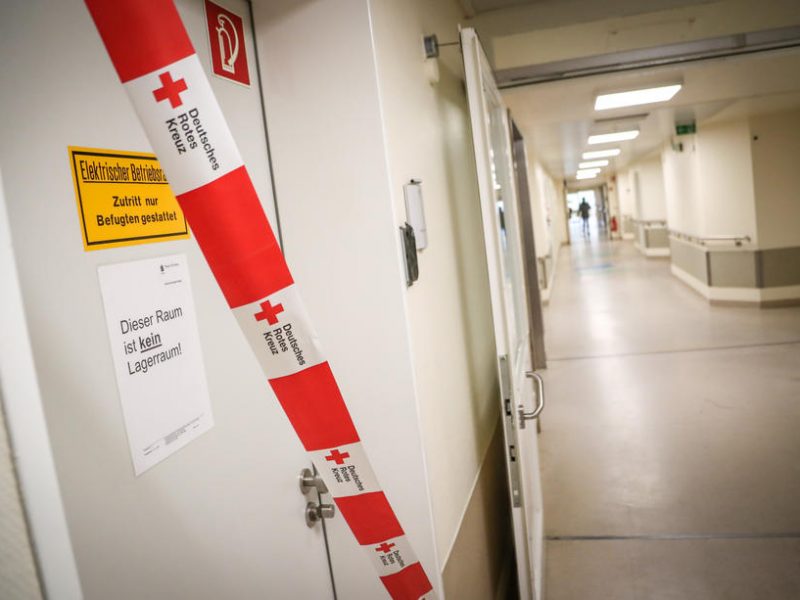 Similar issues were mentioned by Ann Isabelle von Lingen from the European AIDS Treatment Group, who said that “people are running out of medicines, and there are differences in medicines available in the EU”.

She added, “There’s also the issue of stigma and fear of disclosure, which might hinder people from asking for care or services.”

Lingen also mentioned issues of patient information, as some do not have their medical files and administrative barriers that delay access to treatment.

“It appears that in some countries, you have to prove residency status to access ART [antiretroviral therapy], but in some cases, if you’re in a refugee camp, you can’t actually do that,” she highlighted.

She urged simplifying procedures to access care and treatment and ensuring NGOs funding.

“For instance, in Poland, the NGOs providing services for the population affected by HIV were already chronically underfunded. And they have been providing enormous support in the last few weeks, but on their own resources,” she said. 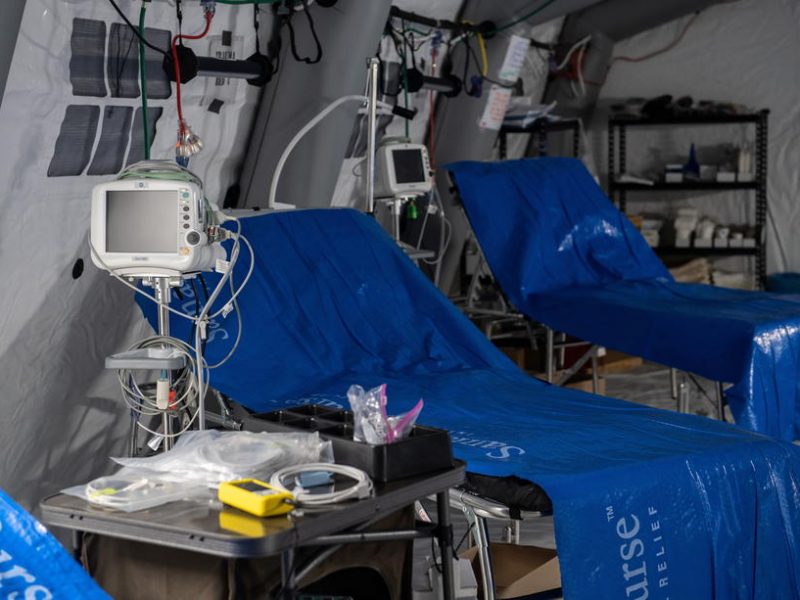 What the EU is doing already

At the beginning of March, Temporary Protection Directive was activated, ensuring rights to medical assistance for Ukrainian refugees.

Voske said that “the European Commission and its agencies are working hand in hand with all the members of the European family to Make sure that people living with HIV, having fled the war in Ukraine, receive the health care they need”.

Additionally, “the EU civil protection mechanism is coordinating the requests and offers of assistance to ensure the continuous medical care of displaced people from Ukraine,” Voske said.

She added that there is a need to “work more closely with community health care providers to [ensure] easy access and responsiveness by offering integrated services that take into account multiple infections,” including HIV.

“It is also paramount to make sure that the people fleeing the war in Ukraine have fast and targeted community information on how to get continuous HIV treatment in the EU,” she highlighted.

For that, the EU delegation in Ukraine is launching a project to target patients with HIV, tuberculosis, hepatitis and opiate substitution treatment to provide Ukrainians with information on possibilities to continue their treatment in the EU member states, Aleksandra Janovskaia, from European Commission’s External Action Service in Ukraine, Kyiv, said.

Other actions are targeted at the situation in Ukraine. Voske said that “all 27 EU member states as well as two EU civil protection mechanism participating states, Norway and Turkey, have made offers to Ukraine, including HIV medicines”. 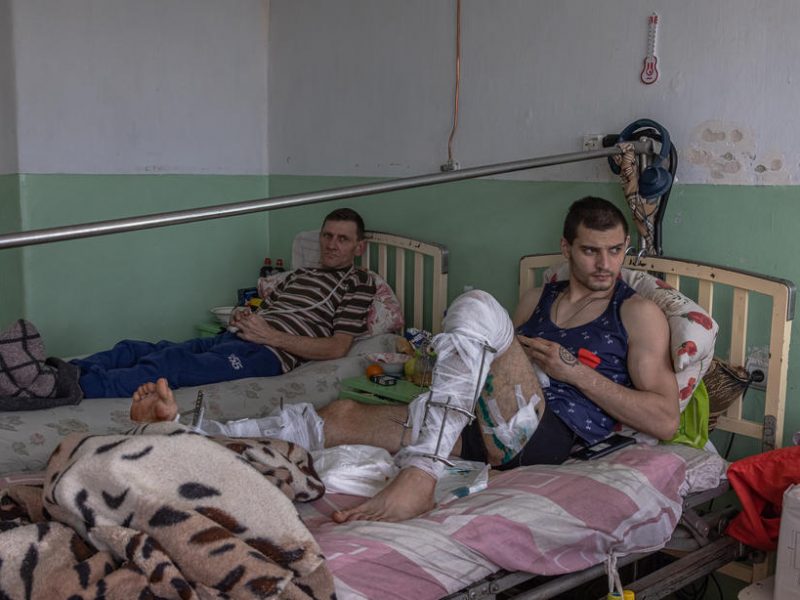 “We are trying to deliver medicines, food and other emergency assistance to people in need, but the work is dangerous, and volunteers are putting their lives at risk,” he said in the press release from 11 April. “If we don’t get more help, I am not sure how much longer we can continue, especially reaching people in the front-line zones.”

Over a week ago, a delivery of more than 18 million doses of life-saving antiretroviral medicine procured by the United States President’s Emergency Plan for AIDS Relief (PEPFAR) arrived in Lviv.

UNAIDS announced that “if they can be delivered to those in need, the medicines are sufficient to cover a six-month supply for all people living with HIV on first-line treatment”.