The European Parliament on Thursday (3 May) called on the European Union to launch a high-level diplomatic campaign to impose a worldwide ban on animal testing in the cosmetics industry.

Based on the EU’s experience with its own ban, in force since 2013, lawmakers called on European leaders to “use their diplomatic networks to build a coalition and to launch an international convention within the UN framework” in order to ban all animal testing for cosmetics before 2023.

Miriam Dalli, a Maltese lawmaker who is the author of the Parliament resolution, said Europe’s cosmetics sector was thriving despite the EU ban.

The ban even had positive effects on the industry by stimulating innovation, Dalli remarked, saying “Humane alternatives to animal tests can include simple organisms like bacteria or human tissues and cells, as well as sophisticated computer models.”

Jacqueline Foster, a conservative MEP from Britain who is Vice-President of the European Parliament’s Animal Welfare Intergroup, used even stronger terms, saying animal testing for cosmetics was “unacceptable,” “unjustified and barbaric”.

Guinea pigs, rats, and rabbits can sleep safe and sound in Europe as of today (11 March) after the last deadline specified in the Cosmetics Regulation entered into force across the European Union, forbidding the industry from using animal testing.

Animal rights campaigners were gleaming in Brussels after the Parliament resolution was adopted, by 620 votes in favour, 14 against and 18 abstentions. The resolution is non-binding however, meaning it does not legally oblige the EU to take action.

“The leadership that MEPs have shown by adopting this resolution deserves much credit,” said Michelle Thew, CEO of Cruelty Free International, an animal rights NGO.

“Now it’s time to work together to deliver a global end to cosmetics animal testing and eliminate animal suffering around the world,” she said in a statement.

Animal testing for cosmetics is prohibited in the Union since March 2009, a deadline which was extended to March 2013 for the most complex tests, such as repeated-dose systemic toxicity, skin sensitisation, carcinogenicity, reproductive toxicity and toxicokinetics, according to the European Commission.

Animal testing is still allowed in Europe for healthcare products and pharmaceuticals, as well as some chemicals and food, the Parliament remarked in a statement, saying “most ingredients” in cosmetic products “may therefore have been tested on animals under different laws”.

But 80% of countries across the world still allow animal testing for cosmetic products, MEPs pointed out, calling for a global ban.

“We estimate that over half a million animals – from rabbits to mice, rats, guinea pigs, and hamsters – are still used annually in cruel and unnecessary cosmetics testing worldwide,” Thew said.

“Five years after the full EU bans, the time is right to go one step further,” she said. 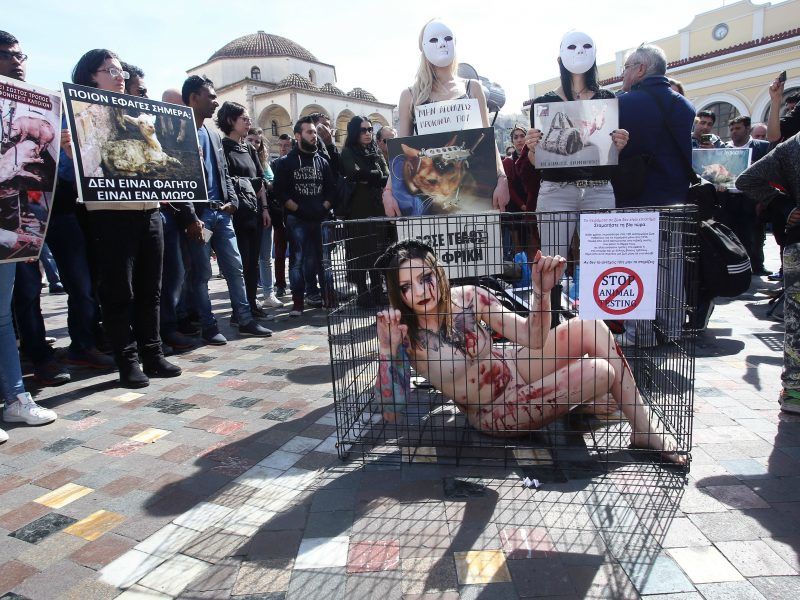