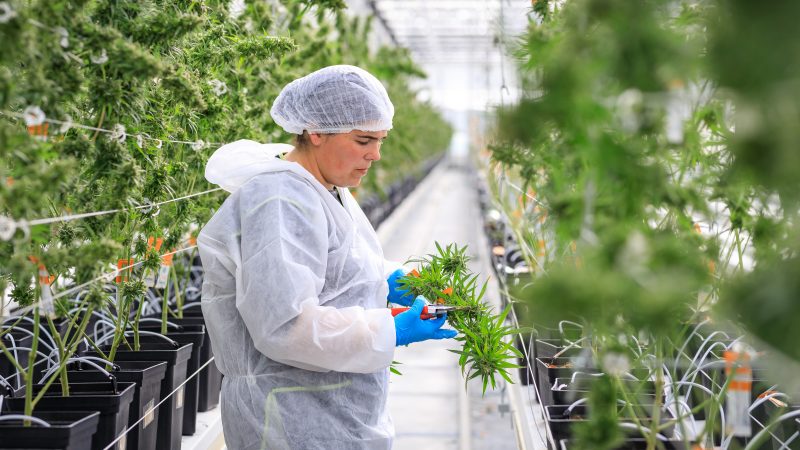 This article is part of our special report Shedding light on medical cannabis.

The recently established lobby group is taking its first steps in the Brussels bubble, advocating for an EU-wide regulatory framework on medical marijuana.

While the market for medical cannabis is already well developed in some EU member states, only EU-wide standards can ensure patients have the same across Europe.

Different legislation across EU countries on prescribing cannabis-based medicines can hinder patients’ access to their treatment when they travel abroad, EUMCA said.

“Our main priority is informing national and EU institutions about the opportunity that this treatment is offering,” said Sita Schubert, secretary general of EUMCA.

Lack of clinical trials is a major reason why doctors are cautious about the drug. But according to Schubert, health actors and lawmakers are also often simply not familiar with medical marijuana.

“The use of cannabis for medical purposes was forbidden for so many years due to strong national laws on narcotics that there was no opportunity of gaining experience with cannabis,” she told EURACTIV.

But Schubert believes the positive example of Germany can change perceptions when discussing an EU regulatory framework for medical cannabis.

According to her, the German regulatory approach allowed developing a quality and safe market for cannabis-based medical products in the country.

In January 2017, the German Parliament passed a reform of the country’s drug law, allowing easier access to cannabis products for therapeutic purposes.

The national cannabis association Deutscher Hanfverband (DHV) estimates that there are 50-60,000 health insurance patients prescribed with medical marijuana, which makes Germany the third-largest market for these products outside North America.

As a growing number of patients were prescribed with cannabis-based drugs, the industry’s revenues spiked as well. In Germany, statutory health insurance providers reported revenues of roughly €70 million for medical products containing cannabis in 2018.

But in the absence of an EU-wide framework, there could be growing unmet demand across Europe, EUMCA argues, saying the drugs can be not only life-changing but sometimes also life-saving.

In the past 20 years, there has been a surge of patient interest in using cannabinoids to treat a variety of conditions, according to the EU Monitoring Centre for Drugs and Drug Addiction (EMCDDA). Those include chronic and cancer pain, depression, anxiety disorders, sleep disturbances and neurological disorders.

Marijuana is also used to treat glaucoma, while some patients with Parkinson’s disease experienced lessen tremors, but more clinical trials are needed in this regard.

Patients without access to legal medical cannabis may, in the end, supply themselves on the black market, where no regulator can oversee quality or safety standards, EUMCA warns.

Licensed medical products receive the EU Good manufacturing practice (GMP) certification, a set of standards that all drug manufacturers must comply with.

The European Medicines Agency (EMA) coordinates inspections to verify compliance with GMP standards regarding the quality of drugs and whether they’re appropriate for their intended use.

Before hitting the market, all medical cannabis sold in Europe needs to be produced and tested under European GMP, together with Good distribution practices (GDP) certification for warehousing and distribution.

EUMCA is willing to work with companies of all sizes to push medical cannabis at the EU level.

The German pharma association Bundesverband der Pharmazeutischen Industrie (BPI), which represent more than 250 companies is a member of the association, together with big companies in the sector such as Tilray, Panaxia and Materia ventures. But there is also room for smaller companies like Cannaflos.

“It is very important that companies speak with one ethical voice for medical cannabis,” Schubert said.

“The future of medical cannabis is written now and it would be great if everybody who has an ethical medical approach would join us,” she said.

One response to “EU should adopt German standards on medical cannabis, campaigners say”