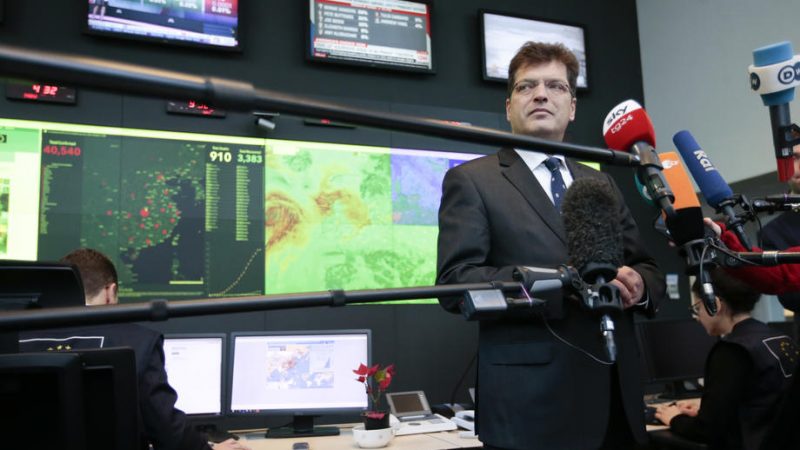 The European Union will hold an extraordinary meeting of health ministers on Thursday (13 February) to assess its preparedness in case Coronavirus hits the bloc in earnest.

According to AFP, the virus, which first emerged at the end of last year, has killed more than 900 people. Some 40,000 people have been infected in China and 350 elsewhere.

An EU source told EURACTIV that Europe should not panic as the incidents are still at low levels, but the EU-27 bloc should be prepared in the event of a large-scale crisis.

Commissioner for Crisis Management Janez Lenarčič said on Monday coordination and cooperation need to be our main focus as the Coronavirus outbreak affects more and more countries.

“Now is the time to join forces in order to stop this epidemic. It is crucial that the entire international community focus on preparedness and response efforts to fight coronavirus, keeping international solidarity in mind,” he noted.

The EU source said the ministers would examine whether the stockpiles of personal protective equipment are adequate, considering that they are mainly produced in China.

“So far this has not been necessary because we have had few cases. We will now discuss the preparedness of member states at the ‘quarantine’ level if the virus spreads across the EU on a large scale,” the source said.

Yet, a big question is what will happen with the free movement of persons from China.

Sources told EURACTIV that there are member states calling for a “transport ban” from China while others push for thorough controls at airports because border closures will have severe financial and other consequences.

Such a decision lies in the member states’ competence, but EURACTIV was informed that the European Commission will soon come up with a recommendation of possible measures to be taken.

The ministers will also discuss the progress when it comes to the production of medicines to face the fatal virus. The EU also announced on 31 January that it is providing €10 million from its research and innovation programme, Horizon 2020, to support research into the new Coronavirus disease.

The World Health Organisation is concerned that the outbreak outside China might worsen and the virus might spread to countries with weaker health systems.

Although it won’t be on the ministers’ agenda, the EU source said Brussels is worried about the possibility of Coronavirus reaching Africa, which has one of the “most fragile healthcare systems” in the world.

In an interview with EURACTIV recently, the Chinese Ambassador to the EU, Zhang Ming, said panic could be a more fearful adversary than the virus itself.

He also said that China is assessing the current situation in a calm and science-based manner and does not see the need for massive evacuation.