Europe battles COVID surge as WHO warns of 700,000 more deaths 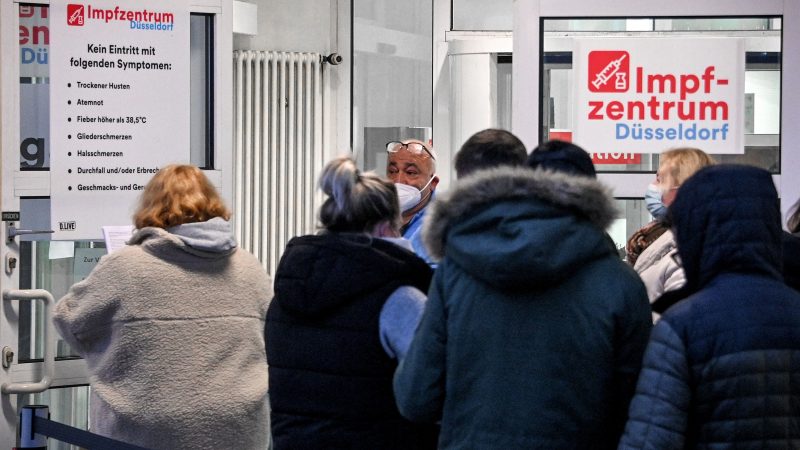 People queue for Covid-19 coronavirus vaccination at the main station vaccination center in Duesseldorf, Germany, 23 November 2021. Due to the increase in the number of infections, North Rhine-Westphalia state is tightening the coronavirus rules from 24 November. The focus is on 2G (vaccinated or convalescent) in the leisure sector and 3G (vaccinated or convalescent or with negative test) in the workplace. Nationwide, the 3G rule will apply on buses and trains as well as at the workplace. The 3G rules are expected to result in around one million citizen tests per day in North Rhine-Westphalia at the workplace, among other places. Unvaccinated people should also reconsider their negative attitudes towards vaccination as a result of the new regulations. [EPA-EFE/SASCHA STEINBACH]

Europe remains “in the firm grip” of COVID and the continent’s death toll could top 2.2 million this winter if current trends continue, the World Health Organisation warned on Tuesday (23 November).

Europe is battling an upsurge in the pandemic that saw Austria return to lockdown this week while Germany and the Netherlands are poised to announce new restrictions.

A further 700,000 people in the 53 countries that comprise the WHO’s European region could die by 1 March, the global health agency said, in addition to the 1.5 million who have already succumbed to the virus.

It expects “high or extreme stress in intensive care units (ICUs) in 49 out of 53 countries between now and 1 March 2022”.

Europe’s return to the pandemic’s epicentre has been blamed on sluggish vaccine uptake in some nations, the highly contagious Delta variant, colder weather moving people indoors again and the easing of restrictions.

In the European Union, 67.7% of the population is fully vaccinated.

But rates vary widely between countries, with low levels in many eastern countries. Only 24.2% of Bulgarians are fully vaccinated, compared with 86.7% in Portugal.

According to WHO data, COVID-related deaths in Europe increased last week to almost 4,200 a day, doubling from 2,100 a day at the end of September.

It said evidence was growing that vaccine-induced protection against infection and mild disease was declining.

Several countries, including Greece, France and Germany, are moving towards requiring a third booster shot for someone to be considered fully vaccinated.

Chancellor Angela Merkel has warned that Germany is not doing enough to curb its “highly dramatic” fourth wave of the pandemic.

With intensive care beds swiftly filling up and its weekly incidence rate at an all-time high of 399.8 new infections per 100,000 people, Germany’s worst-hit regions have ordered new shutdowns.

The German military is expected to add coronavirus jabs to the list of mandatory vaccines for soldiers “soon”, a defence ministry spokesman said.

The move would make troops the first German public servants to be obliged to be jabbed against the virus.

It comes as the army is preparing to deploy soldiers to help local authorities with vaccinations, tests and other efforts to counter soaring infection rates expected in the weeks ahead.

The US State Department has urged Americans not to travel to many European countries because of the surging COVID case numbers. 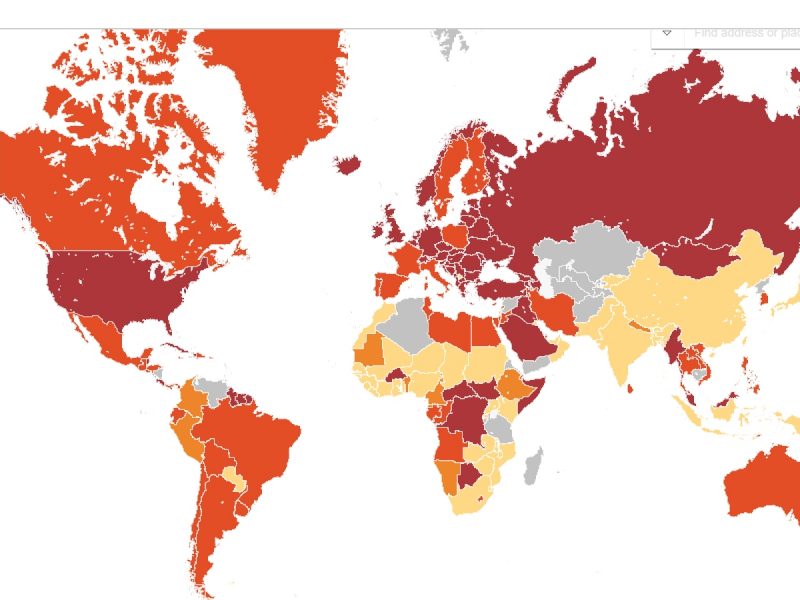 The US Centers for Disease Control and Prevention (CDC) and the State Department added Germany and Denmark to a list of European countries where US nationals are advised not to travel, because of a rising number of COVID-19 cases.

The rise in cases and hospitalisations have ignited a fierce debate in Germany about whether to follow Austria’s example and make vaccination mandatory for all citizens.

Austria meanwhile closed shops, restaurants and festive markets on Monday, the most drastic restrictions seen in Western Europe for months.

Israel, which is part of the WHO’s European region, on Tuesday rolled out vaccinations for children aged five to 11, one of only a handful of countries to inoculate minors that young.

About half of its recently confirmed cases were among those below the age of 11, it said.

The regional director for WHO Europe, Hans Kluge, said Europe and Central Asia “face a challenging winter ahead”.

He called for a “vaccine plus” approach, consisting of a combination of vaccinations, social distancing, the use of face masks and hand washing.

The WHO said face masks reduce COVID incidence by 53% according to a recent study, and “over 160,000 deaths could be prevented (by 1 March) if universal mask coverage of 95% was achieved”.

But the prospect of a winter under renewed restrictions has sparked unrest in several countries.

Belgium, the Netherlands and France’s Caribbean islands of Guadeloupe and Martinique were on Tuesday still reeling from violent protests against new anti-COVID measures.