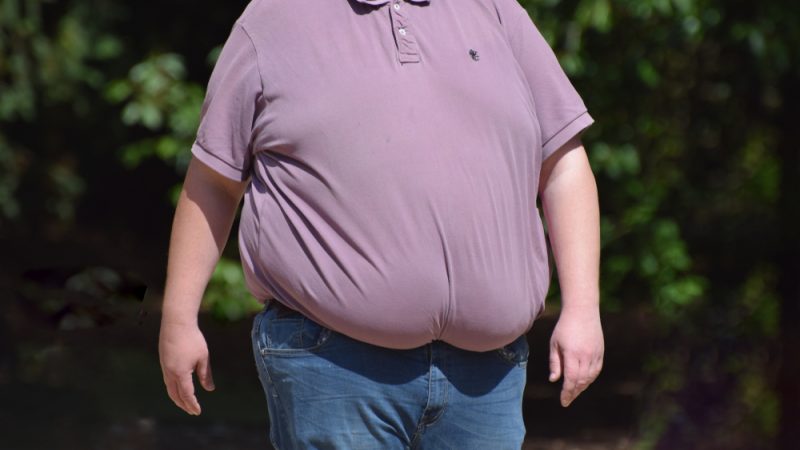 Malta, Hungary and Lithuania are the countries most affected by this "obesity epidemic", with 28.9%, 26.4% and 26.3% respectively, while Austria, Italy and Denmark are fairing best. [SHUTTERSTOCK]

With the launch on 20 April of the European Parliament’s intergroup on obesity, the EU legislative body aims to make resilient health systems a reality by addressing obesity as a prioritised chronic disease.

Malta, Hungary, and Lithuania are the countries most affected by this “obesity epidemic”, with 28.9%, 26.4% and 26.3% respectively, while Austria, Italy and Denmark are faring best.

Compared to 1975, however, it is Cyprus, Ireland, and Portugal that have suffered the most from this ‘obesity epidemic’. In just 40 years, these three countries have seen their obesity rate increase almost fourfold. 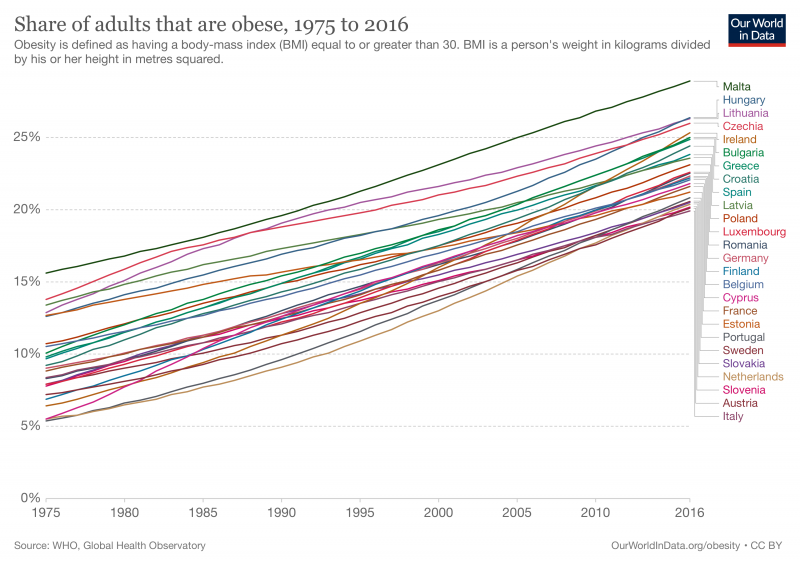 Adult obesity rate in 2016. Obesity is defined as having a body mass index (BMI) equal or superior to 30. Source: Our World in Data.

However, obesity also comes with a series of health complications that can be fatal.

Cases of type 2 diabetes, in particular, of which 44% are attributable to being overweight or suffering from obesity, as well as heart disease (23%). Also, cancer, for which – depending on the area of the body – between 7% and 41% of the cases are caused by being overweight or obese, which results in the death of at least 2.8 million people each year worldwide.

Being overweight or obese is, therefore, recognised as being the fifth leading cause of death, according to the WHO. 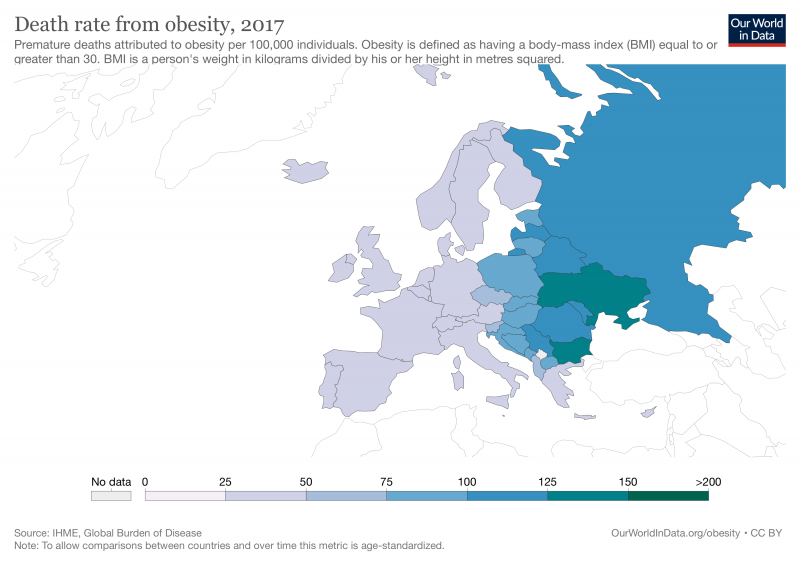 Obesity-related mortality rates in 2017. Source: Our World in Data.

However, the most worrying statistics for health professionals and policymakers are those relating to children.

In its EU Strategy on the Rights of the Child published on 24 March, the European Commission noted that “over the last 30 to 40 years, highly processed and unhealthy foods have become increasingly accessible and affordable, leading to an increase in overweight and obesity. ”

For example, one in three children in the EU aged between six and nine is overweight or obese, which can increase the risk of them suffering from diabetes, cancer, cardiovascular diseases or dying prematurely.

The countries most affected are mainly those in southern Europe, with 31.68% to 34.85% of children aged 2-4 in Greece, Italy, Spain, Bulgaria, Slovenia and Portugal found to be overweight in 2017. Only Belgium and the Netherlands had figures below the 20% mark. 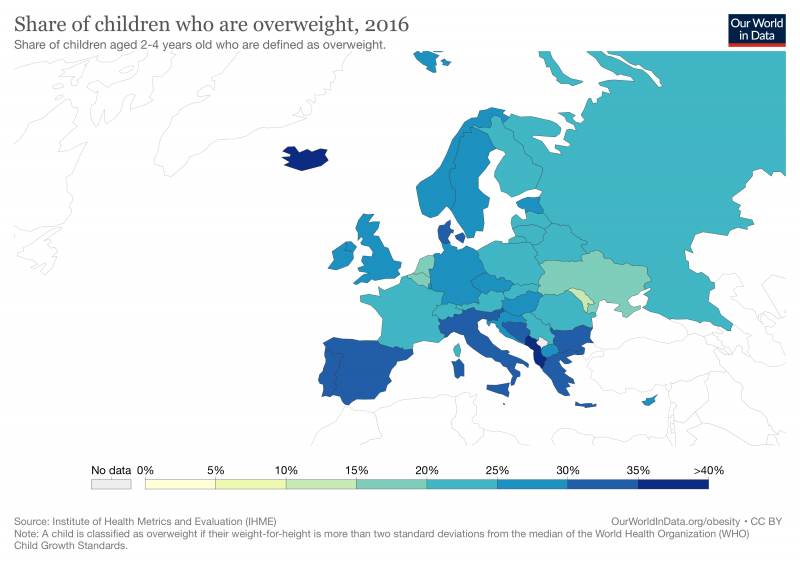 Children aged two to four considered overweight in 2016. Source: Our World in Data.

The Commission has decided to tackle the issue by launching its school fruit, vegetable and milk scheme, as well as the EU action plan on childhood obesity for the 2014-2020 period, which will be evaluated for follow-up.

The Commission’s Farm to Fork strategy also calls on the food and retail industries to increase the availability and affordability of healthy and sustainable food choices, and the HealthyLifestyle4All campaign seeks to promote a healthy lifestyle for everyone across all generations and social groups, including children.

*This article was written in the framework of the European EDJNet project. 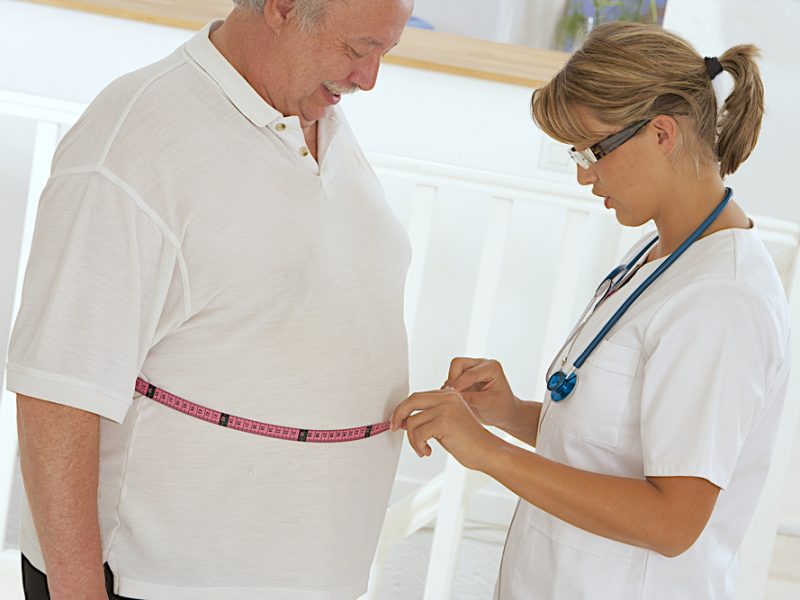