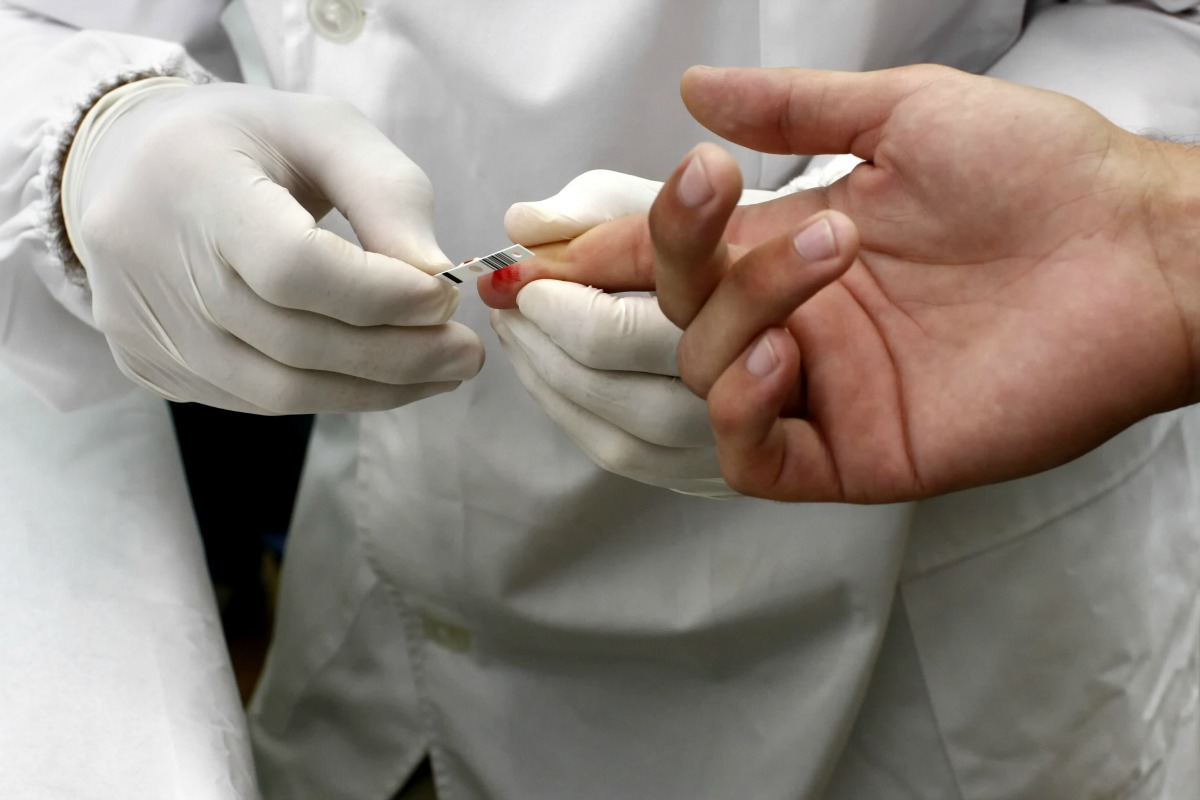 Heart diseases related to bad cholesterol are too often associated with unhealthy lifestyle choices like drinking, smoking and lack of exercise. But this fails to take account of the genetically inherited form of the condition, health experts warn, calling on the European Union to take more leadership to help diagnose the disease at an early age.

So-called ‘bad’ cholesterol – low-density lipoprotein type or LDL – is known to increase the risks of heart disease and stroke.

54% of Europeans have high levels of bad cholesterol, the highest prevalence in the world.

>> Check our infographic: Europe has the highest prevalence of high cholesterol in the world

Heart attacks are “thirty years in the making”

Bad cholesterol can have many causes and is frequently associated with ageing and unhealthy lifestyles – such as lack of exercise, smoking, drinking and a diet overly rich in fat.

But a large proportion of people also inherit the condition at birth from their parents – so-called Familial Hypercholesterolemia, or FH. For these patients, cardiovascular complications which typically happen as of middle age in fact took decades to develop.

“There is no such thing as a sudden heart attack,” said Jules Payne from Heart UK, a health charity. “It’s thirty years in the making,” she told a EURACTIV Institute conference in the European Parliament last Wednesday (10 December).

In the UK, half of the 175,000 heart attacks occurring annually are linked to cholesterol, Payne said. And at least 120,000 Britons are believed to have Familial Hypercholesterolemia, meaning they will develop heart complications “at some point”, regardless of how healthy their lifestyle is, she added.

What’s worse, a lack of screening means very few people actually know they have the condition, leaving huge parts of the population undiagnosed.

“Between 80% and 90% of those with FH are unidentified,” Payne warned, calling for an early screening of the condition.

However, not much is being done for early screening of patients, especially at a young age when lifestyle changes and statin treatments are most effective. When the EU hosted a high-level summit on chronic diseases in April 2014, the European Commission decided to focus its action on diabetes, cancer and other chronic illnesses, neglecting cholesterol altogether.

Speaking at the EURACTIV conference, Isabel De La Mata, principal advisor at the European Commission’s health directorate (DG Sanco), said the EU executive is fully aware that cardiovascular diseases are the most common cause of death in the EU and deserve attention.

But she said EU member states do not want the Commission to interfere with what they largely regard as a national matter. At EU level, she said the Commission was focusing on health determinants such as tackling alcohol abuse, promoting healthy diets and physical activity. She also pointed to EU legislation to restrict tobacco, describing it as a “real success story” on prevention.

“The most important thing is prevention. It’s the best cure,” De La Mata said, rejecting calls for the EU to take more leadership on the matter.

Nessa Childers, an Irish MEP from the Socialists and Democrats (S&D) group and member of the Parliament Heart Group, agreed but added that various different sectors would have to get involved.

“For instance, there’s a lot of talk about lifestyle factors. We all know what they are supposed to be doing, like eating properly and exercising. The latter is a problem. Let’s look at the workplaces and how much the working culture in the EU militates against a healthy lifestyle. How many employers take any responsibility for the workers having enough time for exercise,” Childers said.

“We need to talk about all the areas of people’s lives. People need permission to stop working,” the MEP added.

Prevention should even include screening children, according to professor Alberico Catapano, president for the European Atherosclerosis society. Many Europeans are hit by familial hypercholesterolemia (FH), a genetic disorder characterised by high cholesterol levels.

“When I was diagnosed with high cholesterol, I was told to change my eating habits so I ate a lot of carrots,” said Gunnar karlsson, chairman of FH Sweden, a patient association. “But that didn’t have an impact at all until I started to undergo treatment,” he continued saying “it’s very important to distinguish high cholesterol from FH”.

Professor Catapano says early screening is essential and can help diagnose FH in a whole family. “If you detect one person, in many families you can then detect three others people with FH. So this is a very cost-effective medicine,” he said.

However there is “huge inequality between countries” in Europe regarding awareness of FH. “The European Parliament should consider because the aim is to bring everybody to the same level,” Catapano said, calling on the European Commission to support the establishment of an EU-wide registry.

Physicians themselves can be a barrier to effective prevention, Catapano added, saying there can be “little knowledge of this disease, even among specialists”.

“There needs to be easy access to the way we detect and diagnose FH. It only takes one minute and three questions and that’s all. If we are able to do that then we will really detect a very high-risk population and we can take care of them.”

Jules Payne, chief executive at Heart UK, underlined that a strong focus on cardiovascular disease in the UK has contributed to rates of diseases going down by 20% over the past decade. However, policymakers are more eager to combat obesity, diabetes and smoking than cholesterol, she said.

“The focus on cholesterol has gone away a little and I’m not afraid to say that cholesterol is now under the carpet in the UK. It’s not being seen as an important risk factor even though it should be,” she said.

Payne stressed that high levels of cholesterol, and the related illnesses, not only is a burden for the British economy, but also has tremendous impact on the individual and his or her relatives.

“When six out of ten adults in the UK have high cholesterol, it’s a major, major issue that shouldn’t be brushed under the carpet,” the CEO of Heart UK said.

“It’s still a post-code lottery within the UK. It’s very sad to see that we still have so many people who have the condition who have not been identified. And what’s so important about this condition is that because it’s genetic… once it has been identified, it can be treated and you can live a long healthy life,” she continued.

At a local level, pharmacies could play a bigger role as, Payne said, as they in many cases have the means, tools and resources to screen people. At the European level, EU-wide awareness campaigns could be a solution to reach national politicians as well as populations.

“Member states will refuse it”

But the Commission’s De La Mata was wary of launching an EU-wide initiative.

“Member states will refuse if we suggest an EU-wide awareness campaign because they will have country-specific issues and market differences and what will work in one country won’t work in another,” the Commission representative stated.

Jeremiah Mwangi, global policy advisor at the World Heart Federation, emphasised that in general it is difficult to find out what member states are doing in order to tackle bad cholesterol among the populations. Though the WHO has set up frameworks which member states agree to, these are rarely reported on, he said.

Europeans suffer from the highest bad cholesterol in the world, with a prevalence of 54% for both sexes, according to the World Health Organisation (WHO).

According to a 2011 report by the Cardiovascular Resource Group, 133.3 million people in the five biggest EU countries (Germany, France, Italy, Spain and the UK) suffer from too much bad cholesterol, comparable to the overall number in the United States (135.1 million).

Statistics in the report show that the numbers have grown steadily over the past years.

0 responses to “Europe’s cholesterol problem ‘brushed under the carpet’”