Vytenis Andriukaitis: "We cannot deny the reality. We cannot go on pretending that e-cigarettes are for smoking cessation when we see so many young people starting to smoke them." [Shutterstock]

E-cigarettes may be less harmful, according to some reports, but they’re still “poison,” said Arūnas Vinčiūnas, head of cabinet of EU Health Commissioner Vytenis Andriukaitis.

The EU official was speaking at a EURACTIV event last week (30 January), where many participants called for a broader dialogue with policymakers on sensitive health topics like tobacco.

Asked why the Commission had systematically refused to meet with tobacco industry representatives during the current term, Vinčiūnas replied:

“There is reluctance and a specific attitude towards the tobacco industries,” which does not exist with other sectors.

“We are struggling to put together the two sides to discuss simple things, and people are, sometimes, very stubborn,” he added.

“There are scientific reports saying that e-cigarettes are less harmful than cigarettes,” he said. “But it’s still tobacco.”

“You can drink less poison, but it is still poison in the end,” he added.

Referring to his personal experience, he said a school friend of his actually quit smoking after losing a bet with him.

“This is a simpler solution than e-cigarettes” to quit smoking, he argued. 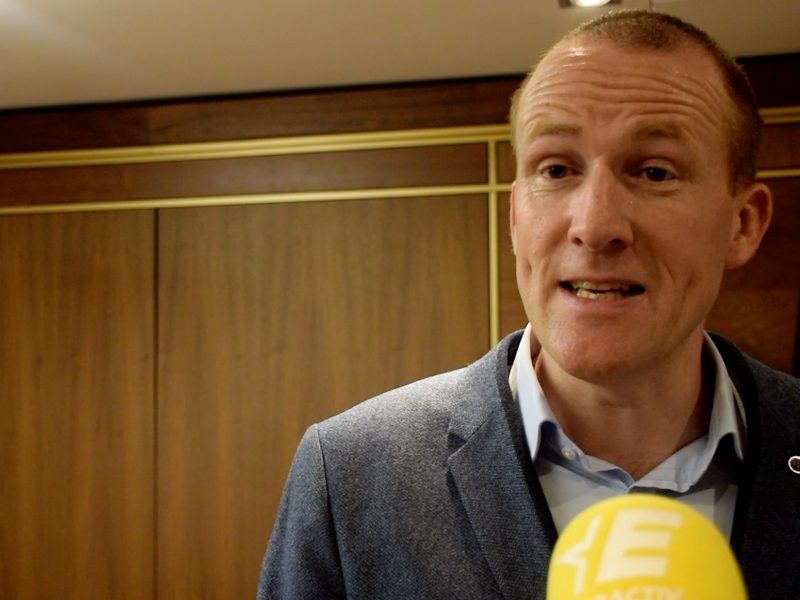 The tobacco industry claims that vaping is a good way to replace and eventually stop smoking, and should therefore be encouraged.

But the European Commission and the World Health Organisation (WHO) say there are suggested treatments to quit smoking and novel tobacco products should not be recommended by health professionals.

Speaking to EURACTIV on the sidelines of the event, Vinčiūnas said there was nothing in the pipeline on novel tobacco products in the current legislative term, which ends in May this year.

“A report on e-cigarettes is due in 2021 according to the tobacco directive,” the official indicated, saying much will depend on this report.

EU Health Commissioner Andriukaitis is also sceptical of e-cigarettes. During a speech in Athens earlier this week, he attacked e-cigarettes, saying he is worried that an increasing number of young people across Europe turn to them.

“We cannot deny the reality. We cannot go on pretending that e-cigarettes are for smoking cessation when we see so many young people starting to smoke them,” Andriukaitis said.

During his visit to Athens earlier this week, Andriukaitis also criticised the Greek government for failing to implement an anti-smoking law.

According to the WHO, Greece’s compliance with the UN’s smoke-free environments framework is quite poor.

A law adopted in 2008 that prohibited smoking in public places has never been implemented. Over 80% of Greek people are said to be angry about it, considering the government’s stance on tobacco a cultural degradation of the country.

During his speech in Athens, Andriukaitis showed a picture of Greece’s vice minister for health, Pavlos Polakis, smoking in a public space.

“It’s a shame,” Anriukaitis said, adding that the Greek parliament should urgently address the issue.

“It is not a matter of free will if someone smokes or not. When this happens in a public area, it is a violation of human rights,” Andriukaitis added.