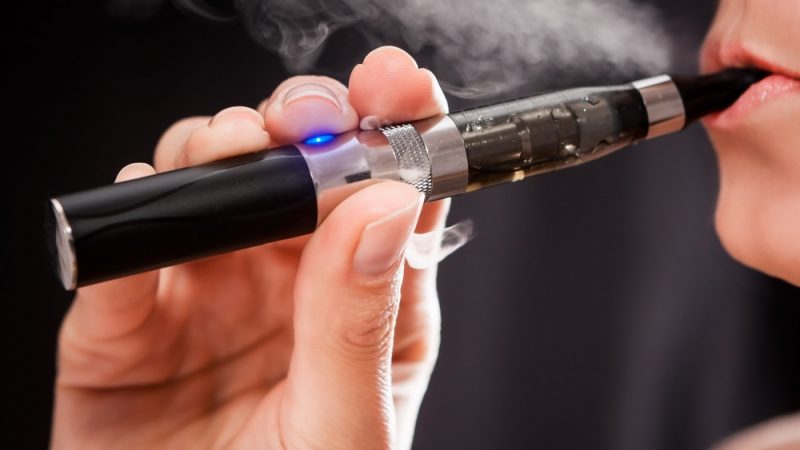 In a report published on 20 May, the Commission said that SCHEER's latest assessment of the risks of e-cigarettes supported "the careful and precautionary approach taken so far."  [Shutterstock/REDPIXEL.PL]

E-cigarettes are currently covered by the Tobacco Product Directive (TPD), based on the fact that they contain nicotine, a toxic substance.

Advocates of e-cigarettes say they could help smokers quit, but the Commission has so far been cautious about whether they should be considered smoking cessation aids.

In a report published on 20 May, the Commission said the latest assessment of the risk of e-cigarettes by SCHEER (Scientific Committee on Health, Environmental and Emerging Risks) supported “the careful and precautionary approach taken so far.”

“The SCHEER opinion underlined the health consequences [of e-cigarettes] and the important role they play in smoking initiation,” the report said.

However, “insofar as e-cigarettes are smoking cessation aids, their regulation should follow the pharmaceutical legislation,” the report added.

Backers of e-cigarettes have long argued that these novel products are much less harmful than conventional cigarettes and could be used as an aide to help kick the habit. They also cite a number of studies supporting their case, which they say have been ignored by EU policy makers.

The reference to pharmaceutical legislation, though, may prove to be tricky for e-cigarette manufacturers, keen to maintain consumer appeal for their products.

“Medically regulated pathways to cessation abound, yet these do not appeal to all adult smokers, many of whom do not want to lose the satisfaction that they receive from smoking,” he said.

To achieve public health benefits, he added, it was important that potentially lower-risk alternatives to cigarettes remained as appealing and as available as the original products.

“Medicalising next-generation nicotine products would make them harder for smokers to access than cigarettes and would limit the potential public health benefits that the Commission claims to seek,” he said.

Another tobacco industry source, who spoke to EURACTIV on condition of anonymity, said the report did not amount to a major shift in approach to regulation of e-cigarettes.

The report supports the status quo, that the products fall under the TPD unless their presentation or function means they fall under the EU Directives on medicinal products and devices, as expressed in Article 36 of the TPD, the source said.

“This is uncontroversial, and there’s nothing in the Commission’s report suggesting that there has been any problem in this regard,” the source added.

“Article 20 of the TPD, which regulates e-cigs, came into effect only five years ago. The market is developing, and the scientific debate is advancing. More and more smokers are moving away from cigarettes and using e-cigarettes instead. Now is not the time to put the entire regulatory framework in question,” the source said.

However, the Commission’s report dismissed attempts by some in the industry to present e-cigarettes as reduced-risk products, as well as claims that they help smokers to quit, pointing to their popularity among young adults and attractiveness for first-time smokers.

“However, worrying trends of popularity exist among youths. There is strong evidence that flavours in e-liquids are attractive to youths and adults. Significantly, young people use non-traditional flavours in particular, such as candy and fruit,” the report said.

“These flavours strongly influence young people by decreasing harm perception and increasing the will to try. Member states are increasingly banning flavours for e-cigarettes,” it added.

“While no product is without risk, next-generation nicotine devices offer potentially lower risks than traditional combustible products. We hope the Commission will consider these relative risks when reviewing the TPD,” he said.

“Failing to do so would be to ignore the experience of the millions of European adults who have now moved away from cigarettes with the help of next-generation devices, and the population-level public health impact such changes in nicotine consumption can bring,” he added.

The tobacco industry source said the Commission had failed to ask whether the growth of novel products, such as e-cigarettes and heated tobacco products, had contributed to the reduction of smoking prevalence across the bloc.

“It is highly unlikely that the objectives for reducing smoking could have been achieved without the new market for novel products,” the source said.

The source also compared the Commission’s report with a recent report published by Public Health England (PHE), which has taken a friendlier stance toward e-cigarettes as smoking cessation aids.

PHE has stood by its stance that vaping poses only a small fraction of the risks of smoking and switching completely from smoking to vaping conveys substantial health benefits over continued smoking.

“Based on current knowledge, stating that vaping is at least 95% less harmful than smoking remains a good way to communicate the large difference in relative risk unambiguously so that more smokers are encouraged to make the switch from smoking to vaping. It should be noted that this does not mean e-cigarettes are safe,” the PHE report said.

The same report also stated that e-cigarettes are attracting very few young people who have never smoked into regular use. “E-cigarettes do not appear to be undermining the long-term decline in cigarette smoking in the UK among young people,” the report reads.

Meanwhile, anti-tobacco NGOs such as the European Network for Smoking and Tobacco Prevention (ENSP) hailed the Commission’s recent assessment, saying many of their findings were reflected in the document.

In particular, groups such as the Smoke Free Partnership recommended reviewing and harmonising definitions of tobacco and related products in the TPD and across EU legislation, including a specific definition for heated tobacco products and a revision of the definitions, classification and market pathways for novel tobacco products.