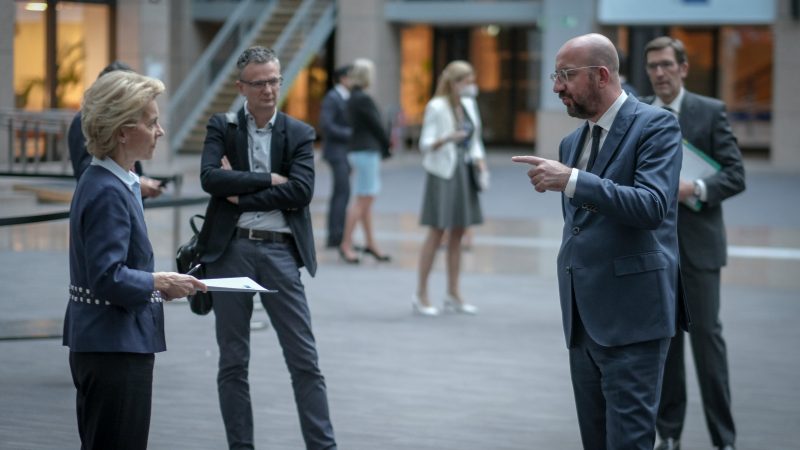 European leaders are backing an initiative from Brussels to raise €7.5 billion to find a vaccine to curb the global coronavirus pandemic.

The president of the European Commission, Ursula von der Leyen, outlined the fund-raising plan for the scientific fight-back against COVID-19 on Friday.

An online pledging conference will take place on Monday (4 May) to plug gaps in financing of research.

The president of the European Council, Charles Michel, and Norway’s Prime Minister, Erna Solberg, also signed and all gave their backing to the World Health Organization in the face of US criticism about its handling of the crisis.

The funds raised will “kickstart an unprecedented global cooperation between scientists and regulators, industry and governments, international organisations, foundations and healthcare professionals”, the leaders said.

But they warned that more money would still be needed to manufacture and deliver “available, accessible and affordable” medicines across the world.

“If we can develop a vaccine that is produced by the world, for the whole world, this will be a unique global public good of the 21st century,” they added.

Britain, Canada, France, Germany, Italy, Japan, Norway, Saudi Arabia and the European Commission, are co-hosting the conference, which is part of a month-long international investment drive before the Global Vaccine Summit on 4 June.

UK Prime Minister Boris Johnson, who spent three nights in intensive care with COVID-19, said finding a treatment was “the most urgent shared endeavour of our lifetimes”.

He will confirm Britain’s pledge of £388 million for vaccine research, tests and treatments, which is part of a wider £744 million to the global effort against the virus.

“To win this battle, we must work together to build an impregnable shield around all our people, and that can only be achieved by developing and mass producing a vaccine,” he will tell delegates, according to his office.

“The more we pull together and share our expertise, the faster our scientists will succeed.”

Dozens of research projects are under way around the world to find a vaccine, which the United Nations has said is the only way for a return to normal life.

On Thursday, British pharmaceutical giant AstraZeneca announced a partnership with Oxford University for the large-scale manufacture and potential distribution of a vaccine currently on trial.