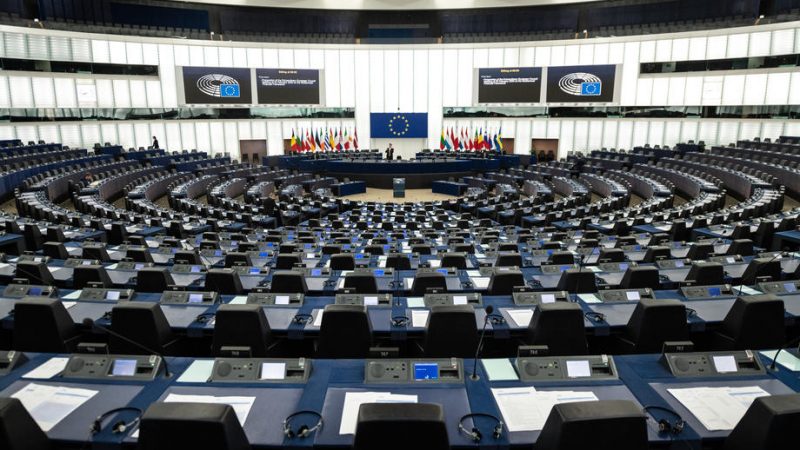 Next week’s plenary session will be moved from Strasbourg to Brussels due to “significantly higher health risks”, European Parliament president David Sassoli said on Thursday (5 March), after France reported more cases of the new coronavirus.

“Due to force majeure, I decided that the necessary security conditions are not in place for the usual transfer of the European Parliament to Strasbourg for the plenary session next week,” Sassoli said in a statement.

The novel coronavirus COVID-19 has spread further over the last few days and new infection clusters have been confirmed, the senior Italian lawmaker said explaining his decision.

“It now appears that the journey to the part-session of Parliament in Strasbourg would involve significantly higher health risks for members and staff as well as the local population,” Sassoli added.

On Monday, the European Parliament suspended visitor access to its buildings in Brussels and Strasbourg in a bid to reduce the spread of COVID-19. It also cancelled 130 events involving external participants.

Several political groups had called for transferring the plenary session to Brussels due to the rise in coronavirus cases in France.

Before the announcement, one Parliament official told EURACTIV that many EU lawmakers had been “mildly put, not very happy with the decision” to stick to the planned Strasbourg plenary as it “poses a considerable risk”.

“In the end, it was likely just to please the French, as a cancellation would have been perceived as a threat in the single-seat debate,” the official quipped.

Under the Parliament’s rules, the EU institution must hold 12 plenary sessions per year in Strasbourg, the official seat of the European Parliament.

It was the biggest one-day jump in the number of French cases since the outbreak began, raising the total to 423.

In Belgium more than 50 people have been confirmed as having the virus, only two of them in Brussels, with no fatalities.

Two staff members working for the EU administration in Brussels have tested positive for the novel coronavirus and are receiving treatment, European officials said Wednesday.

One of them, a man working at the European Defence Agency (EDA), had returned from Italy on February 23.

The second, who works in the security department of the European Council, is thought to have been infected in Brussels after having been in contact with the first man.