Formula One driver Lewis Hamilton of Mercedes AMG Petronas F1 Team in action during the during the qualifying session of the Singapore Formula One Grand Prix in Singapore, 21 September 2019 [Photo: . EPA-EFE/WALLACE WOON]

The German racing outfit hopes to underpin its sustainability quest by ramping up the use of renewable energy at its two UK bases – where parts are made, race data is crunched and wind tunnel testing carried out – and changing its logistics.

Single-use plastics are set to be scrapped from catering services and the team’s organisers will also adapt travel schedules so that personnel and drivers stay in hotels that have strong green credentials.

“We have taken the challenge on in trying to be net carbon-zero in 2020,” said team boss Toto Wolff. “By this summer, we will be receiving all of our energy from renewable sources, which is something that we are very proud of.”

Formula One travels to more than 20 race destinations around the world every year – although that number is now at risk because of the coronavirus outbreak – and travel emissions are set to be neutralised by gold standard offsetting projects.

That means more investments in certified reforestation and clean energy installations that have a proven track record of reducing greenhouse gas emissions. Teams also want facilities at racetracks to reflect their new needs. 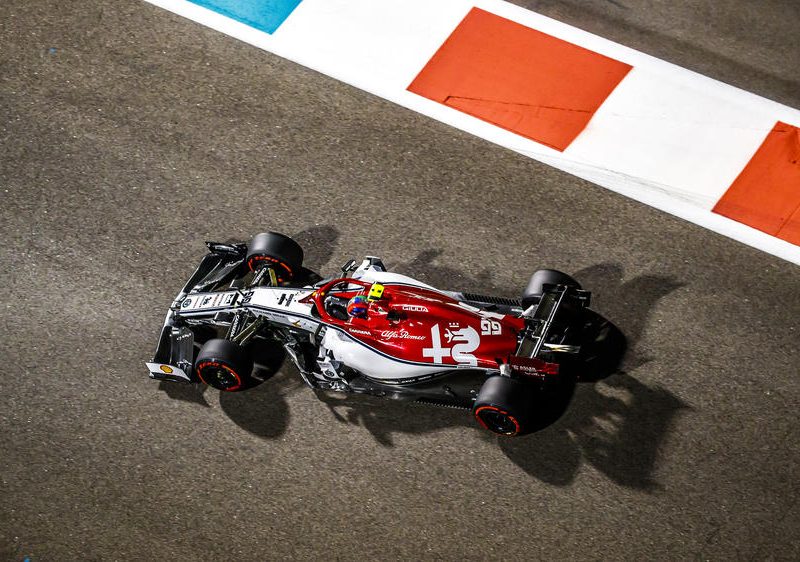 Although F1 is synonymous with large and loud engines, the motorsport actually boasts some of the most efficient propulsion units ever engineered. The thermal efficiency has reached around 50%, while road cars average about 25%.

That is a result of advancements in engine technology, energy-recovery systems and cleaner fuels.

The sport as a whole has targeted carbon-neutrality by 2030 and for all its teams to reach a sustainable level by 2025.

Betting big on green initiatives is also an exercise in self-preservation for the sport, as rival racing series Formula E – which involves all-electric cars – has stolen a march on the 60-year-old sport, by upping fan involvement and bringing in ex-F1 drivers.

One of those, Brazilian Felipe Massa – who was briefly world champion in 2008 before Hamilton beat him by just one point – recently called F1 “boring” and warned the sport could be at threat because of petrol and diesel car bans in different countries.

“It creates problems for F1 – they need to solve this, otherwise they will be in trouble,” Massa said. “They could soon be in a tricky situation.”

Whether bans would have any impact on F1 remains to be seen – countries like the UK have announced plans to phase out new car sales, rather than cars already on the road – and the revenues generated by the sport for local economies will surely go in F1’s favour.

The first F1 race of the season will get underway in Australia on 15 March, while the FE series already kicked off in November, in Saudi Arabia.