FIFA wants to “set a benchmark for environmental stewardship” during the next football World Cup “by implementing leading sustainable building standards, waste and water management practices and low-emission solutions”.

The organisers’ objective is “to reach carbon neutrality before the tournament kicks off and leverage the event to leave a climate legacy for Qatar and the region,” FIFA said.

The international football organisation has “underlined its commitment to organising a carbon neutral and sustainable FIFA World Cup in Qatar,” said Federico Addiechi, Head of Sustainability & Diversity at FIFA in a statement released in November.

In January, FIFA has fleshed out its strategy, outlining 22 sustainability-related objectives.  Those are based on designing, constructing and operating the facilities in a sustainable way, in order to minimise or offset polluting emissions resulting from the event.  The strategy also aims at lowering and better managing waste as well as limiting the use of water.

From construction to management

To host the World Cup, Qatar will need to build or refurbish at least eight stadiums, plus training sites and temporary infrastructures. All this has an important carbon footprint and the same goes for operating the actual event.

But FIFA has demanded that stadiums be “designed and built following sustainable building standards” in order to reduce the negative ecological impact. This includes prioritising the use of recycled and recyclable materials and reducing carbon emissions as low as possible.

The football organisation will assess the environmental impact of stadiums based on the Global Sustainability Assessment System (GSAS), a performance-based green building certification system developed and used by the Gulf Cooperation Council countries.

According to FIFA, all the stadiums that will host the World Cup are “on track” to qualify for the certificate while the Khalifa International and Al Janoub Stadiums achieved it in 2017 and 2019 respectively.

These stadiums are expected to exhibit energy savings of up to 47% and water savings of around 44%, the organisation claims. 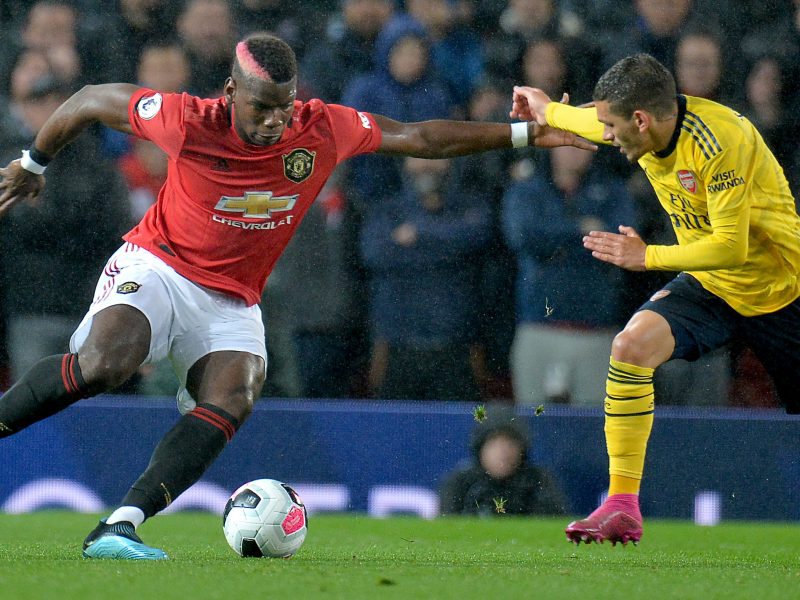 A study conducted in England has listed its football teams according to their environmental performance and four Premier League clubs – Arsenal, Manchester City, Manchester United and Tottenham – are leading the table.

Like any other big event, the organisation of the World Cup is an important source of carbon emissions, from transport to energy production and food.

However, the choice of Qatar as host of the event poses particular challenges for the environment, starting with the remote location, which makes flying the only transport option for most of the football teams. The energy production in Qatar, based on fossil fuels, represent another enormous challenge for FIFA to achieve a carbon-neutral tournament.

Furthermore, Qatar is lagging behind when it comes to waste management. The country’s recycling rate reaches only 10% compared to the EU’s 55%, for instance.

FIFA prefers looking at the bright side, saying the World Cup will be “a catalyst to promote the development and uptake of waste management and recycling solutions” in Qatar. But their strategy hardly focuses on improving the country’s waste management system. Rather, raising awareness and reducing waste seem to be the goals.

Long criticised over their lack of transparency, the organisers have committed to providing clarity on climate action by putting together a greenhouse gas emissions inventory for the preparation, the staging and the post-event activities, including reducing and offsetting emissions.

FIFA wants to minimise the tournament’s carbon footprint by promoting the use of renewable energies, and energy-efficient equipment. It also wants to encourage the use of public transport that will be further developed ahead of the event and deploy a fleet of low-emission vehicles to help people move around during the tournament.

This will also help reduce air pollution, a serious challenge for Qatar which has vowed to improve the situation by 2022. During the tournament, the facilities will be surrounded by green spaces to improve air quality.

The organisers want to raise awareness among the public on how to reduce or offset their emissions and FIFA has said it will implement its own programme to offset the remaining emissions.

German football veteran Ewald Lienen is convinced that football is political and bears social responsibility. Today, the Technical Director of FC St. Pauli is committed to climate protection – not only on the pitch.