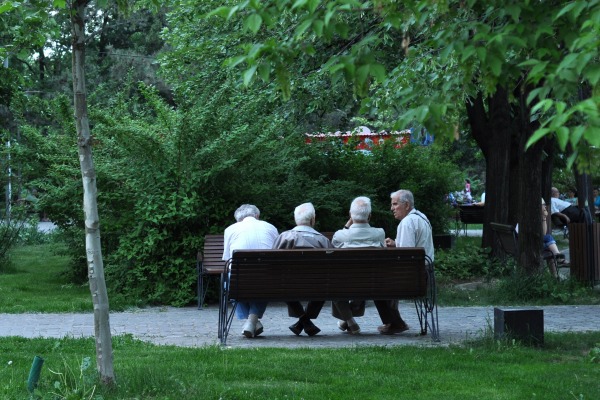 Researchers say that due to demographic changes, policymakers have to make hard choices now for the healthcare systems 25 years from now. (Shutterstock)

SPECIAL REPORT: Many EU governments have made deep cuts to healthcare spending during the financial crisis. But changing demographics mean drastic change is around the corner, with four challenging objectives.

The Dutch National Institute for Public health and the Environment (RIVM) has mapped out future health outcomes for the Netherlands, based on four objectives.

“None of these perspectives will be the reality,” warned Henk Hilderink, a senior scientific research at RIVM, as he presented the scenarios at the European Health Forum Gastein (EHFG) in Bad Hofgastein in Austria on Wednesday (1 October).

The scenarios are meant to force incumbent politicians to determine the kind of healthcare system they want for future generations, as “having it all” will be impossible, Hilderink said.

Speaking at the Gastein Forum, Hilderink said the Netherlands currently spends €83 billion per year, or 14% of its GDP, on health, a figure which is expected to rise to 20% in 2030 due to the growing rate of chronic diseases, as well as changing demographics.

“No one knows what our health systems will look like in the future,” Hilderink said as he presented the four perspectives.

“The future systems will be a mix because, many will want a little bit of everything,” he said, adding that since not everybody will benefit from future healthcare systems, policy makers can use the different perspectives to get an idea of which groups in a society will win or lose, if only one perspective is carried out.

Caroline Costongs, managing director for EuroHealthNet, an NGO which promotes health equity, said governments should respond not only by targeting risk groups, as suggested in the second scenario, as that would fail to narrow health gaps.

“We have to make sure that these groups improve on health at a faster rate than the rest. But if you only target the most vulnerable people, you may miss those who in the long run will be unable to sustain a healthy life. None of the perspectives can stand alone. They are all interlinked and need to be tackled,” she said.

No business as usual

Scott Greer, associate professor of Health Management and Policy at the University of Michigan, said the Dutch researcher had done a “mean thing” by forcing people to make a choice between objectives that are all are positive, and unarguable.

“It’s a nice way to express divergence and different priorities. Instead of just always using scary scenarios for people who smoke or are obese, we can also talk about what kind of public health policy we want,” Greer said.

Monika Kosi?ska, programme manager on Governance for Health at the World Health Organisation’s (WHO) Regional Office for Europe, added that some parts of the perspectives were already visible today, but overall the scenarios are “enormous goals”.

“These are four aspects of the holy grail in terms of health systems and well being. They imply a huge amount of change. I think this is a wonderful way for us to look at what we are trying to achieve and articulate all the time. In actual terms, we are not heading anywhere at the moment, though we know that if we don’t do something now, and something quite dramatic in terms of the way we are organising our care, we will certainly not be at any of these four scenarios,” Kosi?ska said.

‘Business as usual’ is not an option in order to achieve even just one of the scenarios, she continued, saying many decisions are being taken outside the health sector.

“It’s an aspect which we need to bring into this discussion. One thing we do know about 2040, is that the world will be a different place. The impact of climate change is going to have ever more presence, with shocks delivered to our systems. There will be many different ways we will develop as a society. For example, demographic change is one of the things we will look at differently in 2040, I suspect,” the WHO representative said.