France: blood donation to be open to gay men without conditions from March 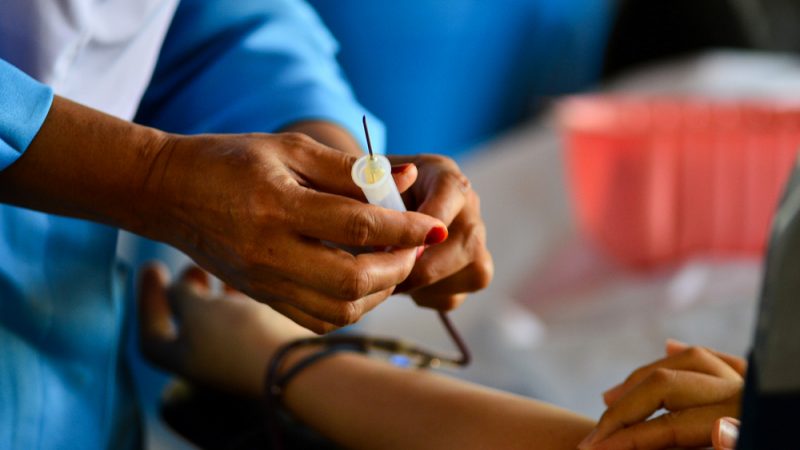 In France, from 16 March, gay and bisexual people will be able to donate blood without any preconditions. [Shutterstock]

Men who have same-sex relationships will now be able to donate blood in France with no preconditions, according to the Ministry of Health and the Directorate General of Health on Tuesday (11 January).

Until now, men who have sex with men (MSM) have to prove that they have been abstinent for four months if they want to donate blood. One of the reasons for this restriction was the increased circulation of AIDS among homosexuals, which was considered risky for donations.

But the changes that will come into effect from 16 March mean that “there will no longer be any discrimination linked to a person’s sexual orientation”, Professor Jerôme Salomon told a press conference.

“We are putting an end to an inequality that was no longer justified,” said Olivier Véran on Twitter.

The decree was signed on Tuesday (11 January) to formalise the decision, which also comes within the framework of the bioethics law justifying the health minister’s “political will” to make blood donation possible for all.

Since 2016, men in same-sex relationships could only donate blood if they observed a one-year abstinence period. In 2020, this period was reduced to four months.

From now on, they will simply have to answer a questionnaire in the same way as heterosexuals. The new questionnaire will focus on donors’ “sexual practices” rather than their “sexual orientation”, says Professor Salomon.

For example, donors will be asked whether they have had sex under the influence of drugs, paid sex, or sex with several people.

This change in the conditions of access to blood donation is made possible thanks to “the extreme vigilance of the authorities”, continued Jérôme Salomon.

A small novelty in the questionnaire: anyone who has taken treatment for pre- or post-exposure prophylaxis (PrEP and PEP) will have to declare it and wait four months before giving blood.

The COVID-19 pandemic has had a significant impact on already insufficient blood reserves. “There is a permanent tension,” warned the French Blood Establishment (EFS) during the press conference, which said it currently has 77,000 blood bags, whereas 100,000 are needed.

The situation in other countries

In Lithuania and France, MSM had to prove that they had been abstinent for four months to donate blood. But from 1 May, they will be able to donate blood without a four-month abstinence period.

A decade ago, the Office of the Equal Opportunities Ombudsperson in Lithuania highlighted that unsafe sexual behaviour should be considered a risk factor instead of sexual orientation.

With this historic step forward for the rights of LGBTQI+ people, France and Lithuania join the UK, Spain, Italy, Portugal, Poland, the Czech Republic and Switzerland.

In other countries such as Belgium, Germany and Austria, blood donation by homosexuals is still subject to certain conditions.