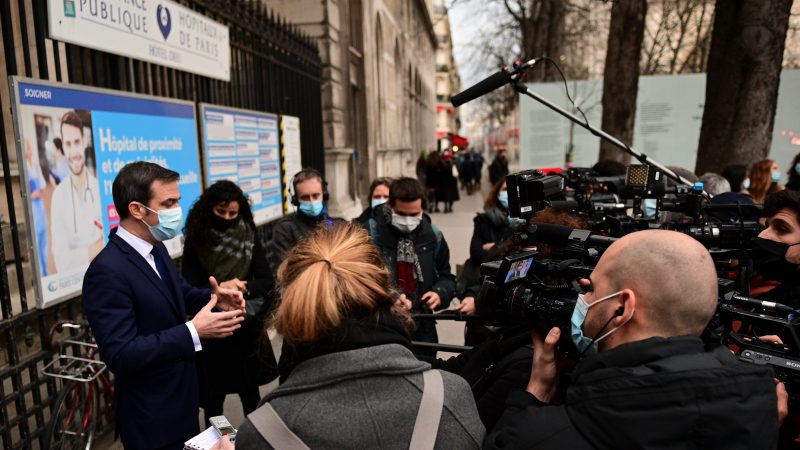 The French government, under pressure for lagging behind EU neighbours in rolling out Covid vaccinations, promised on Tuesday (5 January) to dispense jabs much more quickly and catch up.

Health Minister Olivier Veran said more than 2,000 people had been vaccinated on Monday — compared to 264,000 so far in Germany — and that the “cruising speed of vaccinations will catch up with our neighbours in the coming days”.

The French government has been playing catch-up with its neighbours since the start of an EU-wide vaccination drive on 27 December.

Opposition politicians have slammed the slow progress as a “scandal” and said France had become the laughing stock of the EU.

“By Thursday we will increase numbers in a major way,” Veran told RTL radio, saying that “we will be on an exponential curve”.

France would now “amplify, accelerate and simplify” its vaccination strategy, he said.

Veran said vaccinations for people over 75 years of age who are not in care homes would be authorised by the end of January, covering five million people.

He said the campaign would also be widened to include firefighters and home helpers over 50.

France was currently taking delivery of 500,000 doses of a vaccine developed by Pfizer per week, Veran said.

Once approved for the EU, 500,000 doses of a vaccine by Moderna would be added every month, he said.

‘Tell us the truth’

Opposition politicians were not satisfied by the minister’s promises, with Xavier Bertrand, president of the northern Hauts-de-France region, saying: “I want the government to tell us the truth: Exactly how many doses have been ordered by France?”

Bertrand said he had “the unpleasant impression that there is a lack of vaccines”, while the Socialist deputy mayor of Paris, Emmanuel Gregoire, asked: “Where are the doses now?”

Manon Aubry, a European Parliament deputy for the left-wing France Unbowed, said that “2021 starts just like 2020 ended, with a lack of preparation, amateurism and, after the fiasco concerning masks and testing, we now have the fiasco of the vaccines”.

Two deputies from the opposition LR party meanwhile called on the National Assembly to summon the health minister for an update.

Scepticism about vaccines is making the government’s task harder.

Just 40% of French want to take the vaccine compared with 77% in Britain, according to an opinion poll last week by Ipsos Global Advisor in partnership with the World Economic Forum.

Veran also said France had detected “about 10 suspected or confirmed cases” of a new variant virus strain that emerged in England, adding that authorities were watching the highly-contagious mutant virus “like hawks”.

French deaths from Covid totalled 65,415, they said, after 380 new deaths were recorded.