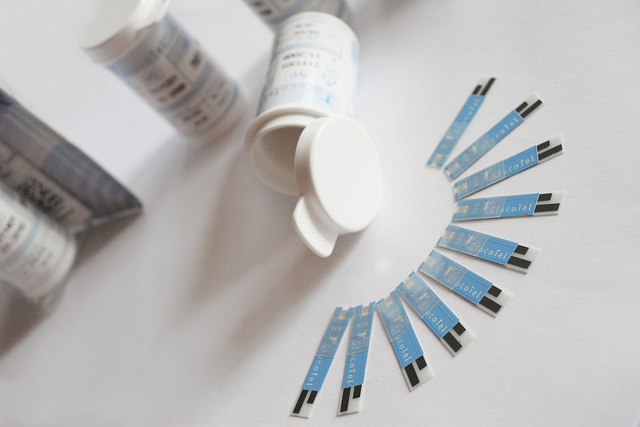 The French Diabetes Federation wants to raise awareness about the silent nature of diabetes and how it increases the risk of cardiovascular diseases. EURACTIV France reports.

Diabetes is a major cause of cardiovascular diseases. Diabetics are three to four times more likely to suffer from heart diseases.

The French Diabetes Federation and its network have organised the Diabetes Awareness Week since 2012. It will be held this year between 2 and 8 June.

“There are approximately 4 million diabetics in France and our estimations show that about 700,000 are not aware of their condition. Diabetes is a silent epidemic which is on the rise. If nothing is done in the next ten years, the number of French diabetics will increase to 8 million,” stated the organisation.

A distinction must be made between type 1 and type 2 diabetes. Type 1 predominantly affects young people and is less common. Type 2 is the chief cause of the epidemic. According to the Federation, type 2 diabetes affects 2.7 million people in France.

Diabetes is caused by a lack of insulin, due to insufficient pancreatic production or high blood sugar levels. It can also develop from insulin resistance, a case where the pancreas produces insulin that is rejected by the body.

Type 2 diabetes often develops under the radar. Patients see a professional when the first serious complications emerge, at which point treatment will be late.

“Diagnosing diabetes is often late, because it is a subtle disease. Initially, blood sugar levels and blood pressure increase slowly. It takes between 5 and 10 years before the first signs and diabetes can be diagnosed,” said Patrick Henry, a Parisian cardiologist.

There are many health complications associated with type 2 diabetes, but the most worrying is the amplified risk of cardiovascular diseases. This is especially true if diabetics smoke, have high cholesterol, high blood pressure or are overweight.

“Heart attacks are a huge risk for diabetics. They are three or four times more at risk. The study shows that patients with type 2 diabetes have the same risk of heart disease as patients who have suffered from heart attacks,” stated Patrick Henry.

Disease of the disadvantaged

The number one victims of type 2 diabetes are the less well off. Patrick Henry describes it as the disease of the disadvantaged, because it mirrors societal differences across France.

“There is a North/South diabetes gradient. This might be because eating habits are worse in the northern regions compared to the Mediterranean lifestyle in the South of France, which is healthier for diabetics,” stated the cardiologist.

Prevention is central in order to limit the spread of diabetes. Taking greater control over the initial stages of diabetes would help deal with the epidemic.

“The tendency can be reversed during the initial phases of the disease, in the first ten years. After this period, it is no longer possible. Therefore, prevention is crucial,” Patrick Henry told EURACTIV.

According to the World Health Organisation (WHO), an estimated 3.4 million people died from consequences of fasting high blood sugar in 2004. More than 80% of deaths occurred in low- and middle-income countries. In Europe, Eastern countries are most affected. Diabetes tends to affect the less well-off. Diabetics who have high cholesterol levels, high blood pressure, and a lack of exercise increase the risk of heart disease.

Diabetes is a major factor leading to cardiovascular diseases. People suffering from diabetes are three to four times more at risk of heart diseases.