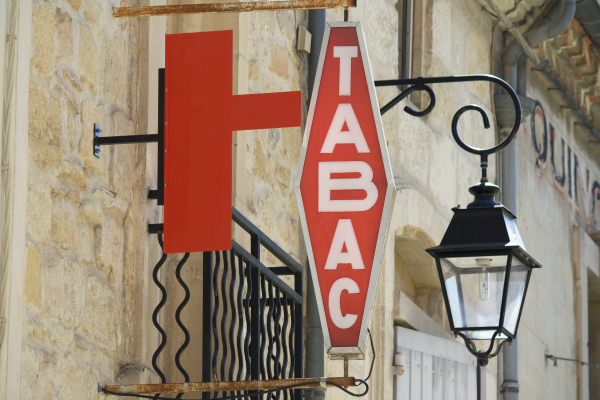 Tobacconists have claimed exclusivity over the sale of e-cigarettes in France, which are currently sold in all shops. The tobacco directive remains silent over the sensitive issue.

In France, a tobacconist lodged a complaint against a dealer of electronic cigarettes for “unfair competition” because the product can be considered as a derivative of tobacco, the plaintiff claimed.

The case has put the distribution of e-cigarettes to the forefront of the political debate. In France, there is a legal vacuum on the matter, even though a law dating back to 1983 states that cigarettes and smoking products "fall under the monopoly distribution of tobacconists”, "even if they do not contain tobacco".

Another legal controversy surrounds advertising, which is prohibited in France since the introduction of the “Evin” law. The French Health Minister, Marisol Touraine, promised several times that advertising for e-cigarettes would be prohibited but has not tabled any legislation so far.

In 2013, the e-cigarette business is expected to amount to €200 million, according to official figures.

"70% of our network already offers electronic cigarettes for sale," says Jean-Luc Renaud, secretary general of the Confederation of tobacconists, which has some 27,000 members in France.

The sums at stake are not negligible. Tobacco products are taxed at about 80% of their selling price. But e-cigarettes are considered like any consumer product and are therefore subject to VAT alone, which amounts to 19.6% in France.

For Jean-Luc Renaud, of the Confederation of tobacconists, e-cigarettes fall under the tobacco sale monopoly law and should therefore be sold exclusively by tobacconists. "We want that the sale of the electronic cigarette is done exclusively within the framework of the network of tobacconists," he said.

A European directive in negotiation

At EU level, other countries have monopolies on tobacco sales, such as Denmark or Sweden, but existing EU laws have remained silent on e-cigarettes until now.

This could change soon. The European Parliament voted for a new draft tobacco directive earlier in October, which provides a clearer framework for e-cigarettes but does not address retail issues.

The Parliament's green light now opens the way for negotiations with the representatives of the 28 EU member states, with MEPs hoping to clinch a deal before the European elections in May 2014.

Once the directive is enacted, member states will then have 18 months to transpose it into national law.

The first tobacco control legislation in the EU was introduced in the 1980s.

Since then, EU legislation has developed in the areas of product regulation, advertising and protecting people from second-hand smoke, as well as prevention.

Health Commissioner Tonio Borg was set to widen the scope of cigarette-trading rules to cover potentially harmful electronic cigarettes, flavourings and marketing strategies – potentially including plain packaging – as part of a revision of the 2001 Tobacco Products Directive.