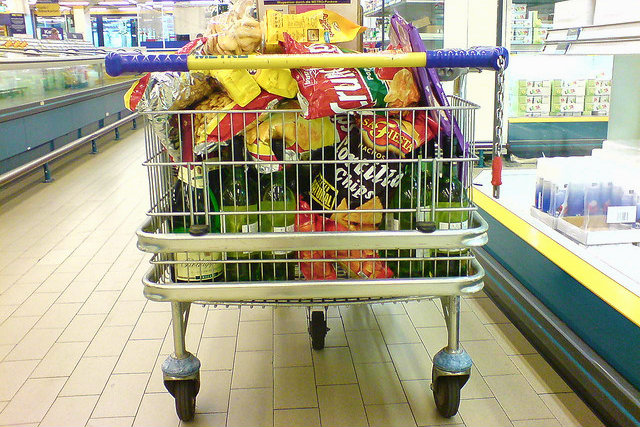 Price levels for private consumers in Germany are slightly higher than the EU average. [Thomas Schewe/Flickr]

The cost of goods and services for private consumption are slightly higher in Germany than the EU average. But in Germany, consumers live more cheaply than those in most neighbouring states. EURACTIV Germany reports.

The price level for private spending in Germany was approximately 1.5% higher than the average of the EU-28 in 2013, the German Federal Statistical Office announced on Friday (20 June).

But according to the 2013 numbers, the price level in most countries adjacent to Germany is higher – with the exception of Poland and the Czech Republic.

Amongst EU member states, Bulgaria was the cheapest. There, consumers pay less than half of the EU average (-51.6%) to purchase a representative shopping basket of items.

Among European countries outside the EU, consumers in Switzerland (+55.9%) and in Norway (+54.9%) have to dig even deeper into their pockets than those in Denmark.

The results are based on preliminary results on purchasing power parities (PPPs) and comparative price levels that Eurostat published on Thursday (19 June).

For alcoholic drinks and tobacco products, the price level in Bulgaria (59% of the average) was the lowest. It was the highest in Ireland (178%). This wide margin is primarily due to differences in taxation of these products within the member states.

Clothing is one of the product groups with the least difference in price level among the member states. In Hungary, the price level for clothing was the cheapest (75% of the average). In Sweden, it was the most expensive (130%).

Among restaurants and hotel services, the price differences were somewhat more significant. In Bulgaria, price levels in these sectors were at 47% of the EU-average, and in Denmark, up to 149% of the average.

The EU has several initiatives aimed at extending consumers' rights across borders. Amongst those being reviewed are the Consumer Programme 2014-2020 and the Consumer Agenda.

The EU executive in November 2011 tabled a proposal for Consumer Programme 2014-2020 with four main goals: to improve product safety through monitoring and enforcement; expanding public awareness campaigns on consumer rights; ensuring that EU consumers have a common set of rights, such as the right to receive product information and guarantees; better enforcement of consumer laws by EU and national authorities.